Streets of Rage 4 Launches This Month 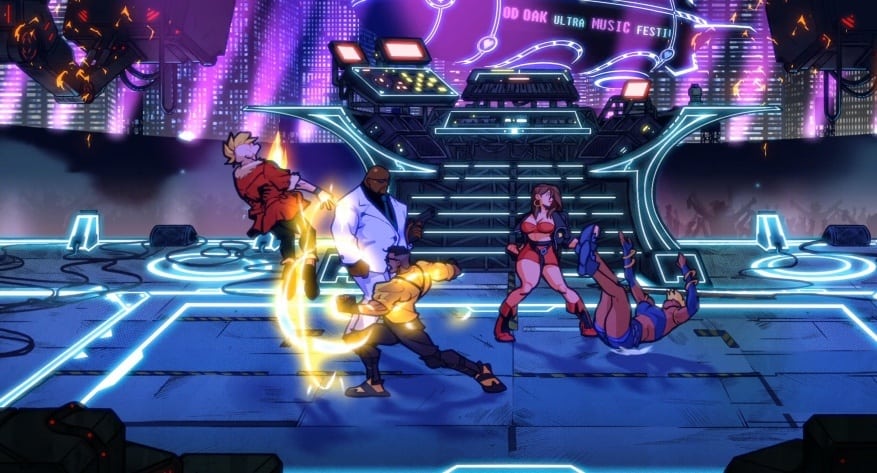 The game’s new announcement trailer shows the return of Battle Mode, a 1v1 mode that pits players again each other. The game was also announced for Xbox Game Pass.

Streets of Rage 4 marks the first new entry in the series since 1994. Released for the Sega Mega Drive in 1991, the original was one of Sega‘s premier IPs. Famed for popularising the beat em’ up genre in the 90s, fans have been pinning for a sequel/spiritual successor for the last twenty years.

Despite Streets of Rage‘s popularity during Sega‘s heydays, the series has remained virtually dormant since the original trilogy launched. They attempted to revive the series a few times — once on the Saturn and again on the ill-fated Dreamcast. However, Sega never gave the series another chance after the company’s decline in the early 2000’s. Sega shifted focus to Sonic and other breakout successes like the Yakuza series. There have been numerous fan games and spiritual successors over the years, but this is the first new game in the series.

It looks to blend the classic gameplay of the original three games with a new cel-shaded art style. The game is being developed in collaboration with Dotemu (Wonder Boy: The Dragon’s Trap, FF7 Remake), Lizardcube, and Guard Crush Games. Dotemu will also handle publishing for the game.

Are you excited for a brand new Streets of Rage? Let us know in the comments below!