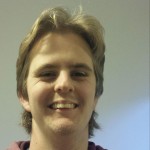 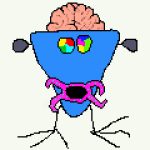 JRPGs: what makes a great one?

The technology space continues to grow very fast as new inventions are popping up every day. Nowadays, you can play online with the help of this new technology. An example is virtual reality gaming. VR is where you play a game using virtual systems. The feeling is as if you […]

There are a lot of reasons to play pokies online at some of the best online casinos. If you play online instead of playing in person you do not even have to get out of bed. This can turn from a social activity that you planned for months to a […]

When you are in search of a good online casino, look no further than Pokie Place. From signup bonuses to loyalty rewards, you will get a lot of perks and benefits from playing at Pokie Place, and they also offer more games than your average online pokie. You will not […]

Video games have always been a form of escapism in times of stress. They help us to relax, let off steam, and forget about our real-world problems for an hour or so. It’s little wonder then that so many people have turned to video games in what has been undeniably […]

If there is one thing that is getting under the skins of players nowadays, it is the idea of a game being a “Live Service.” At first, the concept sounds amazing: getting to enjoy a game that has more content coming over time. What could possibly go wrong? Well, if […]

Recently, there was a huge spike in people talking about loot boxes in games. Several countries are calling for their removal, and Belgium is currently on the way to ban them completely. So what are loot boxes and will they be restricted? What are the loot boxes? Unlike a cash […]

Spider-Man: Miles Morales emerged with new exclusive gameplay this week. The gameplay was courtesy of gaming magazine, Gameinformer. This was apart of their exclusive interview with the developers of the game from Insomniac Games. The videos featured new combat, a snowy setting, a boss fight, and Spidey’s appearance. Also, a new […]

Video games have been getting bigger and bigger over the last couple of years. So much so that games like Red Dead Redemption 2 boasts a massive open-world that’s both detailed and feature heavy. Games with sprawling worlds offer players a seemingly endless amount of things to do. In fact, games nowadays […]

One of the main benefits of attending a cybersecurity conference is networking. Many small businesses and big organizations are represented in such events. While the main purpose of attending such events is connecting with other businesses, the information shared in the event is also crucial for the average internet user. […]