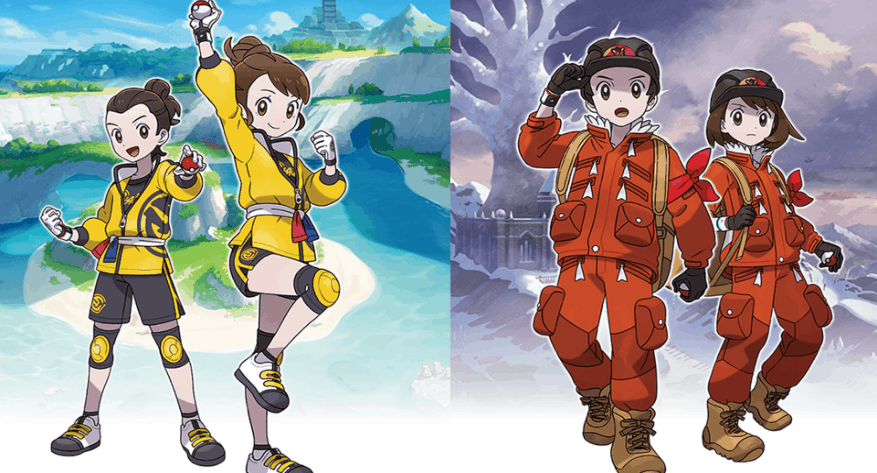 Today’s Pokémon Direct surprised many with loads of new updates and reveals, including a new  Mystery Dungeon game and DLC for Pokémon Sword and Shield.

On top of that, a demo will drop on the Nintendo eShop for you to try out the game before purchasing. Once completed, you can transfer your save data from the demo to the full version upon release. Both the demo and preorders are available now.

Pokémon Sword and Shield Get An Expansion Pass

The remainder of the presentation showed new content for Pokémon Sword and Shield in the form of an expansion pass. This will serve as a replacement to the traditional third enhanced game that the series usually produces each generation. Players who purchase the pass can use the save data from their main game to jump right into the campaigns.

The pass will consist of two parts called The Isle of Armor and The Crown Tundra, with each containing new areas, stories, and Pokémon. Along with that, both parts will bring back older Pokémon previously not available in Sword and Shield. If you don’t purchase the pass, you can still obtain these Pokémon with a free update that will let you trade with others who have the expansion. New characters and modes will also be available, such as a man named Mustard who will act as your mentor in The Isle of Armor and a new co-op mode that will let you and your friends capture legendary Pokémon from past games in The Crown Tundra.

The expansion pass is currently available to preorder on the eShop for $29.99 per game version. The Isle of Armor will arrive by the end of June 2020, while The Crown Tundra has a planned release for fall 2020. A small update also launches today that allows players to get a small taste of what the new content will offer.

What was your favorite part of the Pokémon Direct? What Pokémon content are you excited for the most this year? Let us know in the comments below! For more news updates, check out our articles on the rumored Nintendo Switch Pro release and the latest Animal Crossing: New Horizons trailer. Otherwise, keep it on Culture of Gaming for all things gaming!