Spyro the Dragon: What Lies Ahead 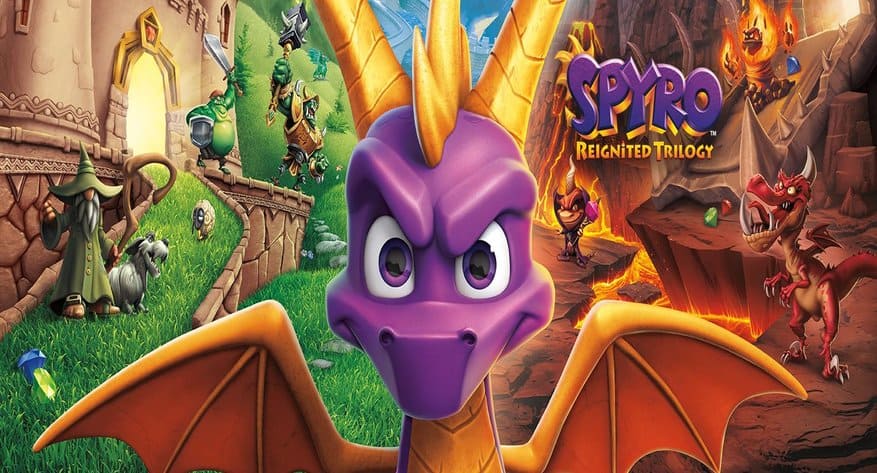 What lies ahead for the Spyro franchise?

First, there was Gnasty Gnorc, then there was Ripto and his gang of brutes, and finally, we saved the realm of the dragons from the Sorceress; but what’s coming next for Spyro and his friends? Well, here’s one gamer’s wishlist.

I would love to see them remaster all the GameBoy Advance games for Switch. I never got to play any of those, and they all have different storylines to the mainstream Playstation trilogy. I’d love to get my hands on a remastered GameBoy Advance bundle.

Bringing Spyro to Switch as well as Playstation is partly a travesty (Spyro is classic Playstation, and to me, he made Playstation what it is), but it’s somewhat brilliant. Despite my Playstation origins, I’d love to see a Switch exclusive. I’d preorder it in a hot minute.

Reconnecting with all those rescued dragon babies would be brilliant. I’d love to see a version of Spyro that functioned like Animal Crossing, expanding the social elements of the Spyro-verse. It could have a creche for the hatchlings from Spyro: Year of the Dragon and the dragons from Spyro the Dragon would make up the villagers. I’m not a mobile phone gamer, but if they released this as a mobile game like Animal Crossing: Pocket Camp, I’d for sure play it.

If the rumored release of a fourth Spyro game is real, I would love to see it stay on the dragon track, and not have us rescuing things like the orbs in Ripto’s Rage! I wouldn’t mind if it were the fairies, with recovering Zoe being the endgame goal; I didn’t get as much out of retrieving shiny orbs as I did out of unfreezing hilarious dragons and watching cute baby dragons hatch.

Prequel-sequels are incredibly popular, so there is scope for that in a new Spyro game. Would he time travel somehow? Or would it focus on his ancestor? Maybe Sparx has an ancestor too. It could focus on ancient dragons and the link between dragons and dragonflies. I hope they don’t go down the prequel-sequel road, however. I’d much prefer they stuck to the current timeline.

Part of me wants them to try out a new dragon character with Spyro as a mentor or other NPC, but most of me rebels against that. It’s Spyro! It has to be about Spyro.

I know many people aren’t MMORPG fans, but for those of us who are, a Spyro Universe MMORPG would be brilliant! You could have classes, maybe based on the different Artisans in the first game, or Artisan would be one of the classes. The gem hoarding would get EXTREME, but providing they had sound systems in place to manage this, it could be fun. Orbs could be an elite level treasure, and retrieving and raising a dragon egg could be how you get extra characters or party members. Dungeons could be a fab way of partying up with your friends and taking on some infuriating levels together. The best part about a Spyro MMORPG for me would be getting to know the world and its characters better, but that said, what lies ahead may provide me with more of the coveted lore.

Maybe this sounds mad, but if you think about the popularity of Battle Royale and other modes like Escort the Payload or Capture the Flag, there’s no reason to believe these wouldn’t work with a Spyro backdrop. I’d love to see an actual esport tournament for it as well. I’d especially like to take the speedways on against other players. Could this be what lies ahead for Spyro and his little dragonfly buddy?

There’s so much that Spyro still has to give, and I cannot wait to see what they do next. What lies ahead?

Got a favorite Spyro game or level? What do you want to see in the next Spyro game? Let us know in the comments.