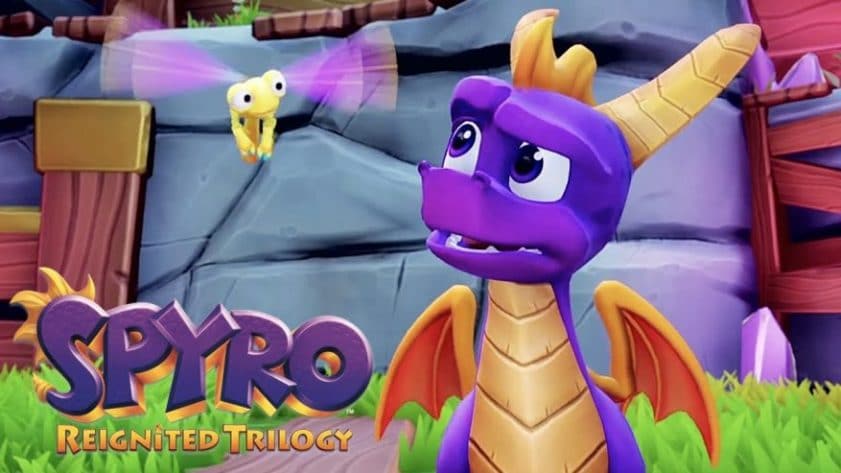 Spyro the Dragon hasn’t seen a a new release since 2008’s The Legend of Spyro: Dawn of the Dragon. Now there’s a rumour going around about a ‘new’ Spyro game in development at Activision. So let’s take a look at this Spyro game rumour and see what the likelihood of the purple dragon returning will be.

The rumour in question comes from Youtuber TheGamingRevolution‘s twitter page. He said:

This might not seem like a lot to go on, and it isn’t. However TheGamingRevolution has a pretty good track record for these things. Whilst they mainly cover Call of Duty news and leaks, they did correctly predict that Call of Duty: Warzone would be releasing on March 10th.

As Call of Duty and Spyro are both Activision franchises TheGamingRevolution’s claims might hold some ground. However he claims we shouldn’t be expecting a release soon, after being asked by a Twitter user he said:

“More info will follow in the coming months. I would say though, don’t expect it until 2021”.

The Next Spyro Game?

So what are the odds that Spyro will return? Well VG.chartz.com reported that in its first two days of release, Spyro Reignited Trilogy sold over 1 Million units. Today the game sits at around 2 Million units, according to the same source. So Activision may be looking to this previous success, and the success of bringing back another famous PS1 franchise in Crash Bandicoot, as the green light for more Spyro games.

There were reports in November of last year about another rumour surfacing that Spyro was coming back. However it was made clear after examining the Reddit users description of this new Spyro game that it wasn’t real. The comment has also since been deleted, indicating it’s false nature.

TheGamingRevolution’s claims will thus need to stand the test of time, or actual information from Activision will need to surface. Either way it’s clear that Spyro has clearly been successful in recent years. So the publisher will likely be working on something.

Want to read more about the purple dragon? Then click here! As always, thanks for reading COG!