Is VR Ready for Mainstream Success? 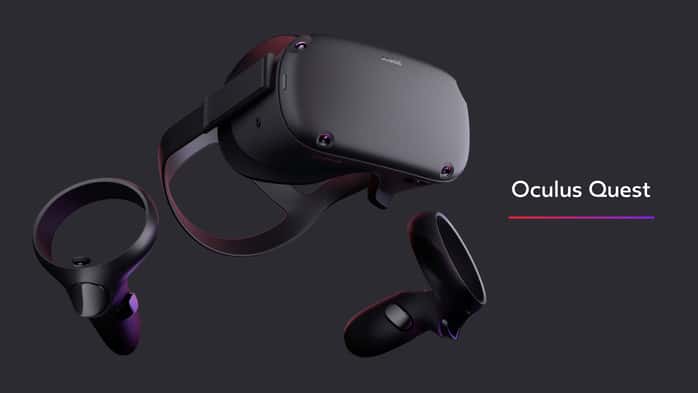 With all the talk about next-gen consoles on the horizon. I wanted to see how close we are to having a VR device mainstream in the gaming industry. Throughout the tech boom, several companies are trying to develop new technologies and trying to create new markets. We have VR tech that ranges from virtual worldwide tours to adult entertainment. Virtual reality will become the future and anyone who has used a VR device or tried one can see its limitless potential.

When will VR become a mainstream success? We’re actually closer than we were 3 years back but let’s take a look at what’s holding it back.

The price point for owning a dedicated machine for one person is still holding it back. Now I’m not saying that it needs to be cheaper. but currently, VR devices seem to be a bit too expensive for the average joe/jane. People are willing to spend hundreds of dollars on brand new phones that are paid off usually within a 2-year span on most mobile plans.

Dropping $300 or $400 on a VR system doesn’t seem that much when you consider the astronomical prices when compared to tablets and phones. However, what value does a VR machine bring to a consumer? The reason I want one is to play games…a PS4 or Xbox One will currently cost you only $200 give or take. You can buy an Oculus Go Quest for that price but it takes a big dip in quality. To get the best experience, you need a headset and either a power PC or PS4 to increase its power. We’re getting close to making powerful headsets but the tethered ones aren’t going to fly off the shelves. Too many requirements and it’s not user friendly yet.

Plus think about how remarkable the functionality of a phone has evolved. It’s basically a computer in your pocket that connects you to the world through social media and other avenues of fun. I want to watch movies on my VR headset…your tablet and phone can do that plus more. Which brings me to my next point.

We as video game enthusiasts and hobbyists love to play video games and mess around with new emerging technologies. VR is a brand new world where gamers can finally be in a completely immersive experience that nothing in the world can provide. It’s almost a religious moment when you realize that your part of the game rather than being a third or first-person observer on the tv.

Facebook on the other hand has a different plan for what they want a VR headset to look like. Gaming is what is going to trend and get people through the door but its everything else that a VR system can do that will define its place in a home. Your phone and tablets can do almost anything, VR needs to give a reason why people NEED it in their homes. Maybe you can travel the world and visit places you dreamed of but could never afford. Watch movies on a personal screen and everyone else avatar. Or visit loved ones in a personal online world where you can meet and have fun.

Games are a great showcase and reason for owning a VR headset for people like you and me who love gaming and tech. Still, VR lacks a lot of features that would take it to the next level as an everyday product. Companies are still in the experimental phase of creating new uses and avenues for using VR. Again its all “experimental” and thus not ready for any kind of prime time usage because the install base isn’t where it needs to be.

For intents and purposes, Half-Life: Alyx is the killer game and app that makes having a VR headset as a gaming option worth it. Sales of VR games and new units have gone up in the same way that Avatar sold a ton of tickets for a 3D movie. We need more killer titles and uses for VR headsets that make people crave for something different and mesmerizing. VR becoming a mainstream product isn’t a question of “if” but when.

VR still has two major hurdles it needs to solve but lucky the tethered connection problem seems to have become a thing of the past. First of all, motion sickness is one major downfall in the eyes of the public. Sure you can go on an amusement park ride and throw up once but we don’t want that in a device you may use daily. Second, the screen tech isn’t at that price point of having a high budget screen with zero latency. Games on the tv having frame drops won’t break a game but having a screen that doesn’t perform well can cause irreparable damage to VR’s reputation as a safe product.

What do you think? What will make a VR headset become the next essential device for a home? Do you have one? What do you like about it? Lets us know in the comments below! Check out my review One Step From Eden on Nintendo Switch or The Best and Worst of Dragon Ball Super! For more great interviews, reviews, editorials, and news stay tuned to CultureOfGaming.com or check us out on OpenCritic.com!