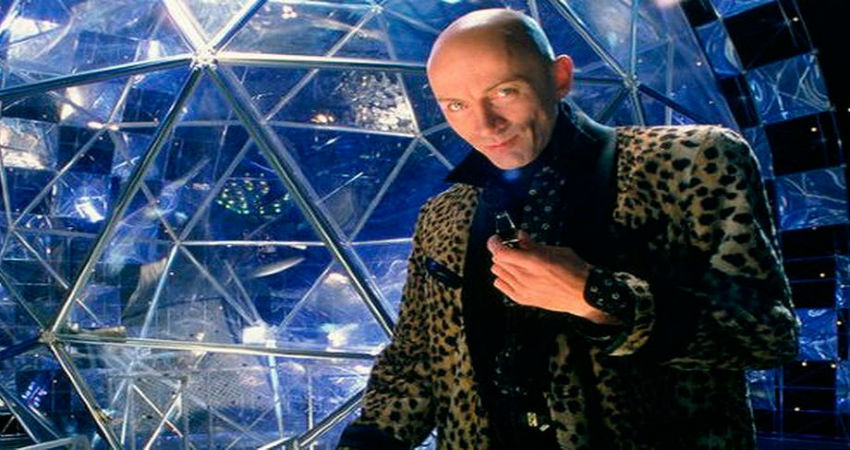 These days, nearly every decent quiz or TV reality show worth tuning in for will have been bought, franchised, repackaged and broadcast around the world. However, some slip through the net. One of the best UK game shows to slip past the US networks is The Crystal Maze, but it still endures through numerous gaming platforms.

Could you and your team be victorious in The Crystal Dome? Or will you be locked in The #CrystalMaze?! ? APPLY NOW (Link in bio)

It was a cult 1990s TV hit presented by Richard O’Brien, the man who brought the Rocky Horror Picture Show to the hearts and minds of millions and whose witty one-liners and sarcastic mockery of contestants made the show so appealing.

Contestants were whisked through four different zones, Aztec, Industrial, Futuristic and Medieval. There they encountered timed physical, mental, skill and mystery challenges in order to win crystals, which translated into time bonuses at the end.

Names like ‘skull swing’, ‘log balance’ and ‘laser guide’ reveal the unique challenges posed by the game. Those time bonuses were important though because it meant more time in the final challenge. The end game was the Crystal Dome where gold tokens were blasted out by fans for contestants to collect, which translated into the grand prize.

In fact, entire websites have devoted themselves to listing and explaining the numerous games and challenges devised over the years, and there have been many commercial games based on it too:

The entire live set was recreated in a North-London warehouse and an old TV studio in Manchester to offer a real-life thrill that matches the experiences of contestants on the show, allowing contestants to run around frantically from zone to zone, wearing matching bomber jackets, completing the real-life challenges and getting pumped for the final game.

Wild Tangent Studios developed an online game based on the show where you help sweet Lily escape the Land of Nod by completing levels, avoiding danger and collecting crystals; however, unlike the video game, mummies and the Grim Reaper do not feature in the original TV series.

Teamwork is needed in this MB board game where players travel through the four themed zones collecting precious time crystals while battling through various games. Some are riddles or puzzles or physical tasks involving different rooms of your house. There’s even a Crystal Maze board game timer app available to download on your smartphone for realistic music and sound effects.

Heart Bingo has a selection of online bingo games, including The Crystal Maze Bingo, a 90-ball bingo game that sends players into the four different zones and offers a Crystal Dome bonus round offering free tickets to the next bingo game, all alongside progressive bingo jackpots and a wide selection of free bingo offers.

Using touch screen technology, quiz machines were also developed to recreate the thrill of the Maze and proved one of the most popular versions of the game, featured in clubs, bars and arcades.

For anyone not aware of this cult classic, there are numerous YouTube clips to be found and plenty of websites dedicated to this piece of British TV nostalgia. More recently, it has reprised its place on network TV through a popular reboot hosted by Richard Ayoade. But will it ever reach the US audience? For such an enduring and marketable concept, there’s no reason it won’t.