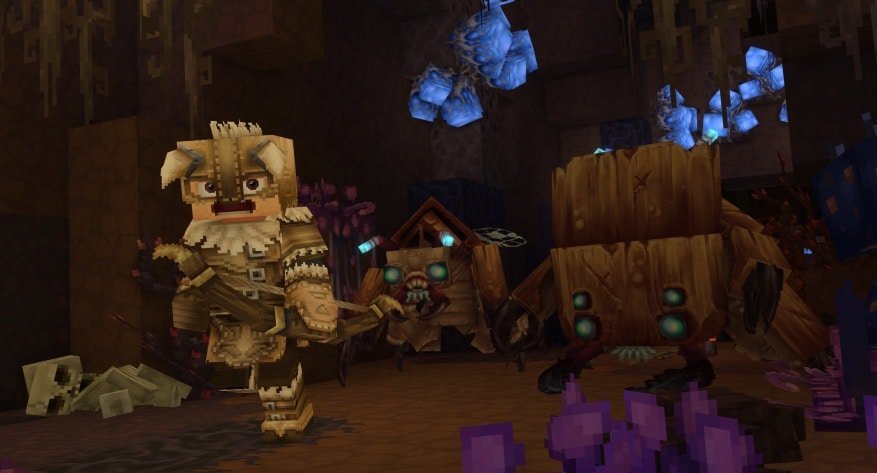 Riot Games, the company behind League of Legends, has acquired Hytale developers Hypixel.

The voxel-based, sandbox RPG got its start as a popular minigame server in Minecraft. All the way back in 2013, titled Hypixel. The server went on to win multiple awards and attract over 18 million players since its original launch. The team behind the original server began working on a standalone version of the game in 2015. Riot Games have helped fund the project.

An announcement trailer for the game released in 2018 amassed 30 million views and quickly put the game on the map. Making it highly anticipated.

The acquisition by Riot Games was announced on the 16th of April, 2020. In a blog post, lead developers Simon and Noxy wrote open letters to the community detailing the new partnership:

“Today we’re making a major announcement about the future of Hypixel Studios – and taking a huge step forward in our journey from modders to professional game developers.” – Simon

Riot Games will become the parent company, giving the team development help and budget resources. While the Quebec based developers will continue to work on the game independently.

Describing the process as the studio “Levelling up” Noxy will become the studio’s new CEO and the team will open up a new studio in Derry-Londonderry, Northern Ireland.

“We’ve spent a year figuring out the most responsible way to secure the resources we need to deliver the best game we can make. Now that we’ve answered that question, we can focus on the really important part: finishing the actual game!” -Noxy

Hytale is still set to launch sometime in 2021, for Windows and macOS.

I Predict A Riot Game:

The acquisition comes after a string of expansions for Riot Games over the last two years. After exclusively working on the MOBA League of Legends, the worldwide face of Esports gaming.

The company has been steadily branching out with spin-off titles such as Legends of Runterra and Teamfight Tactics. The latter becoming a mobile success attracting 33 million unique players a month.

The companies latest success was its branch into the competitive FPS scene with Valorant. A free to play, tactical shooter that mashes the style of Counter-Strike and Overwatch in a strangely grounded hero shooter.

Though the game’s style seems somewhat haphazard, early impressions have been strong and the game is already amassing a strong viewership on Esports channels.The company is also looking to expand into the fighting game genre with two upcoming projects in the works. As well as launching a publishing branch.

This string of good news for the company follows a messy legal battle. After former employees accused the company of sexism in the workplace. Read more about the case here.

Are you excited for Hytale? Didi you play it in Minecraft? Let us know in the comments below or on Twitter @thecognetwork. As always, thanks for reading COG!