Why Do News Outlets Not Take Esports Seriously? 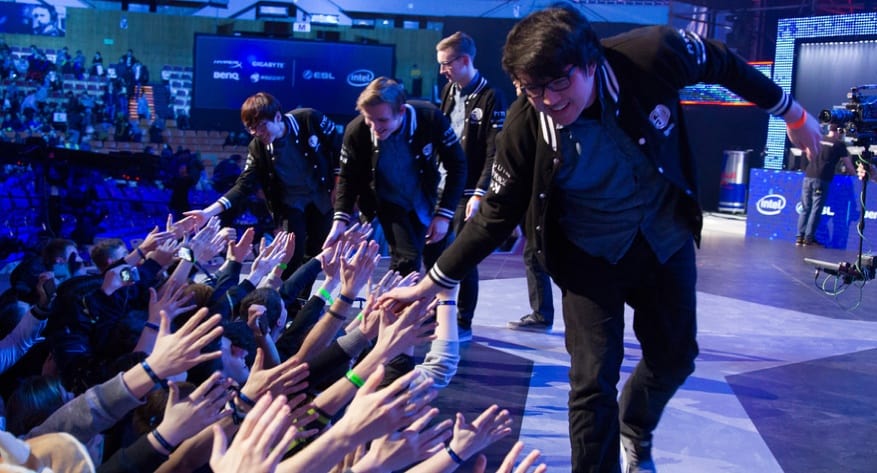 The dust has finally settled on E3 2019 and it seems everyone (and their dog) is continuing the trend of adding a battle royale or esports compatible mode to their games. I mean, what more could us gamers ask for, right? Either way, whether this is something we want or not is not the problem. The problem comes from major news outlets not covering these eSports events nearly as seriously as they do traditional sports.

Here in the UK, outlets such as BBC Sport and Sky Sports have since made changes to adjust for the shift in popularity of esports, with Sky Sports even headlining the ePremier League alongside other major sporting events on their primary sports channel. However, this is more a case of being too slow to react as opposed to adjusting with the times. Many major news outlets want to start covering esports, but don’t really know where to start.

Take the news of Enzo Bonito, a pro esports player, besting the time of an ex-Formula E driver on a real-life racing track. None of the big news outlets, especially the sports ones, even mentioned this in their coverage. Whilst we at Culture of Gaming can proudly say we’re one of the few outlets to break news of this. Surely it is not enough.

As a result, I will look into helping us understand why news outlets aren’t adopting esports. Whilst also providing more clarification and possible solutions onthe difficulties they have in presenting this information.

When Is a Sport Not a Sport?

Esports, or electronic sports, is the generic term used for organised competitive gaming. Competitive gaming has been around since the inception of gaming in the 70s. But the esports scene has evolved massively since those days. From small scale Tekken tourneys to selling out stadia across the world. Imagine crowds three times the size of a Centre Court Wimbledon match between Roger Federer and Rafael Nadal, all bouncing to the action. And you get some idea of the scale of a major esport event. Obviously, or rather unfortunately, without the strawberries and cream.

ESL One is one of the oldest and largest esports events. Source: ESL One.

Even after all this, news outlets are still not entirely sure whether they should define esports as sport. According to the Council of Europe charter on sport,

“Sport means all forms of physical activity, which through casual or organised participation, aim at expressing or improving physical fitness and mental well-being, forming social relationships or obtaining results in competition at all levels.”

With the oldest definition in the English language stating, “anything humans find amusing or entertaining”.

Does esport not match this definition? If not, then what is the defining factor between a technology heavy sport such as Formula 1 and the pub-favourite darts? One primarily uses technology as the basis for competition whilst the other hardly involves any physical activity. But many consider both sport in their own right. And so should esports.

Are We Hungry For Esports?

As we’re all aware by now, the crowds at esports events are mahoosive. But, by looking at the bigger picture, does this necessarily correspond to viewership outside of these events?

All we need to do here is look at live viewing figures across streaming services such as Twitch or YouTube. In 2018 alone, esports events drew in an estimated 165 million viewers across these platforms on a consistent basis. With Newzoo predicting that the number of regular viewers will grow to 250 million by 2021, all thanks to an annual growth rate of approximately 14%. Putting all this into context, the biggest sporting event of 2018, The FIFA World Cup, had a global average of 191 million viewers per game.

Additionally, the core demographic of esport audiences are of the Millennial and Gen Z generation, with GlobalWebIndex recognising that 16-34 year olds account for 73% of viewership. This is a very coveted and sought after age bracket for news outlets, especially for those lucrative advertisement deals.

In fact, Statista say total viewership figures have grown from 1.3 billion hours in 2012 to 6.6 billion hours in 2018, correlating with the economic growth of esports. This also correlates with the economic growth of esports. By using viewership, prize money, and advertisement metrics, Statista estimates that esports revenue will grow from 130 million in 2012 to 1.79 billion by the end of 2019. This drastic growth occurring in just under 7 years demonstrates that esports will continue going from strength to strength. Surely this means that esports is the ripest market for news coverage right now.

Most news outlets will question how to best present esports news. Is it in the form of an article? A video piece? Or do we just talk about it in radio format? However, as mentioned earlier, it appears the beginnings of a solution for presenting esports are already in place.

A recent example of this can be seen in Ginx TV‘s rise from relative obscurity to becoming one of the leading esports outlets. Ginx TV create their own coverage with talk shows, debates, and documentaries. as well as showcasing content from major esports events, 24/7. Thanks to this type of scheduling, they have acquired a global reach across 50 countries, suiting the differing esports culture in every continent. By learning from this wave of new media, major outlets can better understand the best ways to present esports.

News outlets could start off showing the esports equivalent of the sports coverage that they already show. Most sports will have a video game associated with it which will help to reach an audience already familiar with the esport’s competitive aspects. This doesn’t even have to be live coverage to begin with, and can be used as a precursor to gauge interest, whilst drumming it up at the same time.

Alongside coverage, news outlets could also present news-related pieces in the same way they are already doing with traditional sports. Esports are easier to showcase than outlets seem to think as they can be covered in a multitude of ways. Whether that be in the form of an article,  a video piece, in radio format, or even a combination. All are a successful, tried-and-tested means of covering sports. If it isn’t broke, why try and fix it?

It is a shame then that news outlets are struggling to adopt esports in what is, essentially, an astronomic economy. It has the potential for mass reading and viewing figures, but only if given the right push.

Thankfully though, these news outlets aren’t set in their ways. And are actively looking to implement esports into their flow of sports coverage. Whether this be currently or by having plans set in place for the future. They are slowly figuring this out, and hopefully sooner rather than later.

Stay tuned to Culture of Gaming for more esports related content, like our article covering the Esports Initiative at UCS! Be sure to let us know your thoughts in the comments below!