What We Want from Mega Man Battle Network Collection 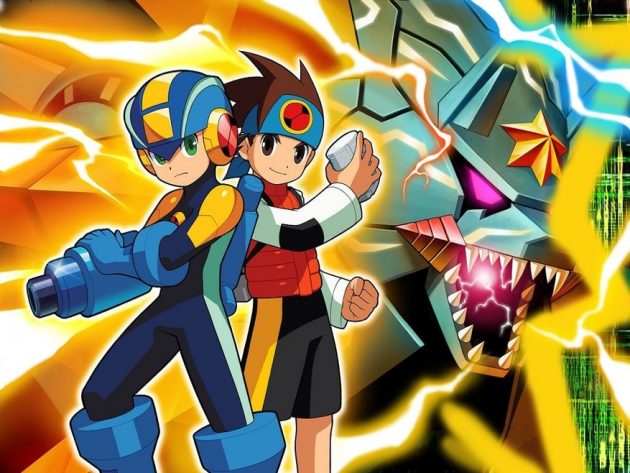 Capcom is on a roll, not only are they releasing collections of past games but they’re also remaking older beloved games. Resident Evil, Devil May Cry, and Monster Hunter are bigger than they have ever been before. Also, the company keeps bringing back collections of old franchises for fans seeking to relive their nostalgia and bring them to new audiences. Capcom’s Street Fighter 30th Annivarys Collection, Mega Man Legacy and Mega Man X Legacy collections add new modes, fun features and have sold several copies. Recently, their latest game, Mega Man Zero/ZX Legacy Collection, is another great collection that encapsulates fun, frenetic action of the series. While also adding more features and changes that help improve them, like a better save system that can be toggled on or off. Which got the folks here at Culture of Gaming thinking. What’s next? Clearly there’s one massive franchise that needs its own collection! I’m talking about the Mega Man Battle Network series and here are some of the things we would like to see.

All The Games In One?

This is the biggest hurdle and possibly the hardest thing to balance for a Battle Network collection. Will all the games come in one giant collection or will they be separated between two collections? Mega Man Battle Network includes a total of 12 games when you consider Capcom made different versions like Pokemon. The list includes:

Cleary there are too many games for one collection alone and that’s not including the Starforce series that came out on Nintendo DS. Capcom would most likely release two separate collections similar to what they did with Mega Man X Legacy. This isn’t a problem in itself but after Battle Network 2 the series started pivoting to a Pokemon versions approach. It wouldn’t be ideal but we could see Capcom separating the games down the line between each version in order to increase sales.

Now splitting up Mega Man X games into two collections did not pose a problem because each game was a standalone title. Mega Man Battle Network, on the other hand, is a different beast(pun intended) since some of the games were split into two versions. Some games would require trading between both versions and the features each game presented every iteration differed vastly.

Nothing would infuriate both new and old players more than separating the versions apart and requiring players to have two Xbox Ones, two PS4’s, or two Nintendo Switch’s to get a complete collection between each other. Capcom needs to consider and take a careful approach on how to re-package this series. Otherwise, you create another situation in like Mega Man X Legacy 1 Collection being a vastly superior game when compared to Legacy Collection 2. I don’t mind if they did split the games up based on the availability of each version but they should at least have a link system to connect the games together if they’re bought on the same system.

Everything Must Be Unlocked and Available

One of the best and worst things that the Battle Network series did with each iteration was the creation and dismissal of various game modes. Battle Network 3 had a multiplayer mode that never made it to other games. Battle Network 4 included Operation Missions which was Japan-exclusive but available of any version of the game and required a physical toy! Battle Network 5 included a plethora of exclusive content that required different GBA games and eReaders cards.

Some of the games had extra toy peripherals that never caught on in the US or UK and were made only available in Japan but all those features, chips, and Navis were in the games. The only way those items could be obtained involved hacking the games or through cheats. Mega Man Battle Network Collection needs to make all those items, missions, and game modes available in their entirety. There is enough content that was not made available in the US that would entice older players to buy a Battle Network collection.

Yet at the same time, How? No one in Capcom at the time had the foresight that one day these games would be re-released in a complete package. Some of these features and extra add on content would require a lot of work to get them working properly. We don’t know how much work or money Capcom invests in updating these games but hopefully, they find a good balance on what to keep or cut.

Finally, the features and modes that we would want for a collection of this size. First of all, leaderboards are a must for the bosses and game completion speedruns for each game. Leaderboards have been standard in the past collections so no worries there. I’ve been loving the boss gauntlet modes that Mega Man Legacy, Mega Man X Legacy 1 and 2, and Mega Man Zero/ZX Legacy. Having a boss gauntlet with pre-made chip folders or unlocking and customize your folder between each battle would fun. Capcom knows that it’s doing with their boss rush mode and it will be interesting what they would make to remix the bosses in this series.

Also, having an option for players to share their folders set up across different games could give the community a space to be creative. It would not work for every game in the series but it would be a fun addition if Capcom found a way to upload the player’s folder and chip set up for others to use. Possibly with the ability to trade if necessary but I would rather all the chips become available rather than relying on other players for trades.

What do you want for a Mega Man Battle Network collection? Did you have any ideas that we may have missed? Let us know in the comments below! Don’t forget to check out my interview with Skip Stellrecht and Lauren Landa at ALA2020! For more great interviews, reviews, editorials, and news stay tuned to CultureOfGaming.com or check us out on OpenCritic.com!