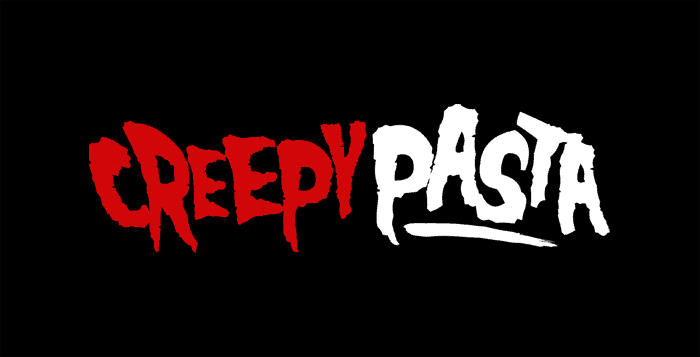 There are so many excellent non-gaming franchises out there just waiting to get adapted to a video game. Here are our top ten that would make epic video games!

1. The Legend of Drizzt

The phenomenally popular Drizzt appears in a lot of D&D games, but I think it’s high time he got his very own RPG. There’s a ton of game lore and a whole series of novels for devs to draw on here. Players of tabletop and video games alike adore Drizzt, and we want to see more of him.

Drizzt was created by R. A. Salvatore, the popular fantasy novelist, and is a beloved part of the Forgotten Realms D&D campaign setting. Drizzt would make for a great video game hero, as he is skilled and powerful, but he is also philosophical and suffers from immense inner conflict. I think he’s a game character that would really stand out and provide a profound gaming experience. It looks like we’re getting this wish, though, as Dark Alliance, a new RPG, is coming out in fall 2020. It’s even going to be a four-player co-op, so it’ll be just like playing D&D with a full party of friends!

Piranha is a cult-classic horror franchise in the movie world. It’s already been remastered, but Piranha would also work excellently as a game. It would be especially fun if playing through the story meant playing as both hero and piranha, rather than one or the other. Maybe specific chapters could be experienced from different viewpoints.

What would be good about a Piranha game is the fact that it would bring multiple generations of gamers together. It first came out in the late 70s and was remastered in 2010. The Piranha films have a very cult horror feel and would appeal to fans of the genre. It is also fairly adult with some black humor, and I think this would go down like a treat in the game world.

Creepypasta has always been a media franchise accessible by all. Anyone can create a creepy story or meme, but it would be awesome if your creation could wreak havoc on other peoples’ nerves in a video game. Nothing would be more exciting than stumbling across your favorites, like Slender Man.

A Creepypasta game, in my mind, would work a bit like Dreams, as the whole crowd-created thing is basically what makes Creepypasta what it is.

Slender Man itself can be encountered in a free indie game called Slender: The Eight Pages. It looks very creepy and is exactly what I had in mind for a Creepypasta game.

The Blob is an old film, but it still has a massive cult following. How much do you want to drag your blob-ish self across small-town America, devouring anyone and anything that gets in the way?

What’s great about The Blob is the richness of the setting. Small-town America features heavily in plenty of horror franchises, like Stranger Things, pretty much anything Stephen King, and The Blob. If the setting was done well, and you had an open-world to explore, The Blob would look fantastic as a game.

Another movie franchise with an avid following, Tremors has a stunning desert setting to explore and those ever-popular snakey villains for players to beat. People love Tremors, and I think this is because it takes place on familiar turf. It’s heavily inspired by Jaws, but instead of the characters wandering into shark territory, the Graboids have come to their hometown. They’re also strongly influenced by seismic vibrations, which would work really well as a game mechanic.

Stephen King’s behemoth of a novel transitioned well to television. As a video game, it would have something for everyone — a tinge of horror, dystopia, survival, management, and shooting. Not to mention fancy glowing crystals to unearth and weird pink eggs.

Stephen King is incredibly popular across books, films, and TV. It seems like there haven’t been any major Stephen King video games, but something massive and open-world incorporating all the fan favorites would be epic.

3% is a massively underrated Netflix original. It would work beautifully as a video game, as you go through the Process and try to get to the Offshore. It’s dystopian and has a game element, like The Hunger Games, and there is a lot for shooter fans to love. The puzzle element in a 3% game would be excellent.

You could go through the Process as a candidate and attempt to win, taking on challenges like the maze from Season 2 or the famous cube challenge. The murder mystery puzzle would work brilliantly in a video game too.

With sky-high ratings on both sides of the pond, a RuPaul’s Drag Race game would surely be a hit. Social sims are still popular, and with the lip-sync elements potentially being rhythm levels, a Drag Race game would definitely appeal. It would be even better if it worked with songs you own or could buy through it, especially if RuPaul’s roster of famous faces were involved. There’s already a card game and a puzzle game, but translating the actual show to a video game would be fantastic.

A RuPaul’s Drag Race visual novel would also be fantastic. It could really make an impact in the LGBTQIA+ rights field, by telling a story of how someone comes to terms with their identity as a drag artist, or as gay or trans, or both.

With Friends celebrating its 25th-anniversary last year, it is back in the public eye and more popular than ever. It would make an excellent and detailed social sim or even a visual novel. Fans would get to play through iconic episodes or scenes and perhaps collect popular items. Another idea for the F.R.I.E.N.D.S franchise could be a Sims 4 tie-in. A DLC with enough F.R.I.E.N.D.S items to create your own F.R.I.E.N.D.S style Sims home, and access to something like Central Perk, would be incredibly popular.

The Name of the Wind Cover

Patrick Rothfuss’ popular series of novels might be just what the world of fantasy games needs. Kvothe, the main character, would make a brilliant video game hero, as there are a lot of exciting stories to draw from his eventful life as an adventurer and a musician.

Kvothe is basically a D&D bard, but his world and his story are unique and completely unique. I think it’s high time we had fresh faces in the world of fantasy RPGs and Kvothe is one I’d love to see.

And that’s our list of favorite non-gaming franchises! Have we missed any? What would you love to see as a video game? Let us know in the comments!