Ever since the launch of Nintendo Switch Online, cloud saves have become a top selling point for the service. With it, players can load their game progress to the cloud and download it to their systems if need be. However, certain games don’t provide this feature in order to prevent cheating, such as Pokémon Sword and Shield and Splatoon 2. Interesting enough, it seems another upcoming game will soon join the lineup – The Legend of Zelda: Link’s Awakening.

According to a listing for the game on Nintendo UK’s website, Link’s Awakening will not support cloud saves. Specifically, it states: “Please note: this software does not support the Nintendo Switch Online paid membership’s Save Data Cloud backup feature.”

While this would normally act as solid evidence that the game won’t feature any online backup, other sources prove otherwise. Gamexplain’s Jon Cartwright showed via Twitter that the US Nintendo eShop lists Link’s Awakening as supporting cloud saves, while the UK’s eShop states support is pending.

This doesn't seem definitive, the US eShop says it does while the UK listing claims it's pending – I'm sure the website is just running on a varient of "pending" pic.twitter.com/V8dBHMD0DW

Of course, nothing is currently certain, so the initial UK listing could simply have resulted from a mistake. That said, Link’s Awakening would not be the first instance of a primarily single-player game not offering cloud storage. Previous reports revealed that Animal Crossing: New Horizons would lack cloud saves, with no obvious reason for doing so. This has lead to fans going as far as to create online petitions to add cloud saving before the game’s initial release.

Do you think Link’s Awakening will support cloud saves? Let us know in the comments below! For more news updates, check out our articles on Game Freak’s recent trademark possibly revealing Town’s official name and our rundown on the biggest reveal from Nintendo’s recent Indie World Presentation. Otherwise, keep it on Culture of Gaming for all things gaming!

Tue Aug 27 , 2019
If one had to describe the issues with this generation of games, they’d be able to summarize it with a few words. The first things that probably come to mind are loot Boxes or microtransactions, to which I say: you’re not wrong. However, there’s a term going around that better […] 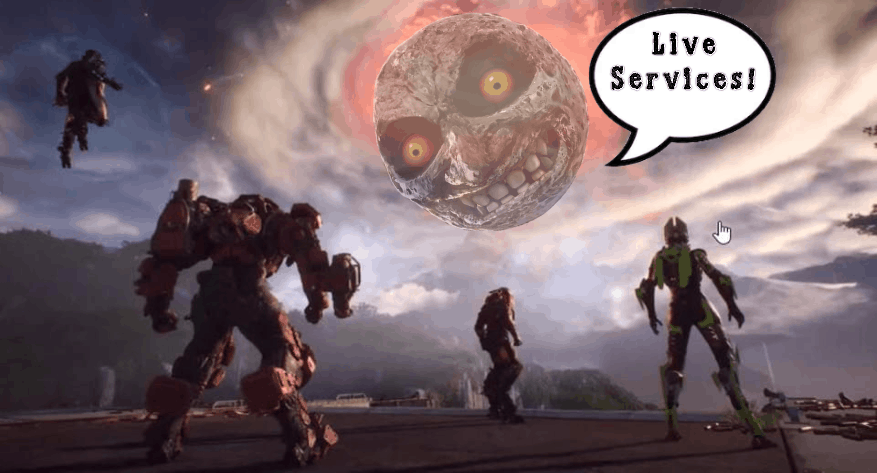