The Best Details from The Borderlands 3 Preview Event 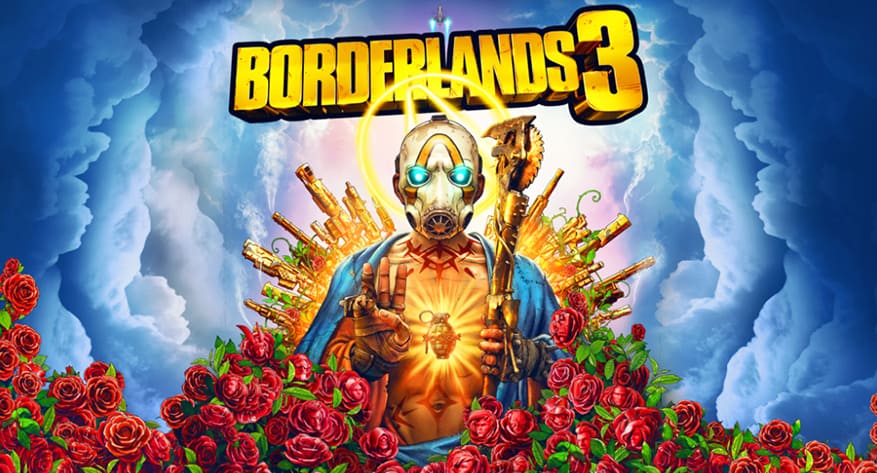 Today is a big day for Borderlands fans. Writers and influencers from across the industry had a chance to visit an event in Los Angeles to give the latest game in the series, Borderlands 3, a try. And boy hardy, everyone seems to be coming hot off this game with nothing but glowing praise. There are all sorts of Borderlands 3 tidbits and updates flying around the web today, so we decided to consolidate all the most notable details into a single article. Get ready folks–here’s some of the cool things we caught from this week’s Borderlands 3 preview, and the press surrounding it.

Mechanically, Borderlands 3 sets itself apart from its predecessors in a bunch of small ways. For example, GamesRadar points out that most weapons in the third game have an alternate firing mode, allowing you to swap from a rifle to a grenade launcher with the press of the D-pad. This adds to the variety of the firefights, letting you enjoy multiple playstyles throughout each mission.

GamesRadar also mentions that cover is much more temporary than the first two games. Nearly every metal blockade or wooden hut you hide behind can be blasted to pieces, constantly changing the battlefield and forcing you to hop from cover to cover. (They mention a lot of other smaller touches in their own article as well.)

This third game seems to be incorporating a lot of UI and general user experience updates. IGN points out a number of small touches, such as a score value that tells whether a weapon you just picked up deals more or less damage than your previously equipped gun. You can also refill all your ammo at vending machines within a second or two.

This was revealed a couple weeks ago, but previewers seem to be happy about the player-specific loot-streaming Borderlands 3 incorporates. In past looter shooters, the players would fight over enemy-gotten treasure and XP. Borderlands 3 gives each player receives a personalized weapon or upgrade based on their current level and damage output. This way, you won’t have to deal with “loot ninjas”, or other players who steal all the resources for themselves. CNET and VG247 seemed especially positive on this feature, with the former saying “I think the addition of loot instancing will help open the game’s co-op mode to a much larger group of gamers.”

Of course, anyone who wishes to fight for their loot can disable loot instancing in settings. It’s similar to turning off PVP in a game like World of Warcraft, except with loot and not fighting.

There was a brief segment of the gameplay reveal that showed off the ship you’ll be using to navigate the stars. The name is Sanctuary 3, after the hub area Sanctuary in Borderlands 1 and 2. If you’ve ever played a Mass Effect game, you can think of the Sanctuary 3 as similar to the Normandy. It’s a hub area, used to meet and greet compatriots, start missions, and get from one end of the galaxy to the next.

But strangely, there was never a Sanctuary 2 in those first games, nor in the pre-sequel. Why is that? It may be reading between the lines, but director Randy Pitchford mentioned that “We don’t talk about Sanctuary 2”. Will this second mysterious Sanctuary play a role in Borderland 3’s story, or did Gearbox just call the ship Sanctuary 3 to match the game’s third entry. Who can tell?

Regardless, similar to the Normandy, the Sanctuary 3 has a player quarters area. The player can modify or outfit this area with various guns and other items. Gearbox also briefly mentioned that the quarters area changes based on the player-character. For the siren-class character Amara, the room has a distinctly pink thematic. There’s a dark pink punching bag, bed, and decorative letters on the wall. But for Zane, an operative, that room might look completely different.

A Hint of The Future

Gearbox’s presentation earlier today showed off a lot of cool elements of the third game’s stylistic tone, and specifically, how much it differs from the first two games.

Where Borderlands 1 and 2 had you trapped on the same dog-eat-dog post-apocalyptic planet, Borderlands 3 has some more ambitious plans. You’ll be travelling in a spaceship between (at least) 3 planets. Most preview-goers didn’t have a chance to leave the base planet of Pandora, but Gearbox’s own gameplay demo shows off a fast travel sequence to the nearby planet Promethea.

Gearbox used the ship to touch down on Promethea. Compared to the bleak, sand-filled world of Pandora, Promethea is a utopian metropolis. Alright, maybe not utopian–there are operatives of the weapon’s manufacturer Maliwan littering the streets. They’re attempting to take over the planet, currently run by competitor Atlas, through whatever means possible. As Randy Pitchford mentioned in the gameplay reveal event, “In this universe, when a corporation attempts a hostile takeover, they do it with full, military-grade force.”

From first impressions, Promethea looks gorgeous. It’s reminiscent of a massive, technology-driven city like Mass Effect’s citadel, or even Star Wars’ Coruscant. It’s even got some Bladerunner elements in there, with the neon lights and intrusive digital billboards.

Borderlands 3’s ship and tonal atmosphere seem to be its defining differentiators. Aside from those two aspects, it seems to be largely familiar FPS, with some modest changes to keep gameplay fresh. We’ll just have to wait and see.

For more on Borderlands 3 and everything else video games, stay tuned to Culture of Gaming.