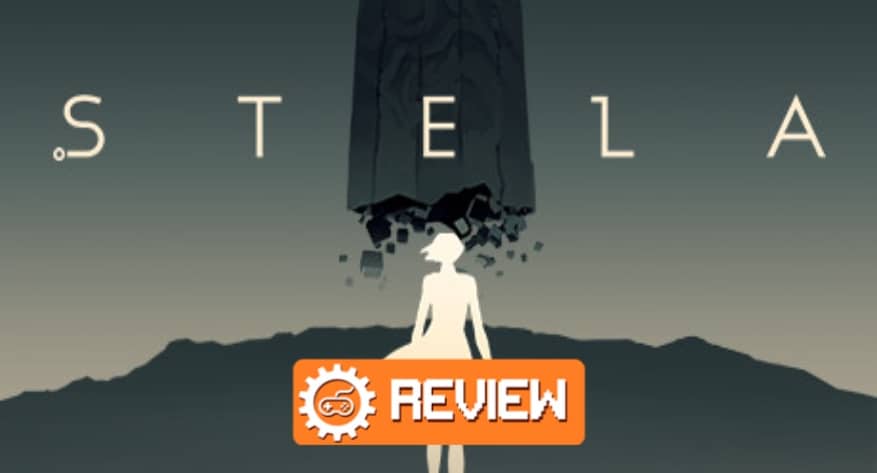 Stela Is An Indie Girl:

The artsy minimalist platformer has become to indie gaming what the FPS is to triple A. Ever since Limbo brought its gloomy sensibilities to digital marketplaces, the indie scene has been littered with these quiet, minimal experiences. From the dark kafkaesque world of Inside to the beautiful moving water painting Gris, these short, gameplay lite experiences have become the de facto face of indie gaming over the last few years. Adored by critics and fans alike, these games often forgo in-depth gameplay, with a larger focus on visuals, sound, and narrative they stand out as artistic works in a medium often derived for a lack of such merits.

It seems strange for such a low key style of arthouse game design to become a trend. But, with additions like the Garden’s Between and Ori and the Blindforest, it feels like the arty platformer has become like the coming of age genre in film for indie gaming. And with the recently released Stela by Skybox Labs it’s clear that this formula, even as it becomes a formula, still works and when done right can still offer stunning and artistically potent moments that are hard to find in any other avenue of gaming.

From the opening, Stela hits a lot of the notes typical of its influences. A quiet crumbling world, a sense of melancholy, dreamlike imagery with a lack of dialogue or explanation. Like a dead center middle ground between the aforementioned Inside and Gris; the world of Stela is as often beautiful and quietly somber as it is terrifying and hostile. From the moment you wake up, in a dank crumbling cave, there’s a sense of unknown and unknowable about Stela’s world.

This unknown quickly turns to fear when in a crumbling barn we are quickly beset by a mass of insects the games soundtrack heavily implies aren’t friendly. Stela’s level often moves between obscure beauty and hostile terror. The game doesn’t so much have a story as it does a prevailing mood. There is no dialogue or lore here. Instead, the world gives off a series of moods and tones that convey a sense of loss and decay. It takes the Shadow of the Colossus style of moody absence, letting you piece together its meaning and world as you traverse and experience it.

Strange World To Your Right:

Traversing Stela’s world in never anymore complicated than holding right on the joy-con and occasionally pressing the jump button. Yet, despite a lack of overall gameplay depth, the sum of Stela is far more than its parts. Each level has a unique hook, whether it’s hiding from terrifying creepypasta monsters come to life in a dead forest, dodging rhythmic fire arrows on a scorched battlefield or desperately attempting to outrun snow lizards; Stela uses its extremely basic mechanics to craft some great scenarios throughout its varied levels.

Each level has a new, simple mechanic or idea that varies it from the last. Though, some are better than others. One particular level through an underground trap riddled dungeon had me infuriated by the imprecision of the jumping mechanics, and one particular light switch section at the end of the game brought my pace to a complete crawl. Stela does feel like it lacks any sort of mechanics or depth to its gameplay. This is a side-scrolling, platformer at its most basic form of jump and move left (a few times right.) And while it manages to use its levels in interesting ways, the addition of a unique hook might have helped to distinguish some of the games later levels.

It feels like Skybox Labs is more interested in delivering an experience than a game. It’s in the world, graphics, sound, and music where Stela’s basic gameplay turns into something beautiful. Stela’s dark and tonally scattered world can be graphically inconsistent at times but it manages to be consistently beautiful throughout. There were multiple times throughout my playthrough where the games graphic style left me in awe and in its later levels I was stunning by the scale that the game takes from its humble beginnings. After finishing the game I was shocked to find out that it originally released on IOS, a point that makes its graphical ambitions all the more impressive.

The Sound Of Danger:

What truly stood out though besides the game’s art style was the incredible sound/music design that really elevates the game’s immersion and gives multiple scenes far more weight. Often times the music and sound design mix resulting in moments that can be terrifying and others awe-inspiring.

The heavy bass booms that kick in when danger is around or the sweeping low rumble that played as I gazed at a snow-capped temple. The soundtrack for Stela is phenomenal and it truly elevates the experience of playing the game overall, though its hard to imagine listening to these heavy, eerie tracks outside the game itself; the soundtrack becomes a part of the flow of Stela’s levels and world.

We’ve Been Here Before:

So given how stunning Stela can be at times, it seems weird that the biggest negative is what I mentioned at the start; I’ve had this experience before. It seems almost unfair that Stela’s biggest detractor is external, but it can’t be denied how much Skybox Labs are riffing on their influences here. When the execution is so strong though, the effect, despite a lack of originality, still managed to be impactful.

However, when it becomes a question of worth among its peers, I do have to wonder if I could recommend Stela over Gris or Limbo if the options weren’t available to play all. Couple that with the fairly hefty price tag of £15.99 ($19.99) for what is essentially about a two-hour-long experience.

This issue of price for quantity isn’t so much a problem for me, I feel a short experience justified its price by how meaningful those hours are; apposed to a long game with meaningless length. But I know that some don’t see it that way and that others financially often can’t justify what is essentially the price of three cinema tickets for the length of less than a feature-length film.

Stela is a really beautiful experience. I pretty much played the entire thing in one sitting and those two hours felt like a breathless, otherworldly experience. All of its elements come together to transport its simple gameplay and strange designs into something that at times embodies the perfect synergy of an engrossing gaming experience. Though a few of its puzzle and platforming sections felt a little loose, and it might not feel as original in 2020 as it would have a few years ago, when it comes together the effect is undeniably stunning.

A recommendation of Stela comes mostly down to the kind of gamer you are. If you have a love for artistic, minimal experiences over complex gameplay intensive ones you’ll likely find it worthwhile. If you’ve played games like this before you already know the transcendent effect they have when their elements come together. When I watched the credits roll on Stela I felt like I’d experienced something special and worthwhile. And, I guess that’s as much success as any art can ask for, right?

For everything else check CultureofGaming

Stela is a beautiful, short platformer experience that wears its influences on its sleeve. While it might not have the impact of some of its more recent inspirations, the experience is still stunning. Through moments of extreme wonder and extreme terror, Stela is a wonderful two-hour experience.