Shadow of the Tomb Raider Review 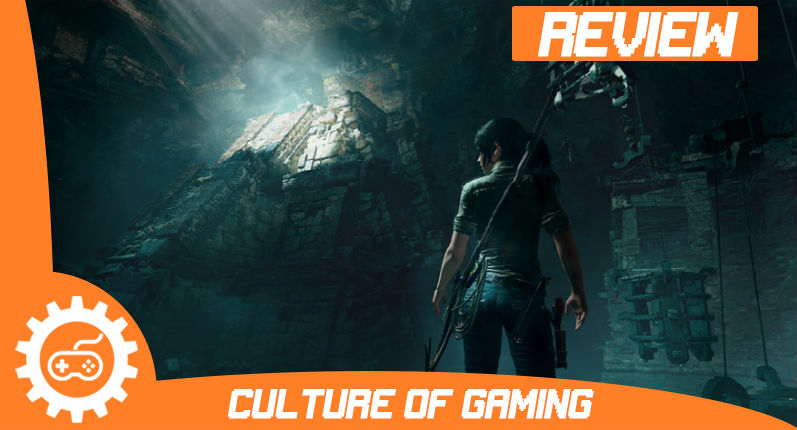 Retconning, reimagining, rebooting, you can call the process whatever you like but taking something old and making it new again isn’t exactly a new idea. The movie industry has been doing this since 1904 when The Great Train Robbery (1903) was remade by another filmmaker a year later and in 1984 the Godzilla franchise was rebooted in The Return of Godzilla.

In television, remaking and rebooting has existed for the longest time with British television shows such as Being Human, House of Cards, The Office, Steptoe and Son (Sanford and Son) being remade as American programs.

It is only a matter of time before the concept came to video games. The Tomb Raider series is an example of rebooting things the right way. Although Lara Croft’s origin varies, the character herself largely remains the same.

In the original story, Lara’s father Richard Croft raised her as he also tried to uncover the truth about her missing mother. In the new story, he is an absentee father who is obsessed with the uncovering of the secrets of immortality. Lara resents him but attempts to finish his research and carry on his work.

No matter which series you play through, Lara is virtually the same character, except in the 2013 reboot in which she was sheltered from the dark side of life and was still coming to terms with having to fight fire with fire when it came to her and her father’s enemies. Otherwise, she is tenacious, clever, resourceful, very perceptive and a total badass in every way.

Shadow of the Tomb Raider continues our journey with Lara into her own personal Heart of Darkness. The Lara Croft in this installment is much more uncompromising when it comes to her war on Trinity with her pal, Jonah Maiava. Unlike Tomb Raider (2013) where she was just learning the art of war and getting her soul and hands dirty, she has no remorse and little restraint in her war against Trinity.

It is that uncompromising mindset that causes Lara to make a massive error in judgment that eventually costs people their lives and threatens thousands of others.

Ignoring warnings of an impending apocalypse which will be brought about by several natural disasters, Lara removes a sacred dagger from a tomb. Lara’s choice unleashes a tsunami which wipes out an entire Mexican town. If that wasn’t bad enough, a Trinity superior takes the dagger vowing to end the Armageddon she unleashed and also rule the world in the process.

The rest of Shadow of the Tomb Raider is focused on Lara seeking redemption, trying to set things right, coming to terms with the damage her carelessness and her vendetta has caused. It is a turning point for her character but it was necessary to portray her as human. In an age where there has been an onslaught of all-too-perfect heroes (Mary Sues and Gary Stus), it is refreshing to see a character with real human emotions, real human reactions, and real human flaws.

The plot does splinter off into another one of those recycled doomsday cult scenarios, which I could do without, but all in all, Shadow has fine character exploration and does examine some important issues such as why does an outsider like Lara think she has the right to steal from, invade, judge and perhaps change another culture? It is not presented or examined in a predictably politically way but in a more humanistic way, which is also refreshing to see.

Right out of the box, the one thing that will thrill most fans about Shadow of the Tomb Raider is you can change the difficulty of not only the combat but the puzzles and the exploration too thus you can tailor the game to the experience you want to have. I, personally, have never been fond of environmentally-based puzzle-solving or exploration so it is nice to be able to breeze through those puzzles as well as the climbing, parkour exercises so those factors don’t hinder the momentum of the adventure I want to have.

The combat is improved in the sense that now instead of being locked into a battle, you can use your camouflage ability to fade into the background, take a breather without fear of being discovered. This permits players to alter their tactics, heal up and not be penalized for it.

The Tomb Raider gameplay of crafting, establishing bases, investigating those bonus tombs and improving her skills, are all the same as the previous games although Lara can now repel up and down, the previously mentioned camouflage – both of which come in handy more than you can imagine – and she can barter with shop owners to obtain helpful items.

While most of the other Tomb Raider games have Lara investigating outside locations such as bases, mountains and even villages, Shadow of the Tomb Raider situates her mostly in confined, controlled spaces in really expansive tombs, jungle pathways, and enemy strongholds. I much prefer this style of gameplay and settings as they separate it from the equally fantastic Uncharted franchise. Tomb Raider needs to be more about, well, raiding tombs than engaging in guerrilla warfare in the mountains. That doesn’t mean there cannot be some of that but just that the actual Indiana Jones-ish aspects should be played up more. Just bring the gunfights and combat to the caves, temples, and jungles like Shadow of the Tomb Raider does.

And those caves, temples, and jungles are beautifully rendered with creeping vines, lush foliage, gloomy marshes and wildlife sounds that will make you believe humans have not laid eyes on these ancient places for hundreds of years.

Shadow of the Tomb Raider is another strong entry in the new franchise but in spite of taking Lara’s journey full circle, right back to where the original franchise began, the style of adventuring is starting to show some signs of age and rust. Like Naughty Dog did when they got into a similar rut with Uncharted, Eidos and Square Enix are going to have to find a way to breathe some new life into their series next time around without chipping away at the strong foundation they have built. If not, Tomb Raider just might end up like Guitar Hero, Need for Speed, Saint’s Row and other franchises that hit the originality wall head-on and crashed and burned.

THE GOOD
You can tweak the game’s settings.
Character-driven experience.
A flawed hero.
Lots and lots of actual tomb raiding.

THE BAD
The gameplay is getting a bit tired.
The whole cult storyline is predictable.

Although this is another fantastic sequel, the franchise needs a healthy shot in the arm.