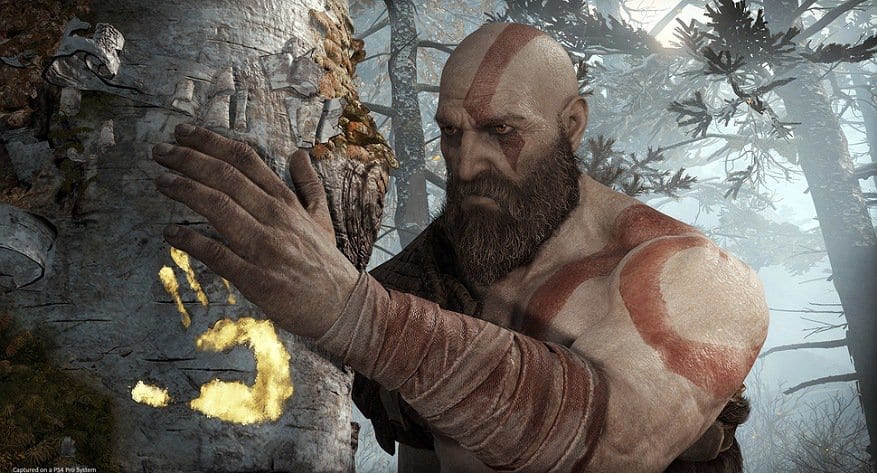 In the last two console generations there has certainly been a rise in the significance of storytelling. Not just from the critics’ standpoint, but fans as well have begun to flock towards games with very deep and compelling narratives, even if the gameplay itself is just par.

We’ve seen this with games such as The Last of Us, all of the Telltale games, and even 2018’s God of War, to an extent. Although it still had a crisp and enjoyable gameplay system, it was certainly created with the narrative in mind first, unlike all of its predecessors.

Sacrificing gameplay, and in turn, the pure enjoyment that comes with playing a videogame, is a very tricky task to complete. For every shining example of it done right, such as with God of War, there are a dozen more examples of it done just horribly wrong. Such as The Book of Unwritten Tales 2.

What exactly is the balance? When do games give up too much to try and tell good narratives?

In any game there should be a balance between gameplay and story. It’s a very obvious sentiment, but one that is often forgotten. The video game platform isn’t at its best when the titles released are treated more like movies than video games.

A video game should be fun, and also have a good story. While some good games with no story can still be really fun, others can have amazing story narratives but little gameplay. However, these extremes are not where games thrive.

God of War (2018) is a great example of a game hitting the balance. It has an exciting story, taking you through the world of Norse mythology, paired with a smooth combat system that uses unique weaponry and synergy mechanics with your son Artreus, to create an intense experience. It isn’t as fun as Super Smash Bros or Mario Kart. But, God of War (2018) manages to be a better game as a whole due to its combined efforts of story and gameplay.

This is where a lot of the Telltale games suffered the most. As a Point and Click adventure game, the gameplay mechanics available were already significantly low. But, little was ever added to give the player a feeling of enjoyment from the actual actions they completed. This can be attributed to why, after the first few seasons of The Walking Dead, their games had a significant drop-off in player base. Despite some of the properties they were working on having a large fan-base such as Batman and Game of Thrones.

Once someone has played a Telltale game, anything that the gameplay did manage to add in the first title, is gone now. The player has already received that aspect of the experience. And it never changed enough to feel new. Meaning, all that was left to entice them were good stories. Even their games that handled the balance the best, like The Wolf Among Us, rarely gained any popularity due to Telltale flooding the market and pulling the trigger too late on games that should have been a focus.

But Telltale is Not Alone

Almost every point and click game to date suffers from the exact problems mentioned above. Detroit: Become Human takes one of the most see-through narratives, attempting to be a deep and thought-provoking tale, and pairs it with nothing. You slowly walk around, button-mash occasionally, and read things. Not exactly what you would call a thrilling experience.

Even games like The Book of Unwritten Tales 2, which attempts complex puzzles to compensate for the lack of gameplay, manages to miss the mark by a mile. The game has little direction. It expects you to pair random actions together to advance the game. To trick your bird into napping so you can go into the garden, you don’t just put it in the music box and turn it on. No, that would be far too simple. Instead, you have to move your mirror, place out food, open the music box, talk to the bird, etc. And all the while, the game gives you almost no clues as to what you’re supposed to be doing. It can’t be described as anything but a failed attempt to add more complexity to the genre.

So How Much Can You Sacrifice?

If you came into this article expecting a decisive conclusion, then I’m sorry. There is no way to possibly objectively quantify the concepts of narrative and gameplay. You’d have to come up with a sort of equation. Plug the variables into the equation, add the quantified concepts, and ta-da. A magical way to tell if a game hits that balance.

I won’t leave you completely out to dry, though. Basically every game ever made disrupts this balance. Off the top of my head, I cannot name a game that perfectly handles both story and gameplay. Many come very close. Games such as Persona 5, God of War (2018), The Witcher 3, and more, all blew my mind when it came to their narratives and their gameplay. But even they struggled at times to keep concepts alive and interesting, while keeping the tasks the player did enjoyable.

There you have it. A completely unreachable expectation for video games. What games do you think balance these two aspects best?