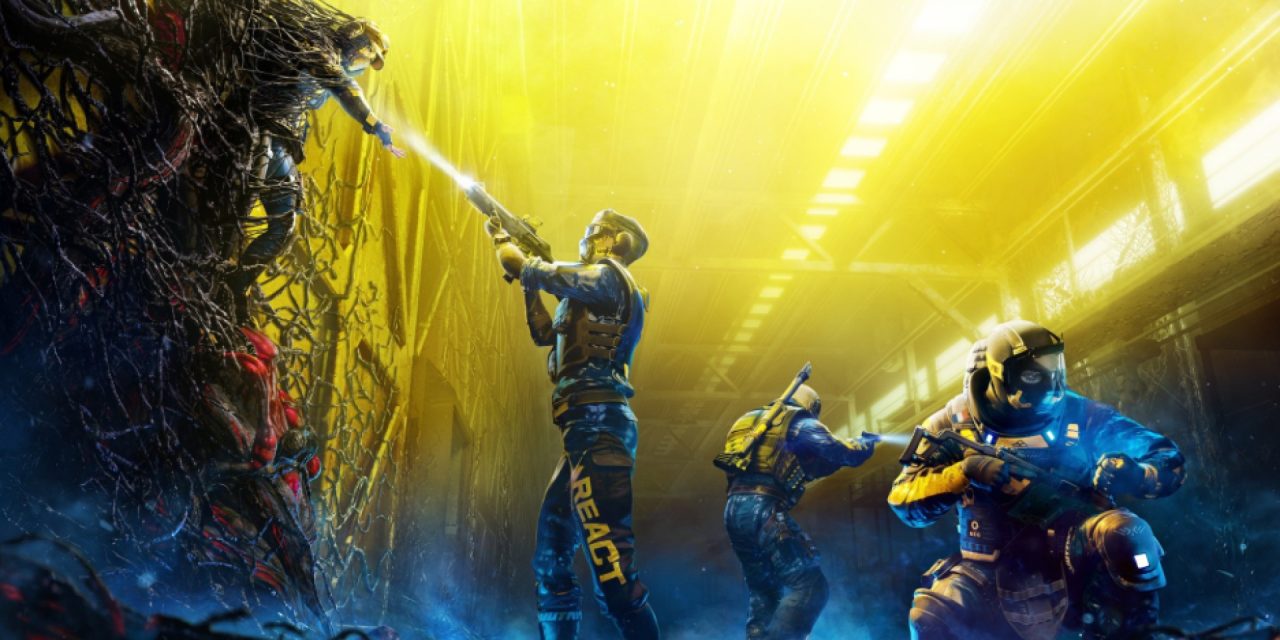 With E3 already come and gone this year we’ve been able to see some great new titles introduced from various game publishers. Following the success of their hit PvP team based shooter Rainbow Six: Siege, Ubisoft is bringing a brand new title to the table:  Rainbow Six: Extraction. A  co-op team based shooter which has the familiar Operators face a brand new threat. This would be reminiscent of Siege’s limited time game-mode during Operation Chimera: Outbreak. Outbreak had operators move through a map space in order to reach a final objective, fighting hordelike and special enemies along the way.

Firstly, Extraction is an entirely different type of game from it’s sister game Rainbow Six: Siege. While it still maintains similar mechanics to Siege, such as breakable walls and operators with different abilities. Extraction instead focuses on a campaign and replayable missions to keep you entertained. Almost all the gameplay is exactly the same as Siege, but there’s more of an emphasis on stealth here as you’re facing up against AI instead. From the looks of it, there’s a limited amount of operators currently available, and some of their gadgets are slightly changed. For example, Vigil can now go completely invisible to enemies, highlighting his stealthiness in what is quite a buff from is behavior in Siege.

From most gameplay shown, there doesn’t seem to be a huge amount of enemies. This is in stark opposition to Siege’s Outbreak mode which was far more hordelike and aimed to overwhelm the players with enemies. Without the numerous enemies there, the gameplay looked incredibly dull with basically no difficulty whatsoever. Most gameplay was: “Go to A”, “shoot X “, or reach the exit with more walking around than anything else. This is an absolute shame as Siege’s base shooter mechanics still feel great to use. Especially in Outbreak it was far more fun to rain bullets down on enemies while barely clutching the objective. Obviously the gameplay shown to most people was not on the highest difficulty and only showcased a level or two which means there’s potential for so much more.

Aside from that I’m not sure how much replayability the game will have as well. At the current moment in time we haven’t seen a progression system or a skill tree that would incentivize players to keep players hooked. One feature I saw that was interesting was the “MIA System”. When a player fails a mission it seems the Operator they were using at the time goes Missing in Action (MIA). This then creates a whole new mission in which the operator needs to be rescued and disables them from being chosen. After the operator is rescued as well they return in an injured state, meaning a lower cap on max health and possibly some limited ability.

I think the largest difficulty Ubisoft will face with this game is it’s identity. Is it a hordelike shooter with Rainbow Six Siege elements? Is it a looter shooter? Is it a RPG with deep progression systems? These questions haven’t exactly felt like they’ve been answered. Ubisoft has really strayed away from any definitive genre and left the game rather generic as almost some sort of DLC for Siege instead.

My other concern with this game would be it’s balancing on difficulty. If the game is far too easy players will struggle to see the point, if it’s too hard players will just end up being frustrated with some of the mechanics. The game itself has to have enough depth in strategy to make players retry levels with different characters and tactics to ensure a victory. Apart from that, a reward system that corresponds to difficulty would go a long way in ensuring the longevity of the game.

I’m not super keen on the game at the moment, and for good reason too. We definitely have a long way to go in terms of content before consumers can really make any purchasing decisions or have hype built around the game. In it’s current build Rainbow Six: Extraction seems to lack a direction or identity and will need more tuning to become a product Ubisoft can be proud of as a full fledged game under the Rainbow Six IP. In saying this, Ubisoft has done a great job in making Siege a great game after a shaky launch, so it’s definitely possible Rainbow Six Extraction makes for a great game in time, we just haven’t seen its best showing yet.

If you’ve still yet to pick up Rainbow Six: Siege, it’s available on Steam’s Summer Sale for just $7.99 USD .

Liam is an Australian writer currently studying Media in University. On any good day, you'll most likely find him sitting at his computer, socializing/ gaming with friends with a milk tea in his hand. His main interests are in gaming and pop culture, and is constantly fascinated by the discourse around it.  He mainly plays MOBAs and MMOs but will never stray far from a good single player RPG. He hopes to one day be able to write for companies like IGN or Kotaku.