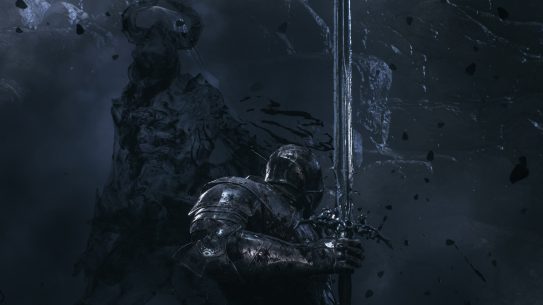 A dark and decrepit third person action RPG is on the horizon for late 2020. Newly formed developer Cold Symmetry has just announced their new title Mortal Shell. The release trailer looks absolutely stunning, take a look for yourselves below.

How Does it Play?

Unfortunately, we have very little information to pull from for gameplay details. The developers listed the game as a 3rd person action RPG with punishing and nuanced combat. The game looks to be a bit slower and more deliberate, with every action requiring a very strategic approach to each encounter. The trailer shows just how punishing your mistakes will be in this game. Combat will look and feel very familiar to games in the Dark Souls series as well as titles like Monster Hunter and God of War. Attacks look weighted with significant impact and take plenty of time to start up and recover from.

We can already see in the trailer some incredible enemies we will be faced with when we get our hands on the game. Some of the potential boss enemies in the trailer look to be challenging encounters. Fans of the souls-like genre will have a lot to look forward to.

We still don’t know much about the in-game systems and how the RPG mechanics will work. Expect some type of upgrade and discovery systems as the developers have listed on the Mortal Shell main page. However, we do know that as you play the game you will discover new shells to inhabit with different play styles and mechanics. This will sound similar to a title like Warframe where you take control of different frames all with unique abilities and play styles. The devs confirmed you will find upgrades and new abilities for the shells you unlock.

Another reason many are making a strong comparison to the Dark Souls series, is the general atmosphere and aesthetic in the game. The world is dark and decrepit filled with abominations looking to quickly end your quest. There is a lot of medieval imagery, with plenty of fantasy elements strewn about. Take a look at a few of the in-game images from the developers to get a real feel for the atmosphere they are looking to create.

Mortal Shell does not have a set release date yet. It is currently slated for Q3 2020 and we hope Covid-19 doesn’t present any delays. Cold Symmetry is developing Mortal Shell for PS4, Xbox One, and PC. Gamers will be able to play on the platform of their choice. A beta option is available if you are lucky enough, but you will have to sign up through the Mortal Shell Discord server.

This is all we know for now. Check back in frequently with Culture of Gaming and we will keep you up to date on new pertaining to Mortal Shell.