Coronavirus causing GDC losses, will this effect the future of gaming conferences? 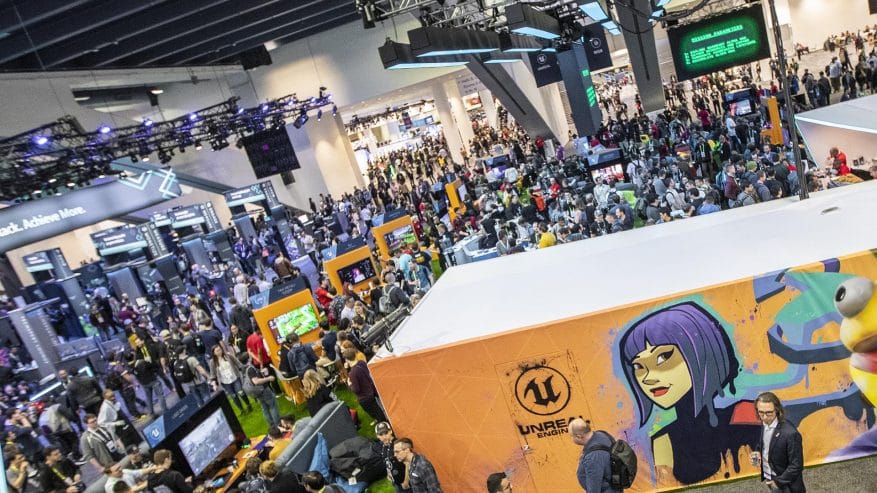 More and more companies have been pulling out of GDC. The Game Developers Conference, which aims to “bring the development community together to exchange ideas” has been suffering after losing Sony, Facebook, Kojima Productions, EA, Capcom, Square Enix and Kowloon Nights, thanks to Coronavirus concerns. Most of which made it clear that they will still be sharing news meant for GDC in the coming weeks.

With the Coronavirus spreading at an alarming rate, the US Government have even warned that the virus could soon spread to their soil. So all the above companies have pulled out of GDC, issuing statements explaining that the Coronavirus is why they have withdrawn.

Most of these companies aren’t seeming to want to take any chances with the virus, as EA chief people officer Mala Singh sent this message to employees:

“We will be limiting our presence at the Game Developers Conference (GDC) in San Francisco, March 16-20. We are cancelling our participation in official GDC events. And employees should not travel to San Francisco for the conference. For meetings that are set to take place outside of the conference and not within the event venue, we will evaluate on an individual basis if these should take place. If you have meetings planned around GDC and are unsure if you should move forward, please speak with your manager.”

It seems EA may be there in some capacity, but certainly not publicly. With many of the other companies likely to do the same.

GDC is one of gaming’s most important yearly events and its seen losses due to the Coronavirus. This accompanies with worries that E3 could be suffering. What could all this mean for the future of gaming conferences? Well I’m going to take a look at who’s left attending GDC, what we could be missing, and what this all means for the future.

Just last year GDC celebrated their largest attendance ever at 29,000 industry professionals. With that number surely dropping this year, who’s still going to be there? Well the main stage will still have its Keynote presentations. These will include WB Games Montreal, Popcannibal, and Maxis (an EA company). It’s also important to note that GDC isn’t Gamescom or E3, it is purely for industry professionals to share ideas. Despite that we should still be aware of the general drop off towards conferences, and whilst some larger companies gear presentations towards consumers, the large majority of attendee’s are indie developers or industry professionals.

The conference is also host to IDF (The Independent Games Festival), with their goal being “to create a similar event to Sundance for independent game developers”. They allow smaller developers to show themselves to the world, gain recognition, and hopefully some funding. So it goes without saying that there will still be attendee’s at GDC, as we’re sure to see many indie developers show up to the conference.

With that said, what might this mean for Sony’s upcoming PS5 reveal? Many sites have been reporting rumours about Sony’s Next-Gen console and when it will be released. Developers may even prefer the PS5 to Microsoft’s Xbox Series X. Despite all that Sony have still revealed very little about the PS5, allowing the Series X to start taking the lead ahead of the new console generation. Perhaps GDC would have been the time to reveal more about the PS5, as of a few months ago? Sony not being present – and thus not showing off either games or their next console – shouldn’t be a huge loss for GDC, but maybe it will be for Sony?

The main question to be asked right now is how the Coronavirus may affect the rest of the gaming year? With the industry at a stage now where online presentations have become the norm. In previous years viewers would sit and wait for presentations during the week of E3, now seems like for most that won’t happen. So the Coronavirus might not affect that change. Even so developers like Nintendo have been creating pre-recorded online presentations for years, it might be one of the things they’re ahead on.

GDC still does enough different, which requires physical interaction and networking, to warrant its existence. The spread of the Coronavirus in no way means we won’t be seeing GDC in the future. The event has a film festival, community meet ups and sessions of teaching and mentoring to solidify human interaction. With the conference being held from March 16-20 it’s also highly unlikely we’ll see a cancellation. GDC represents a part of gaming culture that can’t move online, so we shouldn’t expect it to go anywhere.

Whilst the Coronavirus may then be another factor that pushes most developers to present in the online space. It isn’t a surefire thing, even with many saying E3 is dead. Conferences like GDC are very different to one’s like E3. Despite all that it looks like a few conferences are going to look very different this year, with many developers creating their own online presentations.