The GDC’s (Game Developers Conference) social media outlets have been posting videos and other data from last year’s conference over the past few months. Some of the data that’s been recently released were surveys that took stock of developers’ opinions of the industry at the time. GDC surveyed devs about how they felt about industry unionisation, about what they’re working on currently, what they’re working on next, and on which of the upcoming systems they’re most interested in.

These statistics show a common trend for systems such as mobile devices and the PC, which seem to be the most popular for current and next gen developers, giving us some insight into how the next generation might shape up. When asked what console the developers are most interested in, the vote showed 25% for Xbox Series X (formerly Project Scarlett), while the PS5 received 38% of votes, showing that the PS5 has a considerable lead in the industry. But why are developers so much more interested in the PS5?

If you think comparing the systems’ specs will provide an answer, you’re likely to be disappointed. The two systems are using the same playbook, making very similar design decisions.

The big changes that both boast are the ability to deliver content at an 8K resolution, a massive improvement from the standard 4K resolutions currently on offer. Both include hardware that will support 120 FPS gameplay, double the standard set by the previous generation’s 60FPS. This should make games run incredibly smoothly.

Perhaps the most exciting change in hardware in both systems is the switch from hard disk drives to solid-state drive storage. This means games will be able to provide higher quality textures and display them on screen seamlessly throughout gameplay. Sony showcased this through a side-by-side demonstration of their exclusive title, Marvel’s Spider-Man. Load times were vastly improved, and the way that textures and geometry were rendered and presented was much smoother. A more comprehensive view of the two systems’ specs can be found here at TechRadar.

From the information we have about the systems, there is very little to separate them in terms of hardware. Each system has opted for backwards compatibility, which, for a while, was a unique selling point for Microsoft’s system. Only small differences are to be found at the time of writing, such as Sony’s addition of haptic feedback instead of the rumble controls of previous DualShock controllers.

Taking a Step Back to Go Forward

With this knowledge, developers are unlikely to be placing their interest in the PlayStation 5 because of its specs, so other factors are clearly at play. One variable that may be indirectly swaying them towards Sony’s console is its popularity and, more specifically, their change of heart regarding backwards compatibility.

When one chooses to switch to the other brand, it means their current library of games is lost unless they continue to use the older console. For many, the ease of being able to play all their games on one console is a big deal, and backwards compatibility makes that even easier. More players currently own a PlayStation rather than an Xbox, and the inclusion of backwards compatibility means that Sony will probably retain even more players than they usually would during a console generation leap. So, it stands to reason that many developers are drawn to the PlayStation 5 simply because it means that they will be developing for a larger population of gamers.

Developers probably tend to make their decisions on what console to use based on the ease of developing and selling their product rather than simple brand loyalty. The former has been something that the new PlayStation has been receiving a great deal of praise for, which Sony’s Jim Ryan addresses in a recent interview with gameindustry.biz:

“One thing that makes me particularly optimistic is, what we’re hearing from developers and publishers, is the ease in which they are able to get code running on PlayStation 5 is way beyond any experience they’ve had on any other PlayStation platform.”

Developers are enjoying working with the PlayStation 5 dev kit, and this may be because of its architectural similarities with its predecessor. It is through this familiarity that developers are finding it easy to scale their games for both PS4 and PS5 releases.

This is, of course, an essential consideration on the developers’ behalf. The inclusion of backwards compatibility will stagger the move from the older to the newer console generation. It’s essential to have a solid, familiar, and intuitive OS that developers can hit the ground running with when working with these high-spec systems.

The PlayStation also offers something that developers may feel they don’t have with the Xbox — security. The Xbox One struggled to assert itself throughout the last generation and often found itself nipping at the heels of its competition. More players own PlayStations and more developers have been making games for Sony’s system. As mentioned, the dev kit is similar to the older generation’s PS4, so it would be an easy choice to continue developing for PlayStation, rather than learning a brand new development kit to create Xbox games. 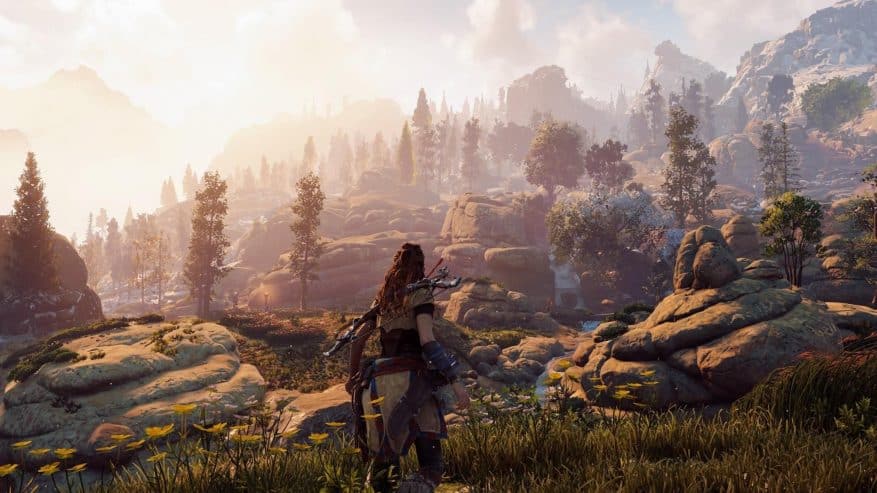 PlayStation also has more clout when it comes to its exclusives. Xbox’s inability to produce exclusive titles for its system last year, excluding a few franchises such as Forza, Gears of War, and Halo, really hurt its sales. Sony provided a huge number of new and exclusive IPs such as Horizon Zero Dawn and Bloodborne, and they don’t show any signs of stopping. The Last of Us Part II and the Final Fantasy VII Remake are the games on everyone’s minds these days, and they’re both PlayStation exclusives. On the other hand, Microsoft has publicly stated that they are unlikely to produce any exclusive titles throughout the first few years of the console’s life cycle. 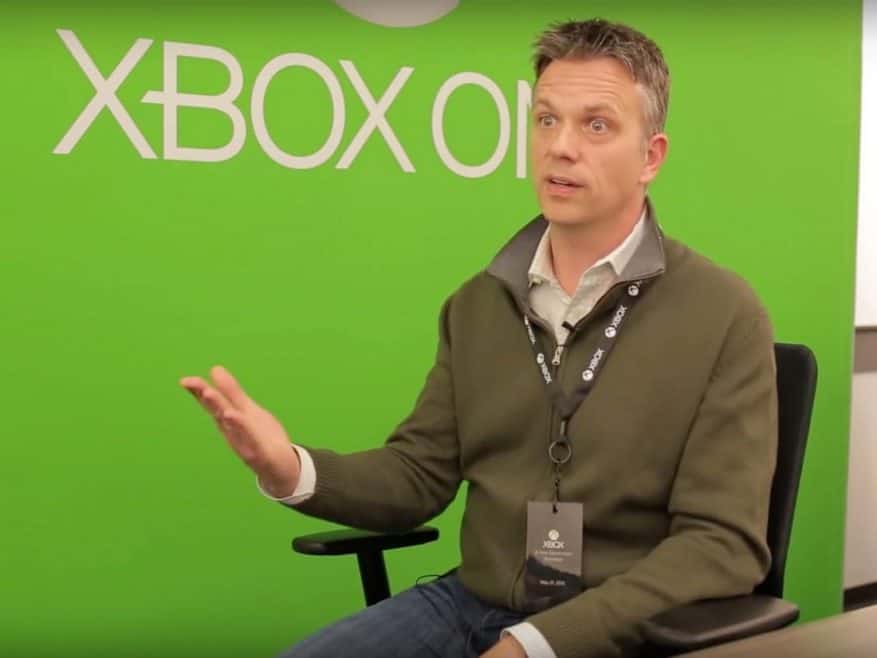 This news came from Xbox Game Studios head Matt Booty, who said that releases would “play up and down [the Xbox] family of devices” for the next one or two years. The idea is to give value for the money spent by gamers who have invested in the recent Xbox One variants. This decision clearly comes from a good place and aims to support brand loyalists. However, next gen devs will only see this as a hindrance — it means they won’t be able to effectively produce next gen content for the system until as late as 2022.

What may be the Xbox’s saving grace is that Microsoft does have a plethora of 3rd party studios capable of producing fantastic titles. On their roster, they have big hitters such as Obsidian, Rare, Playground Games, Mojang, and Ninja Theory, to name a few. If Microsoft is able to get these companies to produce solely for their system, they may see a reversal of fortune. The system may suffer initial low sales if they are appeasing the legacy Xbox customers, but it has the potential be a late bloomer. It’s a risk, certainly, especially with their slow start to the last generation, but one that could prove fruitful.

Weighing everything that we know, developers have an obvious favourite, and it seems clear that it’s down to one major factor: the ease of continuing to develop for PlayStation. It seems that from a financial standpoint (for the first year, at least), PlayStation is a safe investment for gamers, but especially for next gen devs.

Developers are familiar with the dev kit, and won’t need to invest time in learning new systems to build their games. They have access to a much larger playerbase, with backwards compatibility locking in many more gamers.

It’s also worth noting the Xbox’s recent interest in providing streaming services through xCloud and their cross-platform relationship with Nintendo, where users can play Xbox titles on their Switch. There’s a looming possibility that the nature of the service Xbox provides may be shifting. This may be through either changing the way they host games or even becoming a service available on the PlayStation system. Therefore it provides a slight uncertainty for developers investing in a potentially transitioning platform.

The Xbox Series X will surely be a fantastic console in its own right and even have the potential to really put Xbox back on the map after some time out of the spotlight. For some developers, however, it seems like it’s just not a risk they are willing to take.

What are your views on the PS5 vs. Xbox debate? What system do you think will be the best at launch? Are exclusives the most important thing to succeed this generation? Let us know in the comments. Also, if you liked this article, why not check out some of our other fabulous content, like our thoughts on E3’s future.

And as always, thanks for reading!

Fri Jan 31 , 2020
Anime Los Angeles 2020 concluded its 4-day anime goodness at the Ontario Convention Center on January 12. ALA is one of the best conventions for anime fans and industry hopefuls alike, featuring a tightly-knit community and lots of charm. This convention included an amazing line-up of guests filled with music […]