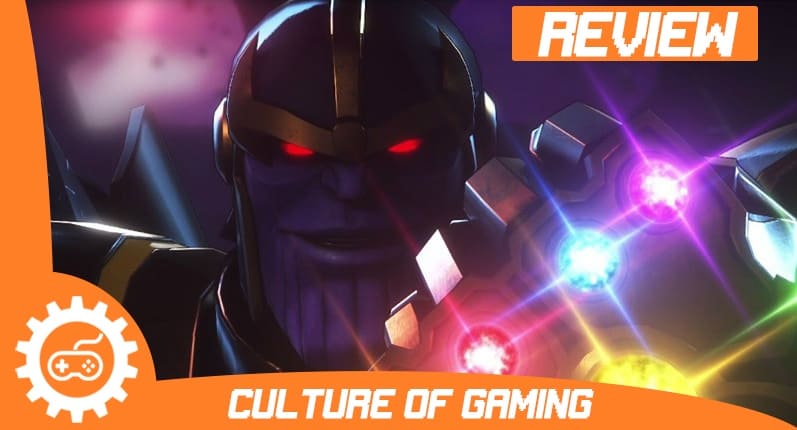 The original Marvel Ultimate Alliance was released in 2006 and it was every comic book fan’s dream come true.

Based on their uncanny and incredible X-Men Legends RPGs, Raven Software really did their homework bringing the history of the comics to life in an adventure that spanned such iconic locations as Atlantis, Asgard, and even Latveria as your team of heroes foiled Doctor Doom’s plans to conquer the Earth.

The sequel two years later was another celebration of everything comics. Ultimate Alliance 2 was a retelling of the Civil War storyline, the comic book plot Captain America: Civil War was based on.

Then, with a snap of Thanos’ fingers, the franchise went dark. POOF!

Disney put Drax to shame becoming the ultimate Destroyer buying Marvel Entertainment in 2009. They immediately canceled all of the Marvel animated series replacing such gems as The Avengers: Earth’s Mightiest Heroes with the atrocious Avengers Assemble.

Disney not only canceled any of the Marvel video games in development but went to the contemptible step of removing all of the digital downloads. The only way future gamers will be able to play any of those older Marvel games is to find and buy the original disks. For many gamers, Disney’s approach to the previous Marvel properties was petty and unnecessary.

While that may have been bad news for Marvel fans, the good news is that after waiting 10 years for a sequel, Team Ninja has delivered an Ultimate Alliance sequel that is worthy of its predecessors. The only complication is that Marvel Ultimate Alliance 3 is only available on the Nintendo Switch at the present time.

Alliance 3 is another adaption of the Infinity Stone story complete with Thanos, his elite team – The Black Order – and those pesky powerful gems which are misplaced more than your Grandparents’ car keys. This time, they have fallen into the possession of some of Earth’s most dastardly criminal masterminds. Under the guidance of S.H.I.E.L.D.’s Nick Fury, you assemble your hand-picked team of heroes to save Earth and the universe.

At the very start, you only have the Guardians of the Galaxy (Groot and Rocket Racoon, Gamora, Drax the Destroyer and Star-Lord) to play. You control one character at a time but can swap on the fly between members of your team.

As the story unfolds, your roster grows. Soon Power Man, Daredevil, Iron Fist, Iron Man and 38 more playable characters in total become available. Just like in previous editions if your team is comprised of heroes who are normally partnered up in such famous teams as the Avengers and the X-Men, your entire line-up will receive bonuses that are unique to them. Your heroes are outfitted with one special upgradable attack each. As you level up more powers, attacks become available. During combat, your heroes can synch your attacks into one massive strike.

Diverging from the other installments though is the fact that when you defeat a boss you won’t acquire their special artifact to equip as you choose. Instead, you receive Ability Orbs to boost powers and abilities.

Like any superhero, except maybe the original Captain Marvel, Nomad and Thunderbird, when you die in Marvel Ultimate Alliance 3 your death isn’t permanent. If you act quickly, you can resurrect your fallen heroes. It is not as easy as it sounds though. If you are attacked in any way while doing so, you have to start the revival process all over again.

Excluding a few puzzles, the gameplay is one massive brawl after another until you reach the bosses. If games like DC Universe Online, Diablo or the defunct Marvel Heroes are your thing, you won’t bat an eye at the repetitious flow. The difficulty curve is ruthless though. The game goes from you ploughing through baddies like Wolverine slices through fiberboard to being brutally beaten down, unable to mount a prolonged counter-attack. That’s because the higher level baddies and bosses rely on area attacks like sweeping energy beams, exploding bombs, and earthquakes which knock you back onto your ass, even if you are The Hulk. It takes a second to stand back up, get one’s bearings and push through once again.

Playing on the hand-held Nintendo Switch presents even more problems especially when the camera is completely top-down. It is really hard to make out such small characters on such a small screen. Like me, you might often lose sight of your hero as the screen is blanketed with digital bodies as heroes and villains battle it out.

The camera sometimes falls off the proverbial wagon too. A bit tipsy, it stumbles right into solid walls and goes haywire at the most inopportune times. The randomly plastered camera doesn’t ruin the entire game. Unlike Jane Foster cosplaying Thor, it is a forgivable fault.

Another problem is that the members of your chosen team don’t appear in the cut-scenes as they should. Instead, they are replaced by other Marvel heroes who are in the game. This may seem like nit-picking but in this day and age where development and design are supposed to be so detailed, cut-scenes often rival feature movies. This kind of glaring inconsistency is just not acceptable as far as storytelling is concerned. If other games can do it why can’t Marvel Ultimate Alliance 3?

Speaking of irritating characters, some of Marvel’s unsellable, unmarketable characters like the new Champions appear in the game. Thankfully their involvement is kept to an absolute minimum and contemptible knock-off characters like Iron Heart, the Laura Kinney Wolverine, Jane Foster Thor, the Amadeus Cho Hulk or the Kate Bishop Hawkeye are nowhere to be found.

GoldenEye. God of War. Halo. Super Mario Odyssey. Games worth buying an entire console to play are a rare breed. Marvel Ultimate Alliance 3 is not one of them. That is not to say it isn’t a great first entry by Team Ninja as it is. For Ultimate Alliance fans the 10-year wait has certainly been worth it. With the minor slip-ups in the development though I cannot recommend investing in a Nintendo Switch just to become part of the Marvel universe no matter how fun that might be for fans of the Marvel universe.

To read more Marvel content from CoG check out our comics section.

For its first Ultimate Alliance entry, Team Ninja has created a sincere and satisfying installment that gives us hope for the future of the series.