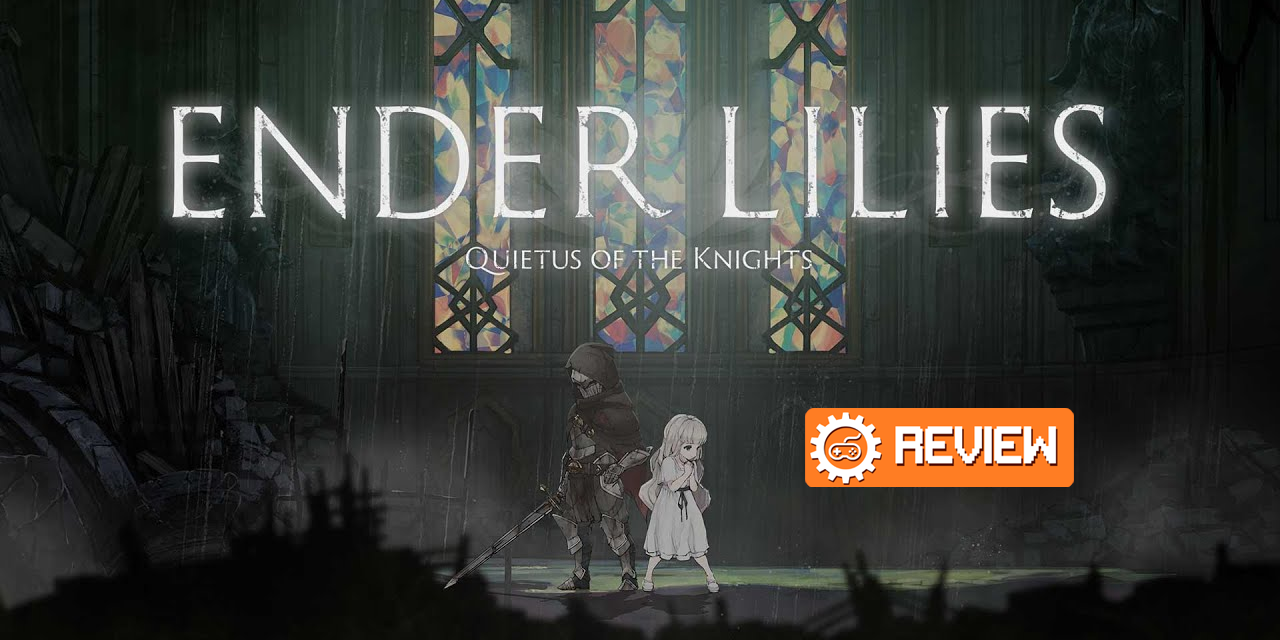 Ender Lilies is one of the newest indie games to hit Steam early access.  And like many before it, this game is a 2D platformer akin to the Metroidvania genre.  But can this game do enough to separate itself from the pact? We will have to find out in the review below.

One caveat that I do have to say about Ender Lilies, it is a green light game on Steam.  So anything I say about the game that is an issue may be subject to change in the future.

Let’s Save the “Best” for Last

With that in mind, a good place to start would be the music.  Which, unironically is my favorite aspect about Ender Lilies.  This music fits the setting of the game like a glove.  The soft vocals when roaming a desolate village or the epic boss fights accompanied by an orchestra of equal caliber fit perfectly.  I am 100% pleased with the amount of care Binary Haze Interactive put into this element.

I will admit when not playing Ender Lilies, listening to the soundtrack is some great stuff.  Perfect for ambient music while working on editing, studying, or anything in between.

How About the Art?

Once again, this is an area Ender Lilies excels at.  The enemies, background, and spirits all fit together into the setting of The End’s Kingdom (where the game is set).  Funny enough, the single aspect that does not fit is the main character, Lily.  This is how it should be, after all, she is the only being that has not been corrupted by the rain.

The only thing I could really see being improved upon is the map.  It does kind of stick out like a sore thumb among the setting of the game.  While it does get the job done,an update to it would be welcomed.

Now I bet you are starting to wonder, with all of the story elements that I am mentioning, what is that like?

Let’s Dive Into That Story

Ok, from top to bottom.  The End’s Kingdom is in ruin thanks to a never-ending rain known as The Blight.  Said Blight corrupts any living creature it touches, turning them into monstrosities that lose almost any resemblance to what they were before.  Frey not!  There is one who can save the land, Lily.  As the last White Priestess, she has the ability to purify The Blight and free the corrupted souls of the End’s Kingdom.

There is just one issue, Lily is just a child.  And she needs someone to guide her and protect her.  In step, the Umbral Knight and the other souls’ lily saves from The Blight.  Each soul has a story to tell, and a reason to fight.

The storytelling is methodical.  Giving you each new spirit tale, finding new info throughout the world, all of it works.  It does feel very souls like in both the way the story is told and the way the game plays.

OK, Now Into the Meat and Potatoes

For the core gameplay in Ender Lilies, combat is where everything lies.  Going in, I was expecting Metroidvania 2D controls with souls-like combat.  And while there is nothing groundbreaking, the controls are there.  Dodging, attacking, the dancing rhythm of the soul’s genre is there with the combat.  But there is one major issue that I had throughout the entire time I was reviewing this game.

I admit I love the soul’s games. The combat offered has this beautiful dance that I can’t get enough of.  Being locked in step with instant death is one of the best highs I get out of gaming.  This requires controls to be tight, not wavering for even a moment.  And when that rhythm gets thrown out of whack, it is infuriating.  The issue I faced is when I press a button for action, whether taking a step forward, attacking, or dodging, there is a noticeable delay.  I am talking about a quarter of a second, and at the worst, it feels like around half a second.  It could be more bearable if it was consistent, but inputs felt random with their timing so I could never get a consistent rhythm.

To me, this can be a death sentence for a game like this.  You can imagine that this will weigh heavily on the score, and it will.  But I also believe this delay can be fixed, after all, this game is in early access.  I also see how much care was put into the game so far, so I have faith that Binary Haze Interactive will make a fix.

There is a lot to love about Ender Lilies. The soundtrack, the art, the overall direction has this razor-sharp focus.  The only thing really holding back the game is that one delayed input issue I mentioned.  And this singular issue is a big gash in the face of Ender Lilies.  But with enough time, I do believe this game will become a shining diamond among the metroidvania genre, and it is only a few cuts away.

There is a lot to love about Ender Lilies. The soundtrack, the art, the overall direction has this razor sharp focus.  The only thing really holding back the game is that one delayed input issue I mentioned.  And this singular issue is a big gash in the face of Ender Lilies.  But with enough time, I do believe this game will become a shining diamond among the metroidvania genre, and it is only a few cuts away.