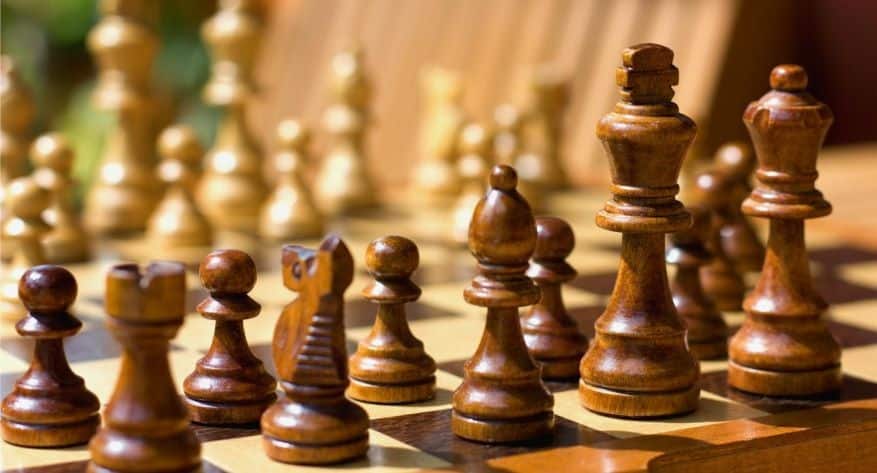 The strategy genre is one of the oldest out there, dating all the way back to 1981, with titles like Utopia for the Intellivision, a console twice as old as I am. It’s inspired some of the biggest franchises in the gaming world, from Warcraft to Civilization.

They’ve also told some of the largest and most convoluted narratives in gaming. Warcraft itself has spanned three strategy titles, an MMO and six expansions. Attempting to translate even one game’s worth of that lore into a movie was a disaster.

The Scope of Strategy Games

But while these grand stories can get out of hand, strategy games are perhaps better equipped than any other genre to portray a narrative of that scale. As while first-person shooters, RPGs and most other games have you on the ground in the action, strategy games allow you to dictate things on a much wider level, commanding sometimes multiple armies in enormous conflicts.

In a game like Halo 2 or Mass Effect 3, the battles don’t reflect their narrative weight, as you have to be given a realistically beatable number of enemies to fight. It hardly feels like a full-scale war when you’re only taking on a couple of dozen guys wandering into a back-alley in waves.

But in a game like StarCraft, you can see that every back-alley shoot-out is part of a far larger conflict. It feels like you’re in command of something genuinely capable of shaping a galaxy, rather than simply being one guy that inexplicably changes the course of entire planetary wars like Master Chief.

(Special mention to Halo Reach, as that game portrayed this much more realistically. While you fought a brutal campaign, you could feel the world steadily falling, since you couldn’t be everywhere at once. You didn’t change the outcome; you just lessened the impact of your defeat.)

This kind of narrative scope also lends itself to sequels, as we’ve seen in these strategy franchises. Watching things be slowly reshaped across games by your actions is compelling. So, keeping a long-running narrative is a good business practice too.

Not only are strategy games better equipped to convey narrative, but they’re also more dependent on it. While taking a step back from the action might have its advantages, it can also cause a disconnect between the player and the game.

Games like Civilization have construction times and it takes a while to move units into the position where they’re ready to do anything. Plus, in a turn-based strategy game like Civ, you spend half your time waiting for other turns to compute.

Any game that requires you to wait while being unable to do anything needs something to keep player interest. That’s why a lot of those games talk your ear off during the down-times. Little character portraits will chatter away about the story and the conflict and hopefully retain player engagement.

While story progression can keep people engaged, gameplay progression can do this as well. For example, in Total War: Warhammer it can often take dozens of turns to get even your first few territories up and running. And with so many other races and tribes taking their turns, the waits are fairly horrendous.

But as your empire expands, you get more do to and the wait times grow fewer and far between. Perhaps you also commit a few genocides to make the turns go a bit faster. These mechanics are often woven into narrative progression however, as things naturally near their conclusion as you grow more powerful.

While it doesn’t have a strict, linear narrative, Total War: Warhammer tells the story of your race as you play and become more powerful. It offers quests and narrative tidbits, but ultimately your growth is the narrative. The two forms of progression are inexorably bound.

The same goes for a game like Civilization. You are more or less playing out the narrative of a people’s rise from a tribalistic society to a futuristic utopia. The gameplay and narrative are one, with story progression and gameplay progression littered throughout.

This fusion of narrative and gameplay doesn’t only manifest in progression and success, but also failure. Death in an FPS game is generally the end of the tale. Your brains are spewed violently across the wall and your tale is done. But in strategy games, your grey matter isn’t at risk. The people you send to their deaths are entirely expendable.

A major defeat doesn’t have to be the end of the story. Either as part of a strict narrative or an emergent one, you can suffer the most crushing of losses and still end up victorious. However, this is much more compelling as part of a multiplayer experience.

Multiplayer in the Role of Narrative

While some players might be a bit more skilled, you beat them in exactly the same ways. And the experience remains a very introspective one, focusing on building your own forces, your own bases and only really interacting with your opponent to gain information, or when you intend to end things. Playing against someone else doesn’t really do anything to fill in the wait times, unless you’re on voice-chat.

While things like comebacks and pulling off strategies are a lot more rewarding to do against actual players, the game itself is no more compelling. If you don’t find strategy gameplay all that thrilling, the experience will be no different against someone else.

This is why multiplayer strategy gameplay is almost always attached to a single player experience, as the gameplay alone isn’t enough to carry the title aloft. They rely on either their narrative or their narrative-gameplay progression to keep things moving.

The only games that arguably draw on something other than story are historical strategy games. While they often tell the tale of historical events through gameplay, the actual narrative itself is very secondary to the setting.

People will play a game solely for the historical setting, as numerous series have discovered over the years. It has frequently been the main selling point of the Assassin’s Creed series, seeing a new historical location replicated beautifully.

The same was evident when the Civilization series tried to venture beyond historical settings with Civilization: Beyond Earth. It was critically lambasted and received drastically less support post-release than both its predecessor and its successor.

Series like Age of Empires, Crusader Kings, and the vast majority of Total War games sold themselves on setting and historical accuracy. And while there is a form of narrative present, it isn’t nor does it need to be as prominently featured.

However, with that notable exception, strategy games overwhelmingly rely on their narrative. It serves to close the disconnect between player and gameplay, as well as to ease the wait. Hearing people nattering away about their impending doom in StarCraft makes waiting much more enjoyable. And seeing notable figures from all over Warhammer Fantasy lore shout obscenities at each other during the turn-overs in Total War: Warhammer makes that bearable too. So, while strategy games have a lot more going for them than most titles, they do rely on their stories fairly heavily.

Do you agree? Do you emphatically and angrily disagree? Be sure to let us know in the comments. And if you missed previous installments of this series, you can find the most recent entry on Rogue-likes here.