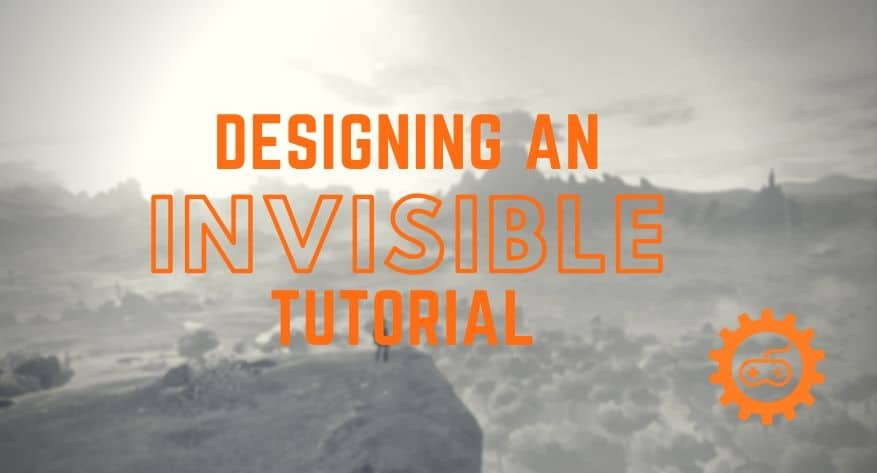 Games can be confusing. Sometimes certain mechanics or design philosophies can be difficult to understand, especially for inexperienced players. To combat these problems, game designers create tutorials — segments of a video game specifically aimed to teach the player what the game is about and how it works. Here’s the problem: pretty much all of them suck.

For the longest time, tutorials were delivered via a ‘wise old man’ or through un-skippable cutscenes that are so painstakingly boring you’ll want to stop playing. Even today we see tutorials that are incredibly invasive. Look at the Final Fantasy VII Remake demo. It presents the player, almost immediately, with game-stopping info panels that you need to read in order to understand before you keep playing.

I’ve always felt that if a game needs to take control away from the player to tell them how to play, they’ve already lost. If the player stops playing, the tutorial hasn’t done its job.

So I’m going to take a look at how it can be done right! Here are examples of games that teach the player how to play without them realising they’re being taught.

When thinking about what makes a good invisible tutorial, the folks at schoolofgamedesign.com say it best:

Number one, less text. […] It kills pacing, it destroys immersion and it’ll often be skipped by the very players that need the tutorial the most. Like everything else in games, your tutorial should be interactive. […] This not only creates a better experience for the player, but it also ensures that they actually understood what the tutorial was trying to convey. As opposed to text or even in-game cinematics where once they end, you have no idea if the player actually understood what you meant.

So it isn’t just that text is totally annoying — it’s about using communication forms inherent to the medium. You wouldn’t want a film to tell you about its world with text, you want to be shown the world. It’s more interesting that way. Video games are the same — if the player experiences something first-hand, they are much more likely to understand and enjoy it.

But if the player is given way too much information at the start, they’re going to forget it pretty quickly. I’m looking at you The Witcher 3.

As bizarre as it sounds, treat it like school. And the best teachers show, don’t tell.

Whilst this topic has been done to death, it’s still vital in designing an invisible tutorial. When starting a game, especially 2D platformers, you might notice how deceptively simple the level design is. In my Level Based Games: Curating the Details article I talked about games using difficulty scaling to teach the player. Ostensibly this is the same, where designers create levels that teach players the basics, without telling you they’re doing it.

Let’s use Super Mario Bros. level 1-1 as the example.

What does it do to teach the player? Well Mario only has a couple of moves here, and they’re easy to figure out: run and jump. The challenge Nintendo faced was showing how to do these things without telling you how to do them.

The Goomba looks like a threat, and you can’t just run into it. So the player jumps over it. Then you’ve got these question blocks that catch the eye. The only thing you know how to do is jump, and when you try it… you get a reward! Out comes a mushroom!

Whoever is controlling the game has already been taught what enemies are, how to jump, what question blocks do, and what rewards can do and how to get them. It was all tied to one action… jumping. Nintendo has this knack for tying so many lessons back to one input or concept to make it incredibly easy to understand.

Extra Credits has a whole video dedicated to this one level, so check it out if you want to know more!

Without overloading on detail, Yacht Club Games indie hit Shovel Knight does the exact same thing as Mario 1-1, except the core mechanic is the shovel. The game’s first level, ‘Plains’, both teaches you how to use the shovel and how the game works. The only text used the entire level is to develop the characters!

This one overlaps with ‘using level design’, but trust me it’s different. Context clues are when the developers use the world itself to tell the player how the game works. Whatever they do fits within the lore, environment, or story. Essentially it makes sense that it’s there.

A great example of this is Visceral Games Dead Space.

This invisible tutorial is designed specifically so you can see it, but it’s also a worldbuilding moment. The phrase “CUT OFF THEIR LIMBS” acts as both instruction and a call to action. So when the player see’s an enemy barreling towards them with limbs, that’s exactly what they’ll do.

On top of that, it’s smeared in blood, as if it was someone’s final act. Must be pretty important right? But the player doesn’t need to worry just yet, they’re currently safe. But then behind a door the player hears strange screaming. They have nowhere else to go. As the door opens the games titular necromorph jumps out, fast, loud, and scary as hell.

The player has just been told what to do, so odds are they’re going to do it. The limbs are also pretty hard to miss, as they’re so large. When they discover it works, they’ll keep doing it. After all, it keeps them alive.

Designing an invisible tutorial can thus orientate the player into the game’s world, instead of taking them out of it.

A Quick and Simple ‘Tutorial’

These types of tutorials aren’t really tutorials. They’re more of a way for games to convey small pieces of essential information incredibly quickly. It isn’t about outlining the whole gaming experience, but just orientating the player by letting the game speak for itself.

One great example of this is Valve’s Portal.

The above room is where the original Portal begins. The player awakens in a confined space, only able to explore this room and listen to some great music. After being incarcerated for a minute the portal to leave is opened. Not only has the player up to this point had time to goof around with the controls and learn about the game’s aesthetic, but now they know about the central mechanic: portals.

Most importantly, the player can see themselves through the portal. They are immediately learn what it is, where it is, and how it works all in the space of a minute. There’s no text, just a small room and a voice, and the player already understands the core conceit of the game.

What If the Player Has Freedom?

The one place tutorials often struggle to work is in open world games. Do you create a linear level at the start à la Skyrim? Do you then make it action-packed and counterintuitive to the general feeling the rest of the game presents in an attempt to make it interesting?

Let’s talk about Breath of the Wild. This isn’t just an example of designing an invisible tutorial, but of brilliant game design, period. The starting area is ‘The Great Plateau’, which serves as a microcosm of the rest of the game. It doesn’t sacrifice anything, apart from size, to teach the player the game’s mechanics. It gives them free reign to play around its space, only making sure they complete certain prerequisites to progress.

These prerequisites are the shrines, small challenges that allow the player to experiment with the Sheikah Slate’s abilities. Exploring the Great Plateau to find these shrines teaches you about the world, how all of its different systems can interact, and how to traverse and identify objectives.

The player is afforded so much freedom, which might be confusing at first and unproductive. But Nintendo does just enough to guide the player to situations and mechanics in this small sample so that when they leave, the whole of Hyrule feels familiar, despite its exotic locales.

This is How It’s Done

So, there you have it. Some of the methods for designing an invisible tutorial. This is by no means a complete look, but it does show that whilst tutorials can all be different depending on the game’s style, showing rather than telling will always be more effective.

If the player doesn’t realise they were in a tutorial and thought they were just experiencing the raw game, then it’s an excellent tutorial. Let’s face it — no one boots up a video game to learn! They want to have fun!

If you’re looking for some games that won’t hold your hand, check out Ten Gaming Challenges You Must Try. As always, thanks for reading COG!