Culture of Gaming’s Best Platformers of 2019 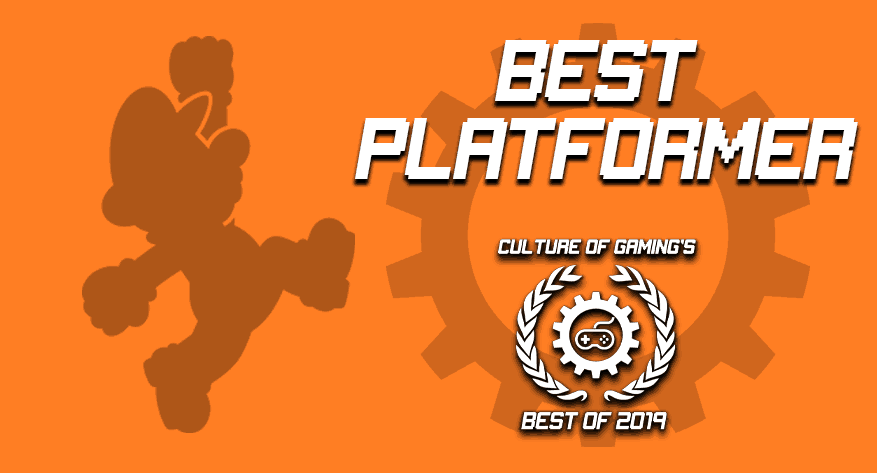 Platformers are the bread and butter of the Gaming Industry. They were one of the first genres of Video games, and they are still very much alive today! A good Platformer combines intuitive and challenging level design, with accurate and responsive controls. These are our best Platformers of 2019

Oh, look… We decided to pick a Mario game as the best platformer… WHO WOULD HAVE GUESSED?! But in all honesty, should that really come as any surprise at all? When you think of platformer games, the Mario games are probably the first that comes to your mind. So imagine how happy and fan were when we got our hands on Super Mario Maker 2 and got the chance to make our very own Mario levels. It was a dream made in heaven itself from the casual players to learn how to make stages while allowing the more extreme players to create nightmare levels of their own creation and unleashing them upon the world. YATTA! The game felt like it was made for the Wii U and later for the 3DS. However, how well did it do on the Switch? The answer is even better than many would have thought. Taking the lessons learned from their first go-around, Nintendo did so many incredible things with Super Mario Maker 2 that already let you do so much. Each of the four themes got to see a wide variety of new course additions and new mechanics that could allow for even crazier ideas. You got more themes, remixes of classic levels to match those themes, and even a unique mechanic that would let you alter the rules of the level by switching it into night mode. If that wasn’t already enough to justify it as a sequel, we got two more gigantic additions that would more than warrant it as a sequel.
The first was the addition of a 5th theme. Based on “Mario 3D World,” it brought over tons of enemies, mechanics, and even the Cat Suit and a Go-Kart. You couldn’t transfer a level load out to the other four styles, but it was no problem at all considering how it can feel like you’re playing a spinoff of 3D world if it was turned into a 2D side scroller. It became just as much of a welcome addition to level designers as the other four themes. The other big addition to Super Mario Maker 2 was the Story Mode. It wasn’t anything to write home about, but for the “would be” level designers, the levels you play through can be quite the challenge while also opening your mind to ideas that you probably didn’t consider at first. You would think that Super Mario Maker 2 could have been just another simple port from the Wii U, but Nintendo knew they had to take the game’s never limitless options and make them even more numerous from there. It might sound like it’s cheating to say, “the best platformer is the one you make yourself.” Still, when you look at the levels that are out there that are uploaded on a daily basis by Nintendo fans, there is no argument that you will never find a platformer that has as much variety as Super Mario Maker 2.

RUNNER UP PLATFORMER OF 2019: MY FRIEND PEDRO

So what happens when you take the gun kata style that you would see in something like in a John Woo film and pair that up with a magical talking banana named Pedro? Strangely enough, this isn’t the craziest game plot we got in 2019, but it came close: My Friend Pedro! Based off a flash game back in 2014, My Friend Pedro has you running around shooting people, bouncing off walls, and being an overall badass while your banana friend tells you to keep shooting those trying to shot you. The plot can be silly at times (the perfect game for Devolver to publish), but it more than makes up for it with the gameplay. The name of the game is all about style and taking down your enemies while doing it. Your character can roll on the floor or spin to dodge bullets while dual-wielding guns and taking down rooms full of enemies at a time. You can run through each level and be utterly wreckless if you want, but there’s something really special when you achieve a high rank when you combo your kills together. And if you want to make things feel even more epic, you also can slow down time to help better manage taking down enemies and avoid the bullets. Each moment in My Friend Pedro does make you feel like you can take on the world (since you kind of are), and there’s no denying the action, and the platforming with wall jumps can certainly keep you busy from start to finish. Just remember: Pedro does have your best interest in mind. Be kind to your banana friend.