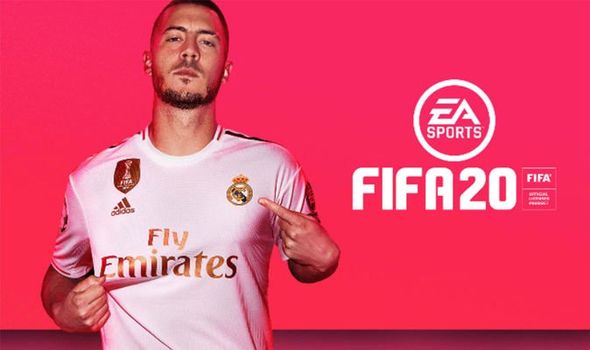 Gamers can sometimes live in a bit of a bubble, but even the most anti-social among us will have peeped out through the curtain and noticed that a sledgehammer has been taken to sports fixtures in recent weeks. The NBA has been postponed, as too has the Premier League (at least until April). Everything from the Wimbledon Championships to Euro 2020 to the Tokyo Olympics is in jeopardy. Moreover, it’s not as if sports fans can simply go to the pub; the advice in most countries seems to be to practice social distancing, and that means staying at home.

But we know that there are plenty of alternatives to real sports to keep people entertained during the pandemic. For a start, you have the big hitters FIFA 20, Madden NFL 20, NBA 2k20 and MLB The Show 20. Many gamers would suggest that you can’t really go wrong with these titles, and they are often the slickest in terms of production. However, there are always alternatives that can beat the mainstream choice in a good year. For instance, soccer game PES 2020 is still the choice for players who value gameplay over style, and many have chosen it over FIFA 20.

If you are to be holed up for a few weeks or months, a strategy game like Football Manager is a good option. You can literally spend 100s of hours on the game, bringing your club up through the leagues and establishing yourself as a top manager. If soccer isn’t your bag, then Out of the Park Baseball 20 is a brilliant alternative. It has gotten rave reviews for its statistical accuracy and should keep you busy for months. For something altogether different, why not try Lonely Mountains Downhill? Many are calling the mountain biking video game the best sports release of the last year.

Of course, a lot of people will miss the thrills of watching competitive sports. That’s where eSports can help. Even without the coronavirus pandemic, watching eSports has become a massively popular spectator activity. The likes of the Overwatch League, LoL competitions, CS:GO, and many others draw in millions of fans worldwide, and you can access live content through platforms like Twitch and YouTube. Some cable channels will also show eSports events.

eSports have always been popular with bettors, and perhaps they can fill a void for punters who missed out on things like March Madness and the Grand National this year. You should also check out virtual sports by MansionBet, which involves realistic simulations of horse racing, tennis, football and several other sports. The betting options and graphics are excellent, reflecting real matches and races with features like instant replays. Indeed, it’s worth noting that virtual sports betting is hugely popular with punters even when a pandemic hasn’t wreaked havoc on global sports fixtures.

If, as it seems likely, money will be tight for some folks over the coming months, then dusting off a few classic sports games or buying them second-hand isn’t a bad idea. ESPN NFL 2K5, for example, is considered one of the best-ever American football video games, whereas Pro Evolution Soccer 2 has an almost cult-like reverence from its fans. If getting a bit of exercise is paramount, don’t forget about Wii Sports and Wii Sports 2.

So, there you have it: A kind of sports gamers guide to the apocalypse. The video games world has thrown up something for every type of sports fan around. If you are missing the action over the spring and summer, then fire up the PC or console and strap in – you might never look back.