Why is “Skyrim” still fun after all this time? Mods! 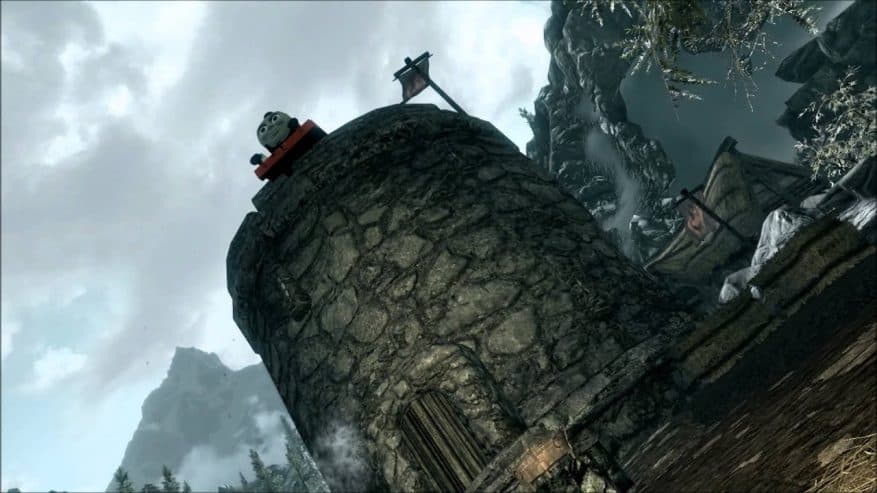 The Elder Scrolls V: Skyrim, often referred to just as “Skyrim,” is widely considered to be one of the most successful video games ever created. Originally released for PC, Xbox 360, and PS3 back in 2011, the game saw massive success and popularity. So much so, that it has continued to be re-released… over… and over… for the last nine years. Skyrim has seen releases on a multitude of different consoles, ranging from the Nintendo Switch, to the Amazon Alexa. (Yep, you read that correctly.) During E3 2018, Bethesda revealed that Skyrim would be coming to Amazon’s Alexa in the form of a “Very Special Edition.” However, Skyrim on Amazon Alexa is not as full-fledged as you may believe. It is merely a text-based adventure game. While that is still cool, it is not nearly as cool than if we would be able to actually run Skyrim on an Alexa.

So what kept Skyrim popular all those years? What dragged players, new and old, inexperienced and veteran alike back into Tamriel, back into Skyrim time and time again? The answer is simple.

Yep. That’s Thomas the Tank Engine, in replacement of Alduin, the world eater. “Really Useful Dragons” is definitely a very.. useful(?) mod. Yeah. You can download that here…

However, If Thomas the Tank Engine flying around and breathing fire doesn’t suit you, and you’d like something a little more… grounded, then perhaps the aptly named “Skyrim Gun Mod” would be more your style?

A modder by the name of “Blackstorm999″ went through the painstaking work of porting a mod from the Legendary edition of Skyrim to the Special Edition of Skyrim, and this is the result;

If the mods showcased thus far in this article have not convinced you of the sheer love the modding community has for Skyrim, I’m not sure what will convince you!

Moving on from things like Dragon Trains and guns, next up we have some texture mods! Would you believe me if I said this was Whiterun?

“I used Tamriel Retextured and paradise cities for those huge succulent trees,” the user states in one comment on the post.

I don’t know about you guys, but I’m definitely checking out those two mods on my next playthrough of Skyrim!

Next up, we have this insane mod which adds photorealistic textures into Skyrim.

MystiriousDawn, the creator of this mod titled “MystiriousDawn’s HD Skyrim Overhaul” aims to transform Skyrim’s normal textures into photorealistic replacements. The mod is still not finished, as the mod author still has much work to do as he mentions in the description of his mod. “This is an ambitious project and will take me some time to finish,” the user notes.

Judging from the screenshots, they have done a very good job so far and I definitely look forward to seeing it in its completed state!

Moving away from texture mods, we have not one, but two mods that I am very excited for!

Apotheosis is not done yet, but it is said to be “nearly completed.” The mod tasks you with collecting various artifacts as you race to complete the “Heart of Lorkhan” in what I would describe as a souls-like atmosphere.  The mod is also said to feature several challenging bosses! I wonder how challenging they will be for my level 51 character and his party of four high leveled followers…

Finally, we have the Beyond Skyrim Series. Beyond Skyrim aims to bring many places across the wonderful world of the Elder Scrolls into Skyrim, such as Bruma, Cyrodil, Atmora, and Morrowind, to name a few. I am quite excited for the day that all of the “Beyond Skyrim” projects are done, allowing all Skyrim fans to delve into the many lands never before seen in Skyrim’s engine!

What Skyrim mods are your favorite? Lemme know in the comments below!