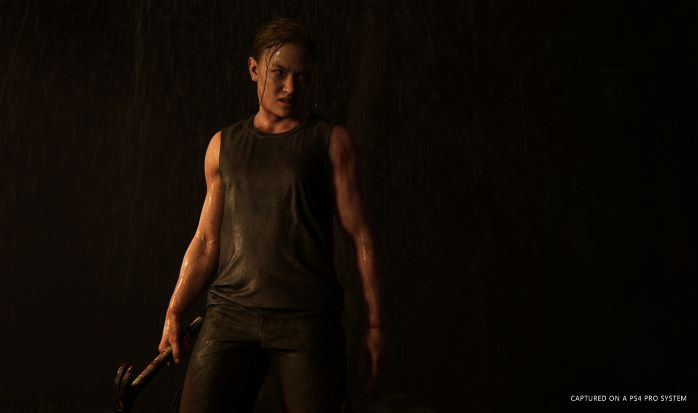 Abby from The Last of Us Part II has stirred up controversy. Her role in the highly anticipated sequel has been the talk on social media and online forums. Some of the conversations center around her actions in the game: Who she is, her story, and the choices she makes. These are fine criticisms and conversations to have about a character, definitely not about an actress.

Unfortunately, these online discussions have also highlighted a much deeper issue in video game culture: sexism. Many players have found issue with Abby’s physical depiction and declared an outcry against realism, but haven’t actually backed that up without sounding… sexist.

Note: This article contains some minor spoilers for The Last of Us Part II

Since Abby’s introduction, one of the focal points of conversation is her body. People claim she is unrealistic given the post-apocalyptic world the game takes place in. This is, of course, despite the fact that she lives in a massive human encampment equipped with a fully functional gym and cafeteria (supplied thanks to the massive agricultural system run by WLF). Plus, as one Reddit user points out, the dishes in Abby’s sink suggest her food is unrationed.

Abby has also been heavily involved in militarized operations for several years by the time The Last of Us Part II takes place. From her time in the Fireflies to her work with WLF (both organizations with the resources to train soldiers), Abby has been training. Why wouldn’t she be buff? (Editors Note: Or why can’t she be buff?)

Regardless, we shouldn’t be speculating about Abby’s appearance at all, as it is irrelevant to the story. Having these conversations suggests women’s bodies are up to discussion, as opposed to what they, as individuals, contribute to the game. It’s tiresome. Conversations explaining why this is problematic is tiresome. But they are necessary to keep having so as long as people keep complaining about female bodies.

Why Conversations About Abby Point Out a Double Standard

If you’re pining for realism, why is Abby the target of criticism? Certainly, other female characters fail to meet realistic standards according to the setting of their games.

Take Lara Croft, for example. The protagonist of the Tomb Raider franchise is an archaeologist that often adventures into ancient ruins in search of lost artifacts. Though her character has changed over the years, she still fails to realistically represent the field of archaeology. Some of her actions have led to the irreversible destruction of cultural centers, something many present-day archaeologists would abhor.

Older depictions of Lara include her sporting short shorts and tight tops, meant to emphasize her body. For someone who spends much of her time navigating through tough terrain, this depiction is lazy and meant to cater to a fan base that would only love a female character if she was visually appealing. It is true that Lara’s physical appearance has changed over time. However, even the most recent depictions still struggle to meet “realistic” standards.

But, this isn’t really a criticism of Lara Croft. This is mean to point out the flaw in the argument that Abby’s body is “unrealistic.” If people cared about realism, why give Lara Croft’s outfit choice and shady archaeological practices a pass?

Because it isn’t about realism. It has always been about their bodies.

Despite Lara Croft being strong and well-educated, Tomb Raider would not have been nearly as successful had Lara Croft not been overtly sexual. Lara Croft was designed with the male gaze in mind. Though the game’s developers sought to contribute to a new era of powerful women, they admitted that they’d expected her to be more appealing to men.

In video games, women are typically conventionally attractive. Research has shown that women are more frequently sexualized than men in video games. Furthermore, rated M games tend to depict women naked more than men (I’m looking at you, The Witcher 3).

Women Protagonists and Why They’re Important

What’s more, women’s roles in video games (especially as the protagonist) are small. In 2019, Wired released an article that analyzed video game protagonists by gender based on games announced at E3. Their reasoning for selecting E3 was because it is “the best snapshot of how the industry is defining itself and delivering what it believes consumers want to see.”

The results from their observations show how, over the last few years, games featuring a man as the protagonist out-number games featuring a woman as the protagonist. Of the 126 games at E3 in 2019, only six include exclusively female protagonists. Though findings showed that 65% of the games gave players the option to chose whichever gender they prefer, the article points out: “it’s fundamentally different from being asked by a game to take on the role and experiences of a specific character.” That is to say, being made to a play as a woman is different than being given the choice.

They also point out the importance of proper representation. Just because a woman is a protagonist, doesn’t mean that representation does her justice. Again, Lara Croft is smart and athletic and accomplished, but she is also over-sexualized.

Abby Isn’t the Norm But She Shouldn’t Be the Exception, Either

Women’s representation should not be limited to what is conventionally attractive. The more body types we see that break away from this trope (like Abby’s or otherwise), the less we’ll see people complain about them. This isn’t to say that women can’t be attractive, but they are more valuable to games than their appearance. Therefore, the responsibility falls on developers to help change this expectation and gamers to normalize characters having different body types.

You’ve been reading Culture of Gaming, you can also check out our most recent news here!