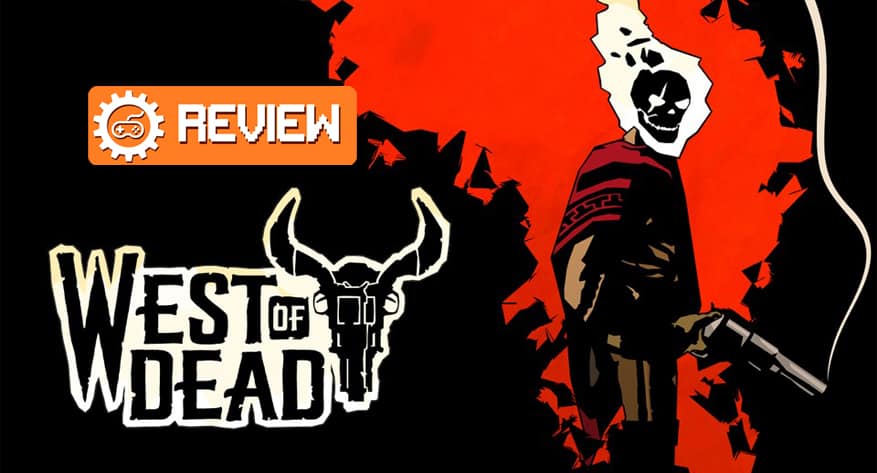 Disclaimer: The game is currently in an early build, so anything I talk about in the review could change in the future.

Prior to me writing this review, I was very curious about West Of Dead after seeing it’s The Game Awards reveal trailer. I’ve always loved rogue-like games, and West Of Dead caught my interest. Fortunately enough, the awesome people at Upstream Arcade & Raw Fury gave me the chance to test the beta version of the game. But does this western adventure live up to my expectation, or will I just pass by it like a tumbleweed? Let’s find out!

The Man With Who Refuses Death

So far, the story seems relatively simple. You play as William Mason (Who’s voiced by the one and only, Ron Pearlman). William wakes up in the grim and gritty world of Purgatory and only remembers a figure in black. Now he must explore Purgatory and discover his memories. He sets into motion a chain of events that have truly mythic consequences. William soon finds out that he can’t die like any normal man and must fight to discover the truth.

Honestly, I don’t mind the game having a relatively simple plot. For me, it fits the rogue and arcade-like style that the game is trying to go for. I’m not too sure if the developers will improve upon the story in the final version, but for now, I’ll judge it for what it is, and I find it to be fine. Also, while there weren’t many-voiced dialogue, from what I heard, Ron Pearlman gives a great performance as usual.

This is where the game shines the most in the gameplay aspect. If you played a top-down rogue-like game like Binding Of Isaac, then you will be familiar with how it plays. But for those who don’t know what rogue-like is, then let me explain. Pretty much, you are assigned to explore levels where your health and items are limited. You must rely on your own skills and items drop to survive to the end of the stage.

West Of Dead does a few things new to keep it unique to other rogue games. The most noticeable features are the darkness feature and cover system. Firstly, the darkness system is a mechanic where you need to create light to see your enemies since many of them will hide in the dark. I can create light with a torch, lighting up lanterns, or briefly with your gunfire. I find it very thrilling since you, as the player, can very anxious about where the enemy will shoot you from. Secondly, while the cover system isn’t anything new in games, it’s fresh to see in a rogue like game. Overall the gameplay is impactful, exciting, and anxious, especially with the notion that if you die, you have to restart again.

Unfortunately, since this was an early beta build, there wasn’t much music or sound effects to judge on. So I won’t talk about the audio aspect of the game. But that doesn’t stop me talking about the visuals of the game. Let me just say that this game has a gorgeous art style. The cel-shading and lighting are downright appealing to look at and is the primary reason why this game sticks out from other games.

Whenever you’re in action and firing your rifle, the gunfire effects and how bullets fly and hits enemies are just satisfying due to its visuals. This also works extremely well with the darkness system I was talking about before. However, I did notice some visual and game glitches. This includes frame drops, visual screen tearing, texture pop-in, etc. I do believe this will be fixed in the final release.

In the end, I had a blast playing West Of Dead, while the beta is short, and those have its issues. That doesn’t stop me enjoying the exciting gameplay, the fantastic visual art style, and the great vocal performance. My hopes are just that I hope they fix the glitches I encountered and feature a great soundtrack. If they can add those in the final release, we could have any excellent indie game!

For more reviews like this, keep up to date with Culture Of Gaming for news, reviews, and all things geeky. For more reviews and opinions on West of Dead, check out Open Critic here.