Weirdest Games Made by Your Favorite Developers 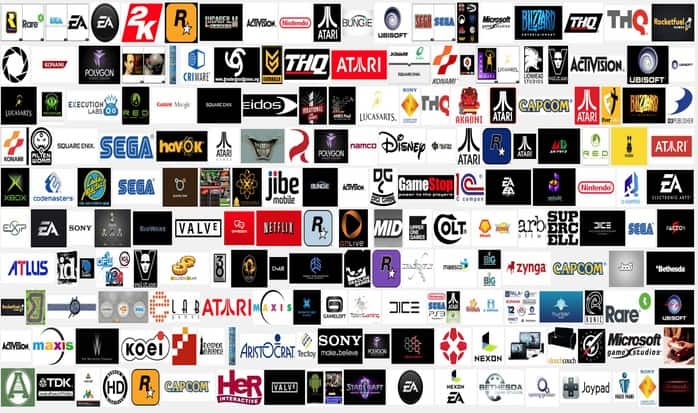 Developers often get boiled down to either their current IP, or a specific genre or two. Everyone who follows the industry can more or less tell what kind of game they’ll get from most big name developers. If you think of, say, Infinity Ward then you imagine COD or just an FPS. NetherRealm?  Mortal Kombat and fighting games, of course. But, back before some of these developers found their niche genre or big IP, they got…weird. In some cases, I’d imagine a lot of them would rather you forgot they made these games. Where’s the fun in that, though? Instead, lets take a look at the equivalent of these developer’s awkward middle school yearbook photos. Only instead of pictures, these are real, full video games they made. And boy, are there are some weird games you’d never guess were made by these developers.

To be fair, this is an RPG. So, in that sense, Square wasn’t going too far out of their genre comfort zone. In every other regard, though, this game sounds like an urban legend. This Japan-exclusive released in 1989 on the NES was based on Mark Twain’s novel “The Adventures of Tom Sawyer.” In just about every way it follows RPG standards for the time. Only instead of a fantasy setting with magic and monsters, you’re playing as Tom Sawyer and his pals. This game came out between Final Fantasy 2 and 3 in Japan and was even scored by FF composer Nobuo Oematsu. Even though it was never localized, the reception the game got from western outlets was…unkind to say the least. Let’s just say it was ranked #2 on The Gamer’s list of most racist moments in video game history.

FromSoftware made a name for themselves with a very particular type of game. The Souls games, whether dark or demon’s, is where most people’s minds go when they hear the name. If you’re a slightly older fan, you may also think of Armored Core. And if you’re even older than that, maybe even King’s Field. Regardless, tough, mechanically deep, often oppressive atmospheric games are seen as FromSoftware staples. So, would you ever believe that they made a game titled The Adventures of Cookie & Cream? This early PS2 title was before Miyazaki’s time at the company but was still a far cry from their normal output.

Following the titular characters, who are bunnies, by the way, the game is a single-player or cooperative action-adventure where the player has to guide both characters to the end of each stage before time runs out. The story is also about as opposite as you can get from anything FromSoftware usually puts out. On the way home from a “moon festival” Cookie and Cream are told that the moon is missing. And, if no one finds it, there won’t be another festival. Not quite on the level of Dark Souls lore, huh?

Naughty Dog – Way of the Warrior

Cinematic action. Adventure. Brutal realism. Well written and deep characters that feel real. Naughty Dog is considered by many to be one of the top developers for cinematic experiences. Ever since moving on from Jak and Daxter, the studio has pushed deeper into realism. That all began with Uncharted and looks to culminate with The Last of Us Part 2. But, even before Jak and Daxter, Naughty Dog had a touch with weirdness in their games.

Way of the Warrior was not only weird conceptually for the studio, but as a genre as well. As you can see, this was a Mortal Kombat style fighting game. But, made back in 1994 for the 3DO of all systems, Naughty Dog was on a tight budget. So, to save some money, they recruited friends and family to portray the 9 fighters. Somehow they were still able to get Rob Zombie to be the composer though? More importantly, this game was so impressive to Mark Cerny that he agreed to publish their next three games. Those would end up being the Crash trilogy. Everything about this entire game is baffling.

Movie tie-in games are still fairly common, but used to be a dime a dozen. Still, this one is special in a lot of ways. For one, who would think Home Alone needed a video game adaptation? Second, why would Bethesda of all studios develop it? We may never know the answers to those questions. But, we do know that somehow it happened. A very late NES version was made by Bethesda in 1991, with other studios making 4 other versions on different systems. The game is basically like what you’d expect, which is to say nothing like any Bethesda game you’ve ever played. To be fair, they wouldn’t start their Elder Scrolls series until a few years later in 1994.

Rare was going toe to toe with Nintendo for the platformer/ collectathon genre crown early on. The Donkey Kong games on the SNES were not only fantastic in design, but graphically amazing for the time. Banjo-Kazooie  on the N64 is still debated to this day as being superior to Mario 64 as the superior platformer. But, Rare wasn’t holding themselves to just that genre. They heavily influenced the console FPS design with Goldeneye and Perfect Dark. For a while, it seemed like the studio could do no wrong. That is if you ignore Taboo: The Sixth Sense on the NES. This “game” is just a tarot card reader simulation. Just a plain card simulation. No googly eyes or sarcastic British wit to be seen. There’s really not much else that can be said about it. David Weiss did compose for it, so there’s that.

Let’s round out this list with another head-scratcher. Bioware, in their prime, was among the kings of western RPGs. Games like KOTOR, Neverwinter Nights, and Balder’s Gate were praised for their writing. Mechanically, these games were no slouches either. RPG fans found dozens, if not hundreds of hours of enjoyment playing with these systems. Naturally, the studio’s logical progression would be to take on the Sonic license. Wait…

Made for the DS, it was Bioware’s first-ever handheld title. Apparently the team were fans of the Sonic franchise and wanted to bring their own flavor to the series.  The gameplay was not at all like a typical Sonic game, instead, split between exploration and a more traditional turn-based battle system. This is probably the clearest case of a developer’s style clashing with the IP they’re working in. Regardless, Bioware was actually interested in making a sequel. That wouldn’t happen after they were acquired by EA, though. Perhaps that was for the best.

There you have it, folks. All the mutant skeletons of these big developers dragged out into the spotlight. Were you aware of any of these games at all? If you were, did you know who was actually behind making them? What about other examples? There are tons more so let’s share them in the comments!