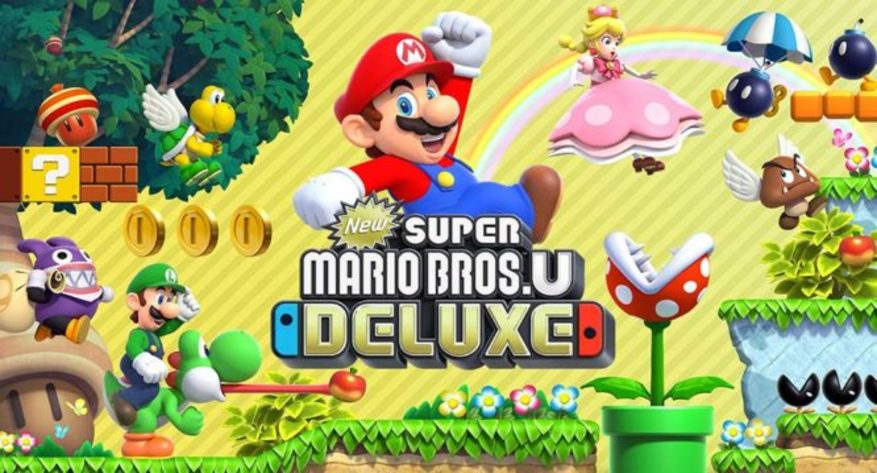 I’ve been writing opinion pieces for Culture of Gaming for a while now. And if you read many of them you see that games preservation is very important to me. So, Nintendo continues its quest to pretend the Wii U never existed by adding yet another old title to the Switch library: New Super Mario Bros U Deluxe. This is a good thing, right? After all, re-releases preserve games, right?

Comparison, For Better or Worse

But everywhere I look I see comparisons to another Wii U favorite turned $60 new title: Donkey King Country Tropical Freeze. ‘It’s not as good’ they say. ‘Tropical Freeze has more variety’ they notice.

Now, I want it said upfront: I think it’s a good thing to make old games available in new formats. But, looking at the newest Mario game for the Switch, I feel nothing. I shouldn’t feel nothing for the mascot that saved video games. This whole situation raises the question:

Should They Reboot 2D Mario Again?

This includes the original Super Mario. At least Super Mario Bros on the NES has personality, a distinct style. When you boot it up, you can tell from a screenshot what game is being played.

Super Mario Bros 3 was a stage play. You end every level by going backstage. You can even jump from set piece to set piece.

Even Super Mario World showcased to the world what the Super Nintendo could do! It had a unique art style that, save for Mario Maker, they didn’t use again.

When 2D Mario returned after a 15-year hiatus, it had a goal: to show what a 2D Mario game would look like on modern graphics. I’d say it accomplished this. We devoured it on the Nintendo DS. Mario looked like Mario. Job well done, guys.

But it seems like ever since Super Mario Sunshine in 2002, the model of Mario characters has changed very little, in the mainline games. I don’t need you retorting about Paper Mario or the Mario and Luigi RPGs.

While the character models have changed very little, the locations and areas have changed a lot. You have the tropics, space, and a wide-open world. But with side scrolling Mario (not 3D Land/World), we keep on having the bland plastic models of Mario and friends going through grass, desert, water, and lava. Over and over. No context to any of the levels.

But like I said initially, I don’t think it was a bad thing to re-release New Super Mario Bros U in a “deluxe” package. And, of course, I realize that it costs money to make new assets. New games aren’t cheap to create.

It’s just that this re-release reminded me of how stale the New Super Mario Bros. style had become. But what if the side scrolling Mario games had the imagination of Galaxy or the eye-popping nature of Odyssey? What if Mario himself had a different art style and wasn’t just a rehash. Yes, there’s a little thing called brand recognition, like if you look at Yoshi’s Island, you know it’s Yoshi’s Island. But if I can’t tell the difference between New Super Mario Bros, NSMB Wii, and NSMB U, we have a problem here. All I want to say is that I can’t wait for 2D side scrolling Mario to be look fresh again.