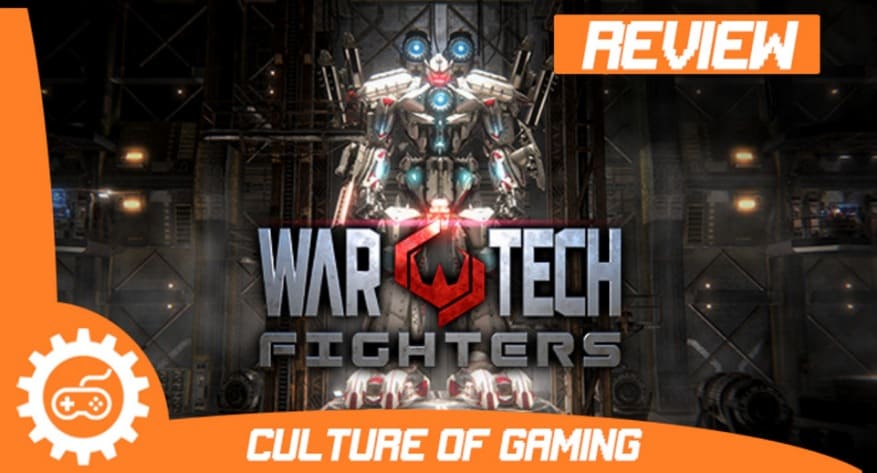 War Tech Fighters is an action-packed Mech game set in many stunning environments. Developed by Drakkar Dev and published by Blowfish Studios, this title launched for the Nintendo Switch, PS4, and Xbox One on June 27th, 2019. Previously it launched on PC back in 2018. The blockbuster like space shooter will only cost you a solid $19.99 USD.

For fans of the Gundam series, you won’t find anything near as great as the best of the series in War Tech Fighters. But you may find an enjoyable time that can hold you over until the release of Mobile Suit Gundam Battle Operations 2 here in the west.

The same can be said of those who are patiently or, like myself, not so patiently awaiting the release of Daemon x Machina. W.T.F isn’t nearly as stunning as either look, but for twenty bucks, it’ll definitely hold you over. While managing to provide fun in its own regard as well.

In War Tech Fighters you take control of soldiers apart of the Hebos and Ares rebellion against the Zatros empire. Throughout battles in orbit or in the atmosphere of many different planets, you and your comrades are put up against the Empire’s best. That’s not all that lurks beyond your radar. Pirates are a constant threat to your stations and ships as well.

You mainly play as Romanis. A highly skilled and regarded War Tech pilot apart of the Rebellion. Overall though, the story matters little. Without any true cinematics, it’s all in-game dialogue, of which there isn’t much, and flavor text. The story is presented in a way that allows you to ignore it completely if you wish. This is caused by every mission being separated by visits to your hub, much like the Monster Hunter or God Eater franchises.

Unfortunately, the game itself doesn’t fully comprehend the disconnect between player and story. Often creating tense or emotional scenes that fail to land completely due to a lack of connection to any of the characters or plot. Even when reading everything you can and following the plot in detail. The game would benefit from not taking itself so seriously, and focusing more on the experience of the player.

There are also some technical issues with the game. The writing can be a bit wonky at times. At one point Aiko tells you “I must go to do some maintenance at the docks…” which sounds just a tad bit off. And the writing issues don’t stop there. While not a major distraction, it does detract from the experience for those more grammar oriented.

The gameplay itself is fun, although typical. They give you a machine gun arm, heavy cannons, missile launchers, and melee weapon. Then by combining these various weapons you can manage to take down fleets of enemies at once. But you have a limited amount of energy, however, so timing your shots is important.

When enemies are badly injured you can also do finishers. These allow your energy to recharge. And you can engage other War Techs in melee combat using various types of swords to do so.

One major downside to both of these is how jarring transitioning into these scenes are. Instead of being smooth, you’re met with different pacing, very different controls, it just stops feeling like you’re in control and rather feels like you’re playing a point and click adventure game. Making these aspects smoother is no easy task, so I understand that route the developers took. But I still wish there was more to it. A more coherent combat experience would overall improve the quality of the game by a large margin.

Missions can also get repetitive after awhile. You’re either hacking into things, escorting something, fighting enemies, or some combination. That continues for roughly ten or more hours until the game is over. Fortunately, there are challenge modes that add a bit more variety to the game as a whole.

Plus there’s upgrading. By completing missions you earn money that can then be spent on new equipment or research completion. Both can greatly improve your stats and unlock more unique weaponry options.

The  Art of War… Tech Fighters

The graphics are impressive for a more realistic styled indie title. While obviously not on the level of Red Dead Redemption 2, the game manages to have an art styled similar to the many Japanese Mech games it draws inspiration from, while capturing a flair of design that belongs just to it.

The many customization designs look great, and while options are fairly limited, they accomplish giving the player a sense of individuality regardless. Plus, having certain upgrades locked behind a certain level or research restrictions is really smart since it gives the player a sense of progression.

The music is well composed. While not anything mind-blowing, it does work as it should. Elevating gameplay by placing significance on certain events that are about to happen or are currently happening. The music never gets old either, which for some indie titles is a major Achilles Heel.

Unfortunately, this game is held back by the lack of original ideas. Nearly everything in this game has been done in previous Mech games, and typically a lot better too. Even down to the name of the game itself “War Tech Fighters”, yeah you use these pieces of tech to fight in a war.

Regardless, it still manages to offer up a fun experience. Plus it has a far deeper leveling up system and customization options than I originally thought it would have. So, despite some muddy controls and an insignificant story, for only twenty bucks, this game will go a long way in holding people over for the major Mech games on the horizon.

Are you interested in reading some more reviews? Then hop on over to Open Critic for all you can read!

War Tech Fighters is a fun Mech game, but unfortunately fails to do anything original. From an insignificant story, to basic controls, customization and even writing.