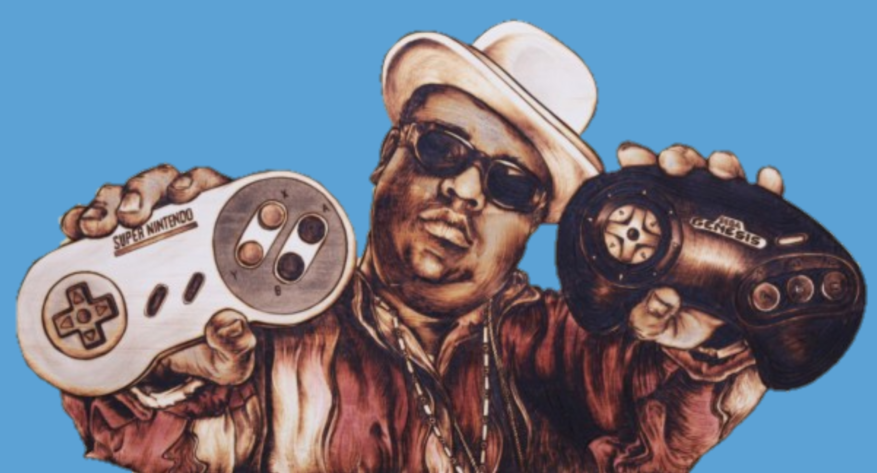 The amalgamation of video game music and hip-hop has been present ever since the gaming boom of the 80s. Both sub-genres have made it into the mainstream due to the lengthy success of the SNES and artists calling back to their favorite games for the nostalgia value.

The motherboard for the SNES contains two sound chips working together to create all the audio, sound effects and music. This allows the SNES to have access to eight sound channels, three more than the previous NES console. Composers can layer sounds together by loading audio in from different sounds and instruments, giving them full creative control. This revolutionized video games forever and led to the creation of the most iconic soundtracks.

Hip-hop does something similar by sampling parts of pre-existing songs or sounds and reconstructing them over a stylized rhythmic beat. Giving a rise to the creation of some unique music with samples from the strangest of places.

The combination of video games and hip-hop as a joint entity never fails to impress, appealing to audiences across all generations. Here are some recent hip-hop songs that have taken inspiration from famous video game soundtracks and sound effects.

A clear sped-up interpolation of “Haunted Chase” by David Wise is used as the central beat for Drake’s “6 God”. It is genius using a song that supplements a quick segment of the game to amplify the speed of the rapping. And suits the overall sound of the album, If You’re Reading This It’s Too Late.

Drake also has samples from other video games. On “KMT”, from the album More Life, a snippet of Tomoya Ohtani’s “His World” is taken from Sonic The Hedgehog (2006).

You can hear the sample from 0:02 and throughout.

An obscure sample of composer Jim Guthrie’s “The Cloud” from the iOS and PC hit appears on Lil’ Wayne’s “She Will”. The relatively untouched melodic tune is present under a set of low drumming and loud hi-hats.

The use of the sample has even come as a shock to the composer as per his tweet,

Did I just get sampled by Lil’ Wayne?

You can hear the sample from 0:00 and throughout.

“Sorry Not Sorry” features the classic “Fight” soundbite as Bryson Tiller felt the beat reminded him of a video game. This does seem to be true as the song is somewhat reminiscent to the ever-famous “Guile’s Theme”. The use of the soundbite also fits in line with the bragging nature of the opening lyrics.

Yoko Shimoura’s “Darkness of the Unknown” from Kingdom Hearts II forms the main sonic backdrop of J Coles’ “Dollar and a Dream III”. The eerie orchestral instrumental really compliments the story of the song, just as it does in the game. It just goes to show how two of the unlikeliest properties can combine to create something special.

This song is produced by J Cole himself, and appears on his debut album Cole World: The Sideline Story.

You can hear the sample from 0:00 and throughout.

Childish Gambino is a rapper known to frequently reference pop culture in his lyrics. In this case, referencing Streets of Rage 2 by sampling Yuzo Koshiro’s “Slow Moon” on “Hold You Down”. The retro 8-bit sound comes across smoother due to the use of the violin perfectly weaving in and out. It mainly features in the background with other sounds layered on top, but can be heard in its full glory by the end.

Frank Ocean’s “Start” is the opening track to the debut album Channel Orange. It is a relatively short introduction song, mostly made up of the PlayStation start-up sound and Super Street Fighter II Turbo sound effects. What better way to start an album than using the greatest console start-up sound to reference a love for gaming?

Capcom’s Street Fighter series may also be a favorite of Ocean’s as he has another song called “Street Fighter” and has been seen wearing the merchandise.

You can hear the PlayStation sample from 0:23 and the Super Street Fighter II Turbo sample at 0:44.

The Sonic the Hedgehog soundtrack has an unbelievable number of memorable tunes from each zone. Who can forget the Title Screen or the Green Hill Zone themes? In this case, the unusually somber tone of the Special Stage, composed by Masato Nakamura, is seamless on “Memories” with the piano melody replacing the 8-bit tinny sound.

You can hear the sample from 0:04 and throughout.

I love coming across these call-backs to older video games, especially if it means more people are introduced to them and the artists behind the music.

Be sure to check out the Video Game Music and Hip-Hop playlist for more examples. See if you spot where all the samples are?

Let us know what some of your favorite video game samples in music are?