Underrated Gems From This Generation 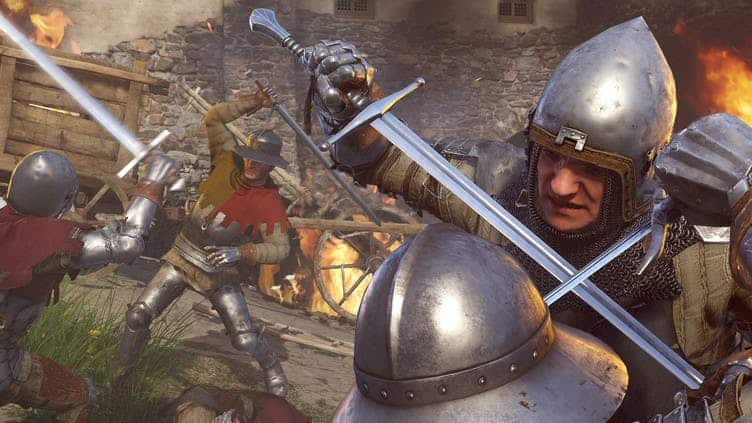 In honour of the ps2, we did a piece on the underrated games that didn’t quite receive the acclaim they deserved. You can check it out here. How is it that we as gamers haven’t learned from our mistakes? How are we still not giving respect to all the stellar titles on offer?

Amazingly, there are still games within this current generation that are slipping under the radar. Brilliant titles that are getting lost amongst the big hitters. This isnt necessarily because of the size of the studio or lack of resources. Hell, look at Undertale. One guy created a game of the year worthy piece of art.

These underrated games come in all shapes and sizes. All worthy of your time and attention. So we’re going to give them their moment. Here at Culture of Gaming we look out for the underdogs.

Here’s our list of the top ten most underrated games of the current generation.

Not to be mistaken with the fabulous Hyper Light Drifer. Furi is a game that is brilliant in its own right. It has a fantastic neon heavy artstyle and focuses it’s gameplay solely on boss fights. These fights have a number of stages that will test the player to learn and adapt to challenging attack patterns.

The game pulls no punches, delivering a relentless level of difficulty in its bouts. Even on the most low difficulty setting, this is no cake walk. Thankfully though, the gameplay is fun and addictive. So if you just can’t best that boss, I’ll bet you give it another try. If you’re a fan of a challenge and high octane boss battles. This title is the holy grail. You may even have it in your library as it was free on PS plus.

Another game that was gifted to players who subscribe to PS Plus is Conan Exiles. Before release this one got a lot of attention as the next big thing in survival games. Although it wasn’t the revolution we might have thought, it still offers a lot of great content.

Provided you don’t cheese the system with the in game console. The game offers a challenging but fair progression system. Crafting is essential to survive and players will have to hunt for food, set up camps and defend their turf. Then of course there is the story elements and the different deitys of the world to seek out. If you give this underrated game the time to open up, it’s truly a spectacle. Plus a great game to play with your pals.

Was it the Dante that we knew and loved.? Not exactly. Was it an arrogant prepubescent kid wearing his clothes. Perhaps. Though if you ask me whether this game delivered a competent and authentic DMC experience, I’d say that it really did.

Although not loved by the fans of old titles. From a more neutral standpoint I’m able to see the pros of this title. It offers a slick and varied combat system, a decent and more modernized story featuring the son of Sparda. Plus it still has that same arcade like feel which we know and love from the series. It’s a bit of a departure from the norm in the series. Though if you approach this underrated demon delaying tiryke with an open mind, you just might like it.

No not the ps2 Classic but instead the underrated movie tie in from 2016. Although the movie was about as successful as a chocolate teapot is at holding hot tea. The game managed to reignite the fire that is the Ratchet And Clank series. The remaster follows the plot of the film but keeps large aspects of the original game untouched. Giving them a spit polish and sending them on their way.

However, the changes they implement are excellent too. The new weapons are zany and ridiculous in nature which is exactly what you would expect. The best example being the Groovitron which makes your enemies dance uncontrollably. Truly inspired. Also with the change in antagonist at the last second, the player is thrown a curveball and treated to a brand new finale which although not as good as the original, was still appreciated. Only criticism is the lack of difficulty in the latter stages compared to the original. However, it’s a great reimagining of the classic title and worth your time. Grab your trusty wrench and go.

Next up is the sequel in the Ni No Kuni series. This game gives a cartoon aesthetic not unlike Spirited Away. Whilst offering smooth real time action combat in place of the turn based style of it’s predecesor. It’s very much reminiscent of Dark Cloud, a game we included in our other hidden gems list. Hardly a coincidence.

It also borrows the town building mechanic from Dark Cloud and brings it into the eighth generation of gaming with ablomb. With much more upgrades, buffs, customisation and contextual reason for the building in the world you inhabit. This politically heavy, yet light and breezy, underrated title will give you a varied and comforting experience from start to end. So why not pick it up now?

Is it too much to call this title the eighth generations Limbo? Probably but we’re gonna do it anyway. Beating the likes of Inside, Unravel and 7th Sector which we covered in a review, to the title of top 2D platform puzzler on the platform. Little Nightmares uses eary design and environmental cues to tell it’s story and weaves it’s silent narrative expertly through its creepy presentation.

Never does the player feel safe in this titles environment. Your miniscule size and inherent vulnerability is a constant concern as you sneak through the grotesque and threatening areas. Garguruan bosses will chase you in intense scenes. You’ll hold your breath as you hide from potential captors. This game overs a true horror experience and if you’ve missed the feeling you got playing Limbo. This one might just hit you the same way.

4. What Remains Of Edith Finch

I know that narrative heavy ‘walking simulators’ aren’t for everyone. In terms of action and core mechanics to entise the player. These games take a minimalist approach. Though I would argue they are all the better for it. What Remains Of Edith Finch is no different. With it’s incredible narrative split into segments representing each family member you encounter. The game allows the story to take centre stage.

That’s not to say the game provides no unique and profound mechanics to compliment the story. Without ruining the moment. Imagine a daydream expanding into a fully blown top down RPG adventure all portrayed through the imagination of a man wishing he wasn’t in his horrible job. Its offbeat, profound and when given narrative context, cuts deep. If walking sims are your bag, then we cannot recommend this underrated walking story higher.

When we see a game from Media Molecule, we expect a stunning game full of community made content. Plus loaded with whimsy and wholesome content. I mean look at the new title Dreams. It’s an unbelievable feat. Or even the trilogy of LittleBigPlanet titles. A true fan favourite for the Playstation. So when Tearaway came along as the flagship title for the PS vita. Little did it know that it was sailing on a sinking ship.

The Vita would flop hard despite die hard fans for the system. So due to that, tearaway sort of got cast into the shadows. Even though it was available on the PS4. What it offered was a paper mache artstyle filled with that same whimsy and wholesome vibes we’ve grown to expect. Though if you are going to go back to this one. Be sure to play it as intended on the Vita. The ps4 adaption pails in comparison.

An absolutely groundbreaking FPS title that had the misfortune of being sandwiched between the releases of blockbuster titles Call Of Duty and Battlefield. Through this misfortune its spotlight abruptly stolen from day one. However as time has passed and thanks to PS plus. Many are coming around to this masterpiece in the shooter genre.

What Titanfall 2 offered along with a great multiplayer, was something that FPS shooters of recent memory have failed to do. That being to create a single player experience worth the price of admission. We even featured one of its fantastic levels ‘Cause and Effect’ in our level design article. Check that out. So if you want an FPS that breaks free of the conventional chains of the last decade. Pick This one up.

Lastly we have a game that admittedly is a slow burner. One that requests a great deal of investment from the player. Though if you submit to its will. This game offers the world and more in return. Kingdom Come Deliverance is a historically accurate game with a beautiful artstyle. A complex combat system and a multitude of very realistic inclusions that add to the authentic experience.

The story offers enough for the player invested. Though what the game does better than any other, is provides so much realism and love for the fifteenth century time period and setting. If you expect this game to the another Elder Scrolls like adventure where you will best your foes with a dragon shout. You’ll be very disappointed. Though if taken at face value as an intriguing interactive history lesson. Then players will find themselves truly engrossed in the depth of this love letter to czeckislovakian history.

So that’s our list of underrated current gen titles. Any games you agree with? How about the games you think we missed? Let us know. Also if you like our lists then you’ll love our article on the five most ingenious shake ups in the FPS genre. Or maybe you’d prefer the best Crowdfunded games ever? As always, thanks for reading Culture of Gaming