In this day and age, it seems that less and less people stand up for what’s right. It’s a good thing that video games still have characters that stand for chivalry and justice: the knight. The knight’s duty includes protecting his domain with a strict code. I also love platformers. Let’s look at the top five knights in platformer video games!

As usual (and I can’t believe I still have to put this disclaimer), this is a personal list. The internet is a big place. I urge you to put your favorites in the comments section. In the name of justice, let’s begin.

Hollow Knight starts out as a cute little guy. But the more he must fight through the secrets of the insect kingdom of Hallownest, the more deadly he seems.

Ah, I’m just kidding you. The little guy is cute throughout the game. Much of the game’s story gets left to the player to put together as they explore. But what we do know about this little guy with a skull for a head includes that he gets drawn to the kingdom of Hallownest and uncovers its secrets. Taking on its own inhabitants that have gotten possessed. He even steals soul from them as he defeats them in order to regenerate himself and attack. This little guy is scarier than he seems.

Growing up as an orphan, Sparkster trained to become a Rocket Knight because of Mifune Sanjulo, a friend of the king. Sparkster became thrown into a leadership position when Axel Gear, a corrupt Rocket Knight, went rouge.

What makes Sparkster so great appears not only to be his devotion to his kingdom. Not only does he save Princess Sherry. Not only does he kick space pig butt (as one does). He looks cool doing it. Blasting the rocket on his back in eight different directions, he can take down any foe in his way. Sparkster needs to make another comeback!

Very few knights can take on Satan. Even less can do it twice in one game, in multiple games. Even less still can do it in their underpants. Sir Arthur would love to settle down with the princess and enjoy a life of bliss. Unfortunately, Satan and other underworld demons such as Hades have other plans.

Yes, Arthur probably should start wearing sturdier armor. But given just how annoying this series can get, the player needs all the lightheartedness they can get. And having to go through the same difficult game again because the first time was a mirage..it’s enough to put Sir Arthur on this list.

With Meta Knight, you truly never know whose side he’s on. If his code deems that he protect King Dedede, then he will fight you. If he doesn’t think Kirby will have the ability to stop Nightmare from taking over Dream Land, then he will fight you. But he remains so honorable that even if he wishes to fight you, he will make sure you take up arms as well. Before every boss fight against the anti hero, Meta Knight always offers Kirby a sword, so that the two may find out who truly is the best swordsman out there. When it comes to having honor, very few have more than this man with a code.

People thought the pairing of Shovel Knight and Shield Knight unstoppable in their day. But all hope becomes lost when Shield Knight goes missing inside the Tower of Fate. Once hope returns to him in the form of news of the Tower, the shoveling man of chivelry knows what he must do. For shovelry! He must defeat the Empress and the Order of No Quarter. Shovel Knight is bound by the strict code of shovelry. He wields a shovel in a way more swift and cunning than a sword. No other equals him in combat. This is why, he remains the best platforming knight.

Who would you put on the list? Let us know in the comments below!

Mike Nigrelli
I’ve been writing almost as long as I’ve been playing video games. I also do standup and improv. The game that made me realize that video games could be more than just a toy, was Metal Gear Solid 2.
Latest posts by Mike Nigrelli (see all)
Post Views: 645 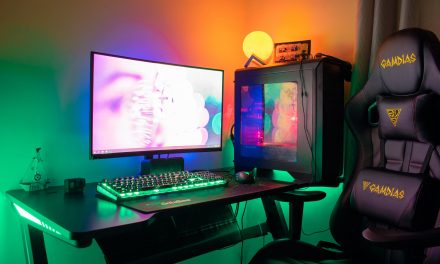