Top 10 Game Sequels That Are Better Than the Original

As well all know, the sequel to a phenomenal video game is one of the most highly-anticipated events in the world of gaming. Once you’ve played a game that you know was one of the best ever, the wait for the follow-up can feel torturous.

Some games are so good that it feels like it would be impossible to top, so we steel ourselves for inevitable disappointment when the second-rate sequel comes out. There have undoubtedly been no shortages of truly terrible sequels, ones so bad that they almost ruin the memory of the original, ones we would all rather forget. On the other hand, once in a blue moon, a sequel is released which completely blows the previous title out of the water, no matter how good you thought it was.

Other times, an unexpectedly brilliant video game sequel rises from the ashes of a more forgettable game, taking everyone by surprise. These are the true gaming moments that restore our faith, and remind us that the next great release is always just around the corner. With that in mind, here are the top ten video game sequels that are so much better than the original.

There’s no denying that the original release of Assasin’s Creed certainly made waves due to its unique gameplay and historical setting. However, to really make a splash that would cement this franchise as one of the greatest of all time, Ubisoft had to travel 1500 years after the original game, to Renaissance Italy. Assassin’s Creed II completely changed the game, and the memories of playing as Ezio, roaming the 16th-century streets of Florence and Venice, remain in the minds of every gamer. This is the sequel that set off a further ten sequels (and counting) of various quality, none of which match up to this one.

Call of Duty is one of those franchises that pretty much everyone on the planet has at least a passing experience with. Occupying such a high level on our cultural radars, it’s difficult to believe it wasn’t always this way. Before the first Modern Warfare game, CoD was not really seen as a major player in the FPS market, but the release of Modern Warfare, followed by the somehow even better Modern Warfare II, ensured Call of Duty would enter the video game hall of fame.

There have been so many GTA releases that could easily be classed as masterpieces, but San Andreas is the one that raised the bar. Following the comparative small-fry GTA: Vice City, the huge open-worlds of Los Angeles and Las Vegas raised the bar for open-world gaming forever more. This sequel also cam packed with bonus mini-games, including the ever-popular Las Vegas-style slots and poker games which could bag your character much-needed dollars. These kinds of add-ons remain popular throughout the world of gaming, including online casino gaming, where players can continue to enjoy free online slots bonuses like those offered on Oddschecker just like those pioneered on San Andreas. The only difference is these days, some people choose to play for real money online.

Who among us hasn’t spent countless hours decorated a house on The Sims, only to never actually visit it again? While the gameplay itself is always fun, it’s the opportunity to design a life from scratch which makes The Sims so appealing. While the Sims and Sims 2 both were released to plenty of fanfare, it was The Sims 3 which felt like EA had finally cracked it. The previous releases in comparison do not even feel like completed games and attempting to play the Sims 2 after enjoying all of the features offered on the Sims 3 is incredibly difficult. This was definitely the high-water mark for the franchise, given how little extra the subsequent Sims 4 actually offered.

The Batman Arkham video game series is probably one of the darkest out there, one that has all the edginess of the films without compromising on the comic book lore. The first open-world Batman game, Arkham Asylum, was immediately acclaimed as a cinematic masterpiece so, naturally, few people thought a sequel was even worth bothering with. Alas, Arkham City completely raised the bar yet again, allowing your character to explore the heart of old Gotham City in incredible detail, with plenty of terrifying secrets lurking down every alleyway. Probably one of the most unique video games of the decade.

Upon the release of the first Bioshock game, the world was immediately enchanted by the underwater world of Rapture dreamt up by the developers, and comic books, miniseries, podcasts and novels quickly followed. Bioshock 2 is a continuation of the award-winning original, set eight years after. The genius decision of the developers to put you in the role of one of your greatest adversaries from the first game, the Big Daddy, was Bioshock at its most emotional and philosophical. This sequel allowed you to explore the world of Rapture in much more depth as if the developers had actually just read the wishlist of fans and followed it to the letter.

No offense to the first two Fallout games, but they quite literally do not resemble the masterpiece that is Fallout 3 in any way, shape or form. In fairness, the previous titles were released over a decade before Fallout 3, so it’s not surprising that they were a little bit more basic. Fallout 3 takes the same storyline of a post-apocalyptic American wasteland full of survivors vying for dominance and adds layers of depth, transforming it from a point-and-click strategy to a hugely engaging open-world exploration game. The release probably marks the biggest single transformation of a franchise in one sequel ever and shows that sometimes bold, dramatic steps are needed to stay on top.

The previous title in the Elder Scrolls series, Oblivion, set a ridiculously high bar that few people thought would ever be passed. Alas, Skyrim did just that, offering one of the largest and most complex open world game systems in history, as well as a unique cinematic style and enough of the classic Elder Scrolls fare to keep even the most fanatic gaming geek satiated for months. The game is one of the few to have made its mark on popular culture, with terms, names and images from the game continuing to pop up in various media to this day, almost a decade after its release. Since then, everyone has been enduring the agonizing wait for Elder Scrolls VI to be released, with no word yet on when that is actually going to happen.

As you may have noticed from this list so far, the best sequels are the ones that not only completely transform the franchise, but also transform the entire industry, either by raising the bar or opening up completely new realms of possibility. Resident Evil 4 achieved both of these things admirably, having been named by the National Post as the most influential game of the 2000s, one the completely reinvented the first-person shooter in a way that has been copied and recopied countless times. The protagonist’s gore-drenched journey through Northern Spain also helped redefine what it meant to be a truly terrifying horror game, and the influence of Resident Evil 4 can be seen in pretty much every horror game that has been released since.

There is probably no game in history that is as decorated as Half-Life 2, with the bleak sci-fi action game having been awarded a whopping thirty-nine Game of the Year awards upon its 2004 release. Players were immediately gripped with the bleak world of City 17, where humanity’s alien overlords administrated their new empire. The game catapulted Valve into the game developer big leagues, and the innovative techniques pioneered for the creation of the game all the way back in 2004 continue to be used today, meaning that Half-Life 2 was a scientific breakthrough as much as it was an absolutely brilliant gameplay experience. There are few people who can genuinely claim to have played, or even remembered, the first Half-Life game, but when a sequel is as good as this, it really doesn’t matter.

The fact that so many sequels have enjoyed so much success compared to their predecessors shows that in the world of gaming anything is possible. 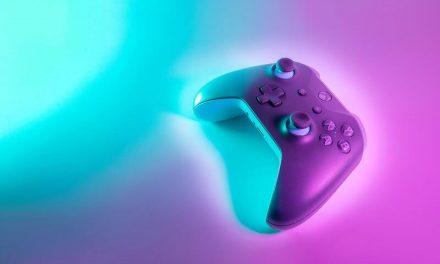