‘The Walking Dead’ is absolutely terrifying in VR.

In January of this year, a VR game set in the terrifying world of ‘The Walking Dead‘ created by Robert Kirkman, was released. That game was ‘The Walking Dead: Saints & Sinners,’ which is, as the title for this article would suggest, absolutely terrifying. While the show and comic may not be too scary on their own, in VR, it is downright terrifying. Early on in the game, you are tasked with heading into an underground crypt. The only sounds are of water dripping from the ceiling off the catacombs onto the ground, and the creepy breathing of the walkers. It is dark, so you have to use your (pretty garbage) flashlight to be able to see at all, and jumpscares from the walkers frequently happen while in that area. While I was down there for the first time, I nearly got killed by the zombies because I couldn’t see them very well and there were so many of them!  That is how the game excels; unscripted jumpscare like events, where walkers appear out of the dark corners and attack your character.

While the game excels at being a borderline horror game, it is not without its flaws. One of the biggest gripes I have with the game is the small inventory space. You have about 20 slots in your bag, plus one on the side for a big weapon like a shotgun, rifle, or axe. Since the gameplay loop mostly consists of waking up, traveling to a part of the map, looting until your inventory is full, heading back home and scrapping all the things you picked up, and sleeping again. Some runs last only about three-four minutes before your inventory is full, and you have to leave to get more inventory space. This quickly becomes repetitive and annoying. However, I have heard that you can level your inventory space up later on in the game, so hopefully, that mitigates that annoyance somewhat.  I also found that sometimes the guns refuse to allow you cock them back. While I was playing the tutorial for the first time, the pistol in the tutorial just refused to budge. Perhaps this was an error on my end or something to actually do with the game. Regardless, something to watch for!

My other gripe with the game is how there are relatively stupid human bandits everywhere. For some reason, nearly every human you will encounter during your time with this game wants “all your bandages,” and they want them NOW. They want them so bad that they are willing to stand still and threaten your player with a broken gun… as you hit them with a frying pan. I found this ridiculous, and eventually tedious. I don’t understand why bandages are the most wanted item; it would make more sense if they were asking for food or something. But bandages? Come on. And besides, who do they think they’re messing with? The player character is, well, the player character, and as such is stronger than most of the AI.. in my experience thus far, anyways.

At times, the AI can feel a little robotic. Facial expressions are definitely not the game’s strong suit, and again, neither is the AI. While I was walking through town, I saw a pair of legs beneath a garage door and thought maybe it was a zombie. I crouched down to see who or what it is, and it was an NPC bandit, who stood in the same place, pointed their gun at the garage door, and told it: “Give me all your bandages, now!” I had no choice but to shoot the poor bandit because he thought that the garage door was a living being. Jokes aside, the AI isn’t terrible. The zombies are stupid, but they are zombies, after all. While I was in a house, I ran into a dead-end where there was a bunch of barricades on the next door. A zombie came by and very kindly stood against the barricades, trying pointlessly to harm my character. I’m sure you can guess how that turned out for the zombie.

The Walking Dead: Saint’s & Sinners is a decent game. The meaty, visceral combat is satisfying and enjoyable, the gameplay loop of climbing into houses and grabbing everything you can find is relaxing and rewarding (when it gives you something cool like a frying pan, anyway), and the graphics are pretty solid. The game is accompanied by a chilling soundtrack in the background, which can be mildly annoying at times but can also serve to add to the games tense and scare-filled atmosphere at times. Thankfully, there is an option to mute the music in the game’s settings for those who do not wish to hear it. However, I do not think I would pay full price (39.99$ for the base game, or 49.99$ for the ‘Tourist Edition’) for the game. This is a game that is definitely worth picking up if you own a VR headset, and stacks up quite nicely to the likes of Beat Saber, Pavlov VR, and Boneworks.

Do you agree or disagree with what I said about the game? What is your scariest moment in the game? Let me know in the comments below!

“How RE4 helped change third person games forever,” – Will Hitchcock

The Walking Dead: Saint’s & Sinners is available now on Steam and PSVR. 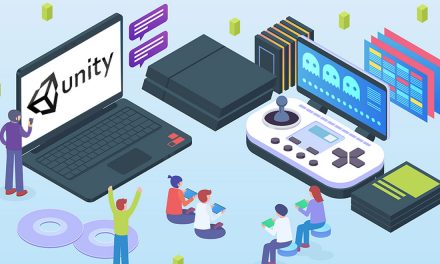 How Gaming Companies Can Launch New Products On A Budget