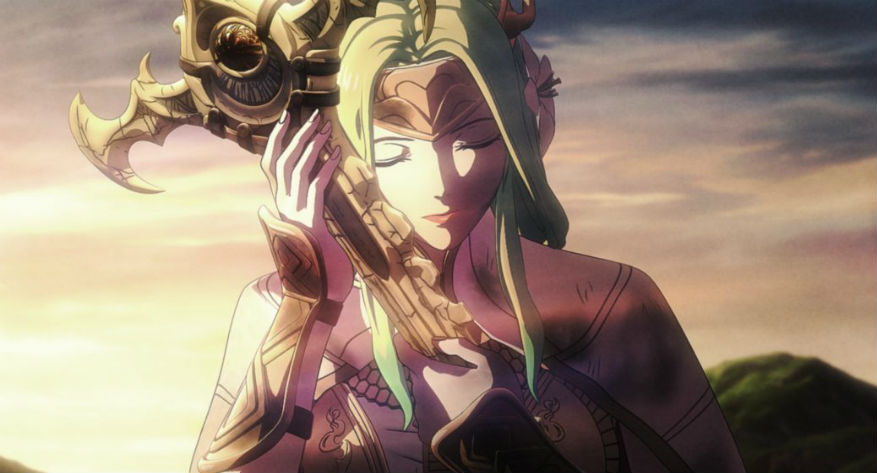 Nintendo has always managed to go beyond the standards when it comes to video game music. From the original Super Mario Bros. theme to the many classic tunes from The Legend of Zelda franchise, the company has always perfectly represented the tones of its games with a wide array of musical classics. This has never been more true than in recent years. Nintendo has knocked it out of the park with amazing songs for their modern games. Not to mention, their dive into songs with lyrics has paid off as well. Each release has ranged from fan-favorite to upright show-stopper. Who knew a video game company could help create such amazing and catchy songs. With that said, we would like to look into some of the best Nintendo has provided with our list of the top five modern Nintendo songs with lyrics.

I know, I know, this choice is a bit of a cheat considering the game isn’t even out yet. I mean, the song doesn’t even technically have an actual name yet, but it just sounds so good that it had to be on the list. Nintendo decided to share some of the main theme from Fire Emblem: Three Houses on twitter, and we’re glad they did. This song does what main theme songs for games are intended to do extremely well: get us excited. It uses fast-paced lyrics and a hasty rhythms to display the high stakes that most Fire Emblem games typically have, while also appealing to anime fans with its hopeful melodies. While we’ll have to wait to see if the song does the game justice (or vice versa), for now, it has many pumped to play some Fire Emblem.

Look, we all know that a lot of the songs from the Splatoon series have lyrics in them… we just can’t really understand them most of the time. Regardless, that doesn’t stop them from embodying the 90’s vide that the games go for, and Nasty Makesty is no exception. What makes this song unique is the more grunge and hip-hop feel it goes for. It sets up the feeling of the Octo-Expansion from Splatoon 2 well, which takes place deep underground in a subway station. While it would be nice to actually understand what the song says, it still has a catchy punk aesthetic that sets it apart from most Nintendo songs.

Yes, this choice may appeal to a bit of a niche crowd, but I’ll be darned if this song isn’t tear-inducing. Plenty of RPGs have songs that can get emotional, but it’s been awhile since most of them have done what Drifting Soul from Xenoblade Chronicles 2 does. It blends the ever-present sense of the unknown with the wondrous feeling of hope taking place during that point in the game, which works perfectly to create a soothing yet awing melody that brings a tear to your eye. Yes, it has a bit of an anime vibe, but I feel that those willing to give it a chance will be moved by the presence this song has.

I think it’s safe to say that none of us were expecting the main theme for Super Smash Bros. Ultimate to have any lyrics at all, let alone ones that would make a lot of us weep because of its beauty. When Lifelight arrived on the scene, it immediately encapsulated the scale of the game as a whole. The grandiosity and wonder could be heard in every word from beginning to end. While the adventure mode that the song was intended to showcase didn’t live up to everyone’s expectations, saying that it didn’t get gamers hyped would be the mother of all lies.

When you think about it, Jump Up, Super Star! from Super Mario Odyssey really does take the cake. This song took the world by storm as the first song with lyrics in a Mario game. The light-hearted tone combined with the jazzy instrumentation just meshed perfectly with the theme of the game. I mean, who wouldn’t want to go on a globe-trotting adventure after hearing this infectious tune. Overall, Jump Up, Super Star! managed to amazingly succeed in exciting fans all over for the return of 3D Mario.

What are your favourite modern Nintendo songs? Let us know in the comments below!  For more content, check out our articles on The Future of Legend of Zelda and Pokémon, Rumors, And Leaks: The Toxic Relationship. Otherwise, keep it on Culture of Gaming for all things Gaming!