The Time-Loops of Russian Doll and Majora’s Mask 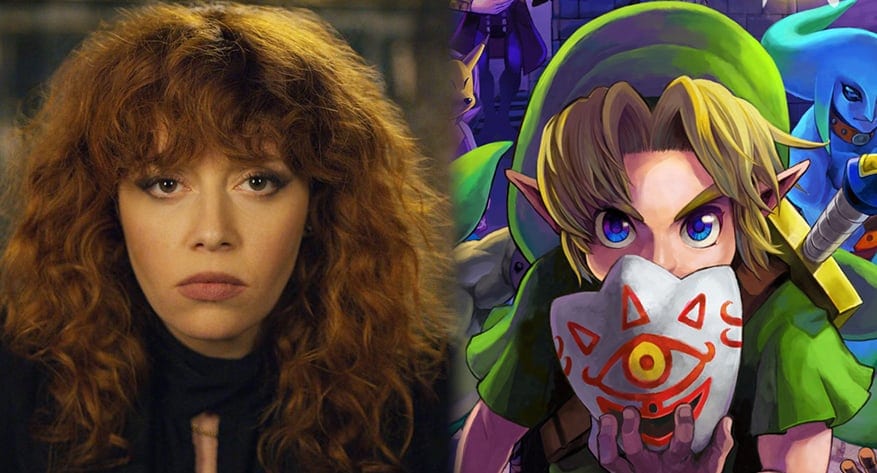 Minor spoilers for Russian Doll and Majora’s Mask ahead!

Russian Doll, Netflix’s latest mind-twisting exclusive, is captivating as hell. It tells the story of Nadia, a drug addict from New York, who finds herself trapped in an endless Live Die Repeat-cycle. Her goal? To hack the system, find the root of the time vortex, and escape. I watched the entire first season in a single sitting and was entranced all the way to the end. Sure, it takes a few episodes to get to its point, but really, what show doesn’t?

Watch through Russian Doll once, and you’ll find many similarities to Bill Murray’s Groundhog Day. Both stories involve a broken individual trapped in a looping time cycle until they resolve their personal issues. They also have a certain lighthearted approach to death, often using it as a “reset” button rather than an escape.

Groundhog Day might be the best comparison to make for a cinephile, but Russian Doll also bears a striking resemblance to my personal favorite video game: The Legend of Zelda: Majora’s Mask.

The Nature of Looping Worlds

Majora’s Mask has a time-loop analogous to Russian Doll‘s, though in Majora’s case, it’s also intended to be a gameplay loop where you reset the three-day cycle by playing your ocarina before the moon comes crashing down. You keep key items you earned during previous cycles, allowing you to grow Link’s arsenal between loops.

But with each repetition, the world around Link remains the same. It doesn’t matter if he saved a Goron population from freezing to death or rescued a monkey from imprisonment – when Link plays the ocarina, all of those heroic deeds are erased. Come next cycle, the Gorons will still be freezing in the mountains and that monkey will still be locked up. Link’s arsenal and personal stats may be persistent, but the world around him is not.

This cycle is in stark contrast to Russian Doll’s world of decay. Each time the cycle repeats, something randomly drops out of existence – a person, a mirror, a cat. Nadia’s world changes drastically every time she resets the loop, meaning she must break the cycle before everything is gone. Added to that, she doesn’t retain any tools or powers from previous cycles except for her memory. Information is her only tool in the hellish time-cycle, and her only means of escape are through the tidbits of information she gleans from other key characters.

Another key difference between Majora and Russian Doll is the manner in which the protagonist resets each cycle. Link resets the world of Termina by playing the Song of Time on his ocarina – but he’s bound to the same three-day loop. Wait any longer, and the moon would come crashing down on Termina.

In Russian Doll, Nadia doesn’t have a magical woodwind – she’s got to reset the hard way: through death. Throughout the season, she falls down a flight of stairs 4 or 5 times, is run over by a car, blown up by a gas stove, mistaken for a burglar and shot, and gets crushed by a washing machine. Clearly, the forces that control the cycle are pushing these deaths on Nadia, because no normal person is this prone to death.

Both Link and Nadia are able to plan their days out knowing everyone else’s schedule. In Majora, this is a gameplay mechanic – the player must memorize each NPC’s schedule so they know when to trigger time-sensitive events. In Russian Doll, Nadia is able to predict what each character will say and where they’re going to be. We can see this with her best friend, Maxine, who is generally the first person she speaks with every cycle. By the end of the show, Nadia knows exactly what she’ll say.

Time-foolery aside, Link’s adventure through Termina is a very traditional “save the world” story. He goes to the four corners of the kingdom, rescuing villages and creatures in preparation for the final world-ending threat. Russian Doll is a bit more mature, and a bit less traditional. The powers that be sentenced Nadia to this time-trap so that she can reflect on herself and fix her internal issues. Only then can she break free.

I find these sort of video game-to-cinema comparisons interesting. They’re totally different mediums, which gives perspective on the plot-devices, mechanics, and themes they share.

Russian Doll‘s and Majora’s Mask’s time-loops are only one example of this, so let me know of other video game to movie comparisons you find interesting!

For everything on video games, stay tuned to Culture of Gaming.