The Perks of Entering Late into a Video Game Series

We’ve all had that moment at least once: you see a video game series or franchise that you want to get into, but feel like it’s too late. On one hand, you could try to jump straight in with the latest entry, but more often then not you end up lost and confused with the plot and characters. On the other hand, you could try to start from the first entry and catch up, but is it worth it? Depending on the series itself, you could be dedicating dozens of hours on playing older games that may not hold up to today’s standards. Not to mention, you would potentially have to own or buy older consoles that can play the games you want to enjoy. Though you would have to judge the risks for yourself personally, I can say that entering a game series late can have its benefits.

While each person’s situation will vary, if you can, go ahead and play that series you’ve wanted to try. Sure, you probably won’t feel the same excitement as playing the game at launch, but you can still have fun with it. I can speak from personal experience that I wouldn’t have discovered some of my favorite game franchises if I hadn’t entered in late. I know I would have never experienced so many fun moments and beautiful stories if I decided not to pick up the first game and play from there. The phrase “better late than never” can really apply to how I feel about this topic. So what if you didn’t play from the series’ birth like other fans? That doesn’t mean you can’t enjoy it! Furthermore, getting in late can actually benefit some in the long run for many reasons that I will delve into further detail.

One of the best aspects of picking up any game a few weeks after launch involves a discounted price. If you’ve ever bought a video game, you no that the price tag can sit pretty high. You would also know that a lot of games get price reductions after a certain amount of time. Now imagine you’re a new fan starting from scratch on a new franchise. Instead of paying full retail price for every game like most did at launch, you get the opportunity to buy them all for cheap. I can only fathom how much money I saved by purchasing year-old games from the bargain bin at my local Gamestop.

Now I understand that discounted games vary based on a number of factors, but if you’re someone who just found out about a 5-year-old franchise and have the means to play some older games, odds are that at least one game in the series will have a discount. I personally remember buying the first Kingdom Hearts game at a great price because of its age. I found out about the series from my cousin around the time Kingdom hearts 358/2 Days released. By then, the series had existed for awhile. I decided to go and buy the first game, expecting to pay around $40 – I got Kingdom Hearts, Kingdom Hearts 2, and Kingdom Hearts Re: Chain of Memories for $35. For a very low price, I got enjoy one of my all-time favorite video game franchises. Now I don’t know about you, but I would call that a win.

Good Things Come to Those Who Wait

When it comes game longevity, developers can sometimes have two priorities: give players access to their older games and make their current games last as long as possible. This results in remasters/remakes of past games they’ve made and DLC for their newest games. For those of you who want to jump into a certain game series, this sways in your favor.

First off, game remasters tend to include all the content of their original counterparts, but with better graphics and more features. This means that you can gain the same experience as those who played the original games, but with the bonus of all the new content that some others might not want pay for. Second, when you do manage to reach the newest game, you have the upper hand of having all the game’s available content. You can enjoy all that the game has to offer, as opposed to those who bought the game at launch.

While trying to enjoy a long-running video game franchise can intimidate most, I can say that starting from the beginning would be your best bet. You can try the games out with often minimal risk and potentially find a franchise that you adore. Worst case scenario: you lost a few bucks on an old discounted game. So to those of you with fear of jumping in, I can tell you that you can enjoy a series late, it’s okay. As I stated earlier: better late than never!

How do you feel about jumping in late into a video game series? Let us know in the comments below! Also, be sure to follow us on all our social media pages for all things gaming!

Oscar Navarro
Oscar is a writer for Culture of Gaming. He is an aspiring video game journalist that follows anything and everything Nintendo. His favorite franchises consist of Pokemon and Kingdom Hearts.
Latest posts by Oscar Navarro (see all)
Post Views: 265 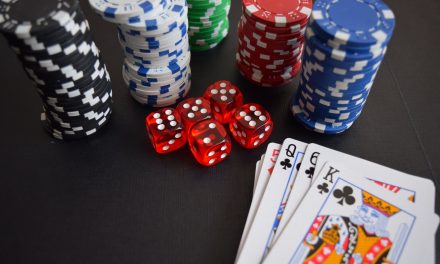