The Former Creative Strategist For Modern Warfare Keeps Teasing Something

The former creative strategist for the critically acclaimed Modern Warfare series of Call of Duty is teasing something on Twitter. And what that something might be, is already getting people hyped up.

Robert Bowling, perhaps better known as ‘fourzerotwo’ from his time as creative strategist at Infinity Ward, first posted this on Twitter early May 9th:

What Could It Mean?

The first tweet is quite simple, the Johnny Cash song “Hurt” is played as a still referencing the fan made short film “Find Makarov: Operation Kingfish”  is shown and slowly zooms in to focus on and highlight ‘Ghost’. The follow-up tweet shows a distorted video of  Ghost’s tragic death at the hands of General Shepherd taken from Modern Warfare 2 while a distorted recording of Captain Price’s iconic “For The Record” speech is played. Both videos also seem to feature background radio communications between two call signs, similar to what one might hear in game while playing.

The background communication for the first video seems to say:

“Goliath, Goliath, this is Stalker 2-1. Stand by for Warhorse-3 (?)  over.” Before becoming indiscernible over Johnny Cash. According to the Wiki, ‘Goliath’ is a call sign for a “commanding unit”, i.e a command post or base issuing orders, and the ‘Stalker’ call-sign is given to Marine First Recon Units, who are responsible for providing “reconnaissance and intelligence for U.S combatants” in-game. What ‘Stalker’ says after identifying himself is a little bit questionable. I personally hear “Warhorse-3”, but also kind of hear “1,1,dash 3”. Let me know what you hear in the comments below, or in our Community Discord. This may be slightly skewed due to the power of suggestion, but if you hear something different let me know what you think you hear. Anyhow, once again according to the Wiki, ‘Warhorse’ is the identifier given to a pair of A-10 jets. It seems reasonable that ‘Stalker’ could be relaying information back to base about what ‘Warhorse’ saw in the air, but why ‘Warhorse’ wouldn’t just communicate with base directly is questionable.

More radio communications as well audio clips to play throughout, but the overlaid song is too loud to really be able to discern anything too clear about what is being said.

To further add fuel to the fire, Bowling also tweeted out:

The first photo appears to be an older photo of Bowling in front of some sort presentation stage. Most notably, is that he’s wearing what looks like a Modern Warfare 3 shirt, but with the number ‘3’ photo-shopped out. The second photo seems to be a very recent photo Bowling himself, where he’s posing in front of someone costumed as ‘Ghost’. Bowling is also wearing a Johnny Cash shirt, the artist who performed the song “Hurt” that played over the first video Bowling tweeted out.

But I’m curious to know what you think. Could this year’s Call of Duty feasibly be Modern Warfare 4? Could Ghost come back to be the star of the show or could his emphasis be hinting towards Modern Warfare 2 Remastered? I for one, long to go back to the glory days of Xbox LIVE where you would get quick-scoped by a 12 year old who allegedly had a very nice time with my mother the night before.

Taylor Evans
Taylor has been gaming for as long as he could hold a controller. He has hosted gaming oriented podcasts for four years, and has even started to dabble in writing about anime. Taylor almost enjoys discussing games more then playing them, and when not watching anime or playing games, Taylor can be found going off on rants about the technical details behind the games.
Latest posts by Taylor Evans (see all)
Post Views: 202 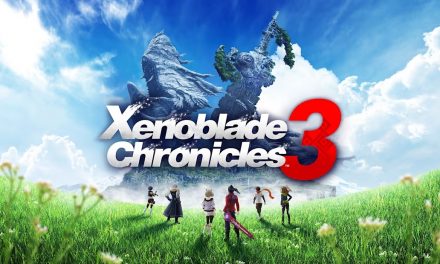 Xenoblade Chronicles 3 – What We Know & Theories

Boots Back On The Ground, Day 1 with Halo Infinite Season 2 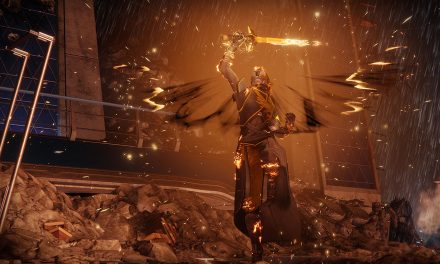