Well, my fellow readers, I will analyse why I think third-party acquisitions by first-party studios could be dangerous.

Let’s start off with what I believe is the most important aspect, the restriction of creative freedom. It’s common for corporations to restrict its studios so that it suits their view and vision for their products. For example, Disney is a major corporation that frequently changes or shifts its productions due to the studio’s vision conflicting with their executive’s visions. However, there have been notable cases of corporations giving the creative freedom that studios desperately want.

For instance, Sony has been famous for giving its studios the appropriate budget as well as freedom to fully embrace the studio’s creative vision. The best example could come from the upcoming game, Death Stranding. Hideo Kojima was once restricted on what he could do when he worked for Konami. But now, since he is working with Sony, they have given Kojima the go for everything he pitched and he has near limitless creative control. Unfortunately, this doesn’t happen as often as it should due to game corporations such as EA or Microsoft needing to worry about finding a way to market a game.

No one likes a monopoly in any industry, especially in the media industry. For those who don’t know what a monopoly is, it’s “the exclusive possession or control of the supply of or trade in a commodity or service”. Once again, the biggest example of this is Disney. Disney has been known to continuously buying film studios and companies such as FOX, Marvel, Lucasfilms etc. So imagine with a game corporation such as Microsoft or Sony just continuously buying game studios such as Capcom, FromSoftware and Ubisoft. It doesn’t sound too great now does it? Not only that but it would force exclusivity deals for many AAA games.

Furthermore, there wouldn’t be any more competition between the big three which of Sony, Microsoft and Nintendo. What’s so great about the current gaming industry is that all the major game corporations are trying to excel with each other. They do it by providing new exclusive games and products to oppose their competitors. For example, Microsoft recently showed their plans to counter Sony’s triumphant first-party exclusive single player games like Uncharted and God Of War. Microsoft has acquired new studios and even formed a brand new studio to produce more linear games while keeping up the demands for multiplayer products. So if we let Microsoft, Sony, or another big studio have all the game studios, they wouldn’t have any motivation to improve because they wouldn’t have competition.

Exclusive On A Single Platform

Like the recent Epic Games Store exclusives controversy, if a corporation were to buy numerous amounts of third-party studios, then we would most likely be forced to play on the corporation’s platform of choices for the selected titles. For example, what if Epic Games bought studios like Capcom, FromSoftware or CD Projekt Red?

For starters, all future titles would be exclusive to the Epic Games platform of choice (in this case, the Epic Games Store). Imagine needing the requirements of having a powerful PC and needing to use the Epic Games Store to get new entries of Resident Evil, Dark Souls and The Witcher. Secondly, consumers who prefer other platforms such as the PlayStation or the Xbox would have to get a PC and an Epic Games account. Just to play their most anticipated titles or if their of the now exclusive series. Gamers around the world would be outraged by even the notion of that thought.

So, those are my thoughts on studio acquisition.

Did you agree with my opinions? What do you think of big named companies like Microsoft buying other studios? Let us know in the comments below, follow us on Twitter, and join our Community Discord.

Be sure to keep up with all things nerdy with Culture of Gaming!

8K Gaming Is An Impossibility For Next Gen

Fri Jun 7 , 2019
8K (7680 x 4320 pixels) is an absurdly high ultra resolution. Especially when it comes to gaming. With the next gen offerings coming from Sony and Microsoft somewhat confirmed or rumored to be capable of outputting 8K resolution, it’s time to ask. Do we even need 8K in our lives? […] 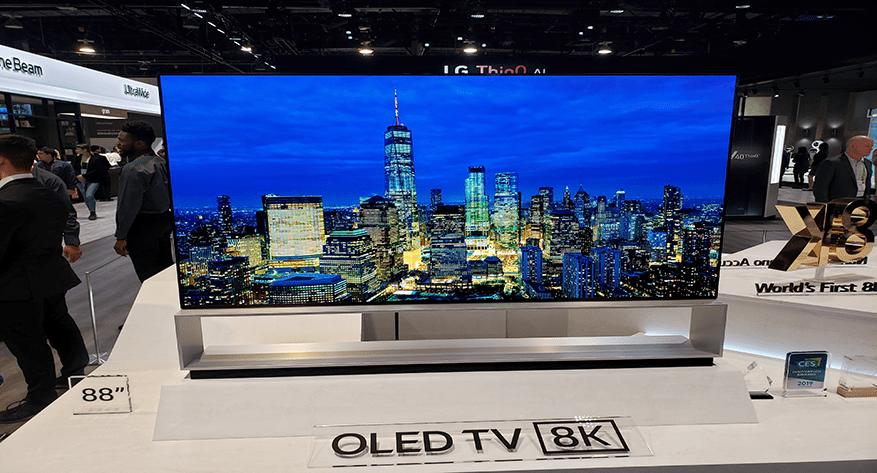