The Church in the Darkness Review 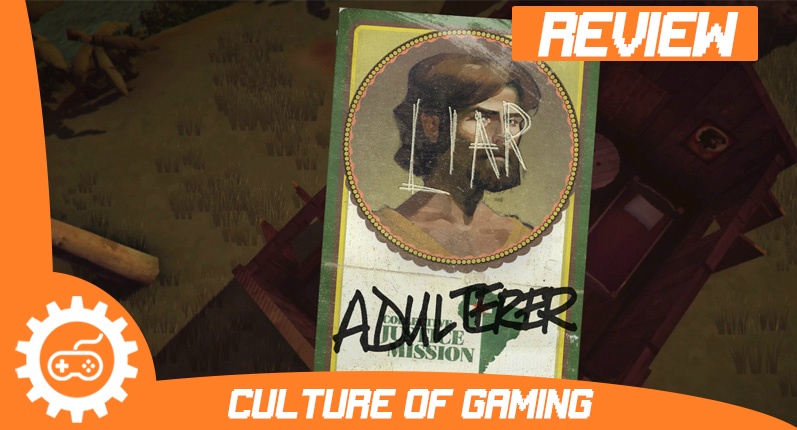 Christians get a bad rap these days mostly because of the political strife in the United States. I am not a deeply religious person, but I do realize that there are all sorts of Christians, just as there are Catholics and Buddhists ranging from casual believers, to the orthodox, and all the way to extremists. I don’t want to ruffle anyone’s feathers, but Christians seem to be the new baddies in American entertainment right now. Truth be told, the Christians depicted are often radicals, like the doomsday cult in 2018’s Far Cry 5.

This brings us to The Church in the Darkness, an intriguing game developed by Paranoid Productions, published by Fellow Traveler, and designed by Richard Rouse III. Rouse was the mind behind the The Suffering (2004), which remains to this day an underappreciated gem. The Church in the Darkness is inspired by Rouse’s fascination with cults and, more specifically, the infamous Jonestown massacre.

The cult left the “evils” of the United States behind to create an agricultural, socialist colony-compound in the jungles of South America called Freedom Town. Freedom Town is led by power couple Isaac (John Patrick Lowrie; ‘Sniper’, Team Fortress 2) and Rebecca (Ellen McLain; GLaDOS, Portal) Walker who felt the U.S. government was persecuting them for their religious beliefs.

You are Vic, a former law enforcement officer checking on your nephew who is living with the cult. You’re dropped off in the jungle right outside the compound with a few chosen items. The rest is up to you.

Your starting loadout can include a gun, a first-aid kit, a device to shut down alarms, etc. You have very few choices and can only bring a couple of things with you. Anything else you might need has to be stolen or scavenged from inside Freedom Town itself. The most valuable items are food, medicine which heals you, a map of the town, and cultist clothing which can be used to dupe the residents (but only from a distance).

Armed guards keep Freedom Town protected, and the residents really don’t like strangers. You can sneak around, go in like Rambo, or try to disguise yourself.

The guards are not the sharpest soldiers in the barracks. You can distract them by simply throwing rocks. You can even run rings around them and then just choke them out from behind. It’s just too easy. More often than not, you don’t even have to resort to using your firearm, which is nice since you won’t find many bullets to begin with. The only threat the guards pose is when they are in large numbers or have you trapped in close-quarters. They can also be an issue when the compound alarms are blaring. Fortunately, you can use tools to short-circuit those alarms.

The story unfolds through notes you find, a few residents you can interact with, and from Isaac’s and Rebecca’s announcements via the public address system. At first, you may feel guilty as you steal from, knock out, and perhaps even kill guards and residents. That is, until you hear an announcement that the children will return after “the work” is completed, and you find people locked up in bamboo cages. Then, you begin to wonder what’s really going on in Freedom Town.

The Church in the Darkness experience is very deceiving. While the gameplay isn’t terribly complicated, there are moral and ethical choices that must be made depending on your approach. If you feel the cultists are victims, you may choose to sneak around and only harm others in self-defense. If you don’t give a damn, you can just blow away and choke out everyone until you reach your nephew. However, the choices you make have an impact on the way the story plays out.

You won’t find many games like this. The mirroring of reality and history, the pensive and sober presentation (unlike the over-the-top Far Cry 5) puts you in a different headspace as a gamer if you’re earnest about the experience from the moment you step into the jungle. If you want to experience something that is distinctive, a far cry from what you might be used to, The Church in the Darkness will give your conscience a workout. The weighty subject matter is not for everyone, however.

If you’re interested in some of our other reviews, be sure to check out my review of Marvel Ultimate Alliance 3 or Taylor Evans’ The Blackout Club review!

THE GOOD
The plot is anchored in reality and history.
The story changes depending on the choices you make.

THE BAD
The grim theme.
The AI aren’t that bright, easily outsmarted.

If you are up for it, The Church in the Darkness may challenge your beliefs about others and the world around you in a good way.