The best 1990s video games that are still played today 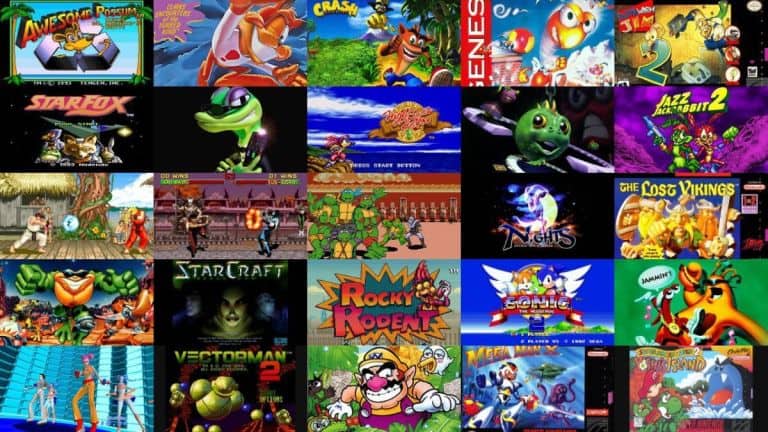 The 1990s were arguably the decade of the greatest video games. The 90s spawned dozens of video game titles that remain popular to this day – thirty years later. Legend of Zelda, GoldenEye, SuperMario, Sonic the Hedgehog is just four video game classics that pioneered what was to become the multibillion-dollar video game industry.

All 90s kids have fond memories of gaming in their early childhood and on that note, we decided to highlight five video game series’ which were created in the 90s that are still just as popular today in 2020.

First up on our list is the side-scrolling beat ‘em up Streets of Rage video game series. The first three games in the series, which were originally developed and published by Sega for the Sega Genesis, were released in the 1990s. The games were an instant hit, Streets of Rage 1 and 2 were especially well received. The first Streets of Rage instalment was released in 1991, almost 30 years ago. The series’ thoroughly original and iconic electronic dance music soundtrack received much acclaim and really helped to pinpoint the importance of music in video games.

The games have been so popular in the years since they were released, all three games have since been ported and re-released on various platforms including the PlayStation 4, Xbox One and on mobile devices. The series is extremely simple in its narrative – players must walk from area to area beating up bad guys before facing against a boss character at the end of each level. The background of the series centres on ex police vigilantes who are attempting to rid a large American city from a crime syndicate that has corrupted its local government.

Due to the series’ continued popularity since its release in the 1990s, the games publishers and creators, Dotemu, Lizardcube and Guard Crush Games decided to release a fourth instalment in the series in 2020. Streets of Rage 4 was released for Microsoft Windows, Nintendo Switch, PlayStation 4 and Xbox One on April 30, 2020. Streets of Rage 4 received favourable reviews and if you enjoyed the other three games in the series, we highly recommend purchasing the 4th instalment. The nostalgia that will come to you by playing is certainly worth it. You can even unlock characters from previous Streets of Rage games as well as listen to the old games’ classic electronic soundtrack.

Street Fighter II: The World Warrior was released in 1991 and became the first ever one-on-one fighting game to give players a choice to play from a variety of characters with different move sets. Street Fighter II established the series into a multimedia franchise with various versions of the game grossing over $10 billion in revenue.

The central theme of most Final Fantasy games focuses on a group of characters facing up and battling against a common evil. The characters in each of the games are a key component to the plot of the game. Often, the main narrative of the game recedes into the background as the focus shifts to that of the characters personal life. Players must explore their environment which will lead about to them encountering enemies and making progress through the game.

Final Fantasy games have been included in numerous Game of the Year award ceremonies and the series has certainly cemented its place as one of the greatest ever video game series. It has stood the test of time as Final Fantasy games continue to be critically acclaimed and financially successful over thirty years since the series was created.

The first Sims game was released in February 2000, but as a 90s kid myself, this game was a huge part of my childhood, so I had to include it on this list! In total, the Sims games have grossed over $5 billion worldwide and the franchise does not look like slowing down any time soon.

Sims is regarded as the ‘Best Selling PC Game Series’ with estimated sales reaching 50 million units. The Sims game designer Will Wright was inspired to create a “virtual doll house” after he saw his own house burnt down in the Oakland firestorm of 1991. Wright also stated that The Sims was initially meant as a satire of consumer culture in the USA.

Since The Sims was published by Electronic Arts in 2000, the franchise has produced numerous expansions and sequel games. The latest release in the series is Sims Mobile which was released in 2017 which looked to take advantage of the huge increase in mobile phone gamers.

The first Pokémon game was released in 1996 in Japan for Game Boy. Although outside of Japan the first two Pokémon Games were Pokémon Red and Blue, in Japan the series began with the releases of Pokémon games Red and Green. The Pokémon franchise became huge following the release of Pokémon internationally. The Pokémon trading card game was a huge hit worldwide with tens of millions of school children and even some adults collecting Pokémon cards. As of today, some of the original Pokémon cards can be sold for thousands of pounds.

The franchise quickly became one of the highest grossing video game series in the world. Pokémon is now in its eighth generation and the latest instalment in the series, Pokémon Sword and Shield, became only the second Pokémon game to be released on a home game console.

Fast forward to 2020 and Pokémon remains immensely popular. Sword and Shield sold 17.37 million units making it the fourth best selling game behind only the first, second and fourth generation games.

In truth, the five games listed above were chosen from a list of 20+ games. Some of the other games which could have easily been included in this list include The Legend of Zelda, Doom, Quake, Metal Gear Solid and the Rainbow Riches slot game. Does our choice of video games stand the test of time? Do still play any of the above game franchises? If so, let us know in the comments! Alternatively, let us know your take on the games we should have included in this list!