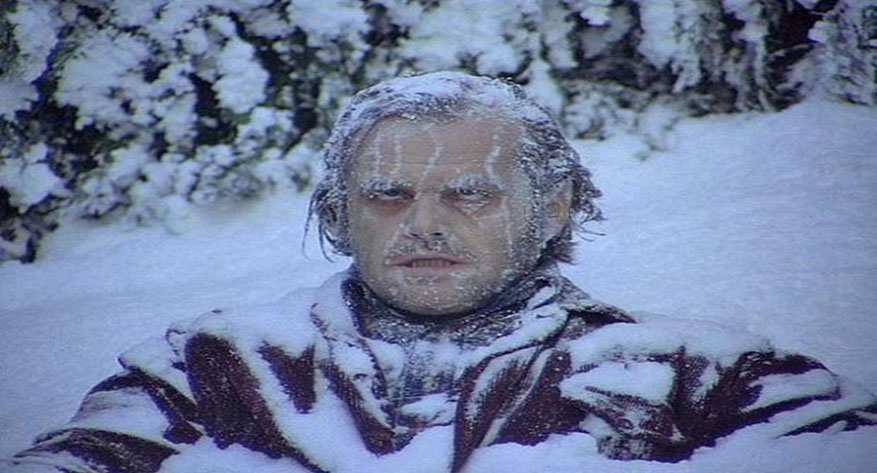 The holidays are here and with that terrible news also comes the realization that it is time for snow and ice. After getting over a foot of snow this Sunday, I am feeling pretty salty towards the whole idea of winter. It might be because it reminds me of my dark, cold heart, but let’s take a look at some of the worst snow levels in video games. 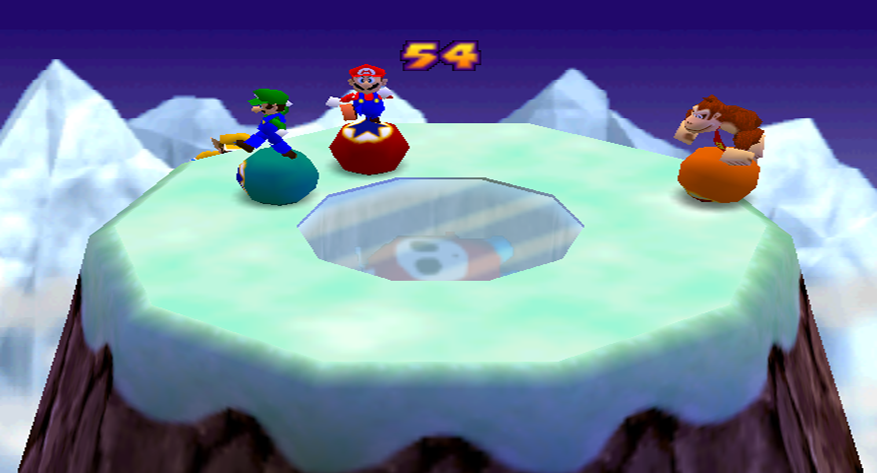 Mario Party 2 is a favorite for many fans of the series. Even so, the return of the bumper balls mini-game was not needed (or necessarily wanted). All four contestants sit atop a frozen mountain and need to bump each other to their immediate doom. While the balls are not the worst to control, the end almost always ends in a stalemate of bumping each other the same distance away with no progress made. Also, why is there a Fly Guy in the middle of the ring? Did this use to be a volcano? How did he end up here in that exact position? SO MANY QUESTIONS.

Can we please have a moment of silence for all of the Sonic fans that put themselves through this horrible, broken, unfinished game? This level featured a snowboard section to ride down a mountain. Fans of the Sonic Adventure games would probably be excited. Those boarding levels were fun. Unfortunately, just like the rest of the game, the entire level is a mess. I highly recommend watching Game Grumps play through this level to see just how bad the physics are. The level starts at about five minutes in this video.

You can turn around and snowboard up the hill as fast as you go down and the collision detection is just completely wrong, This game hurts my soul. 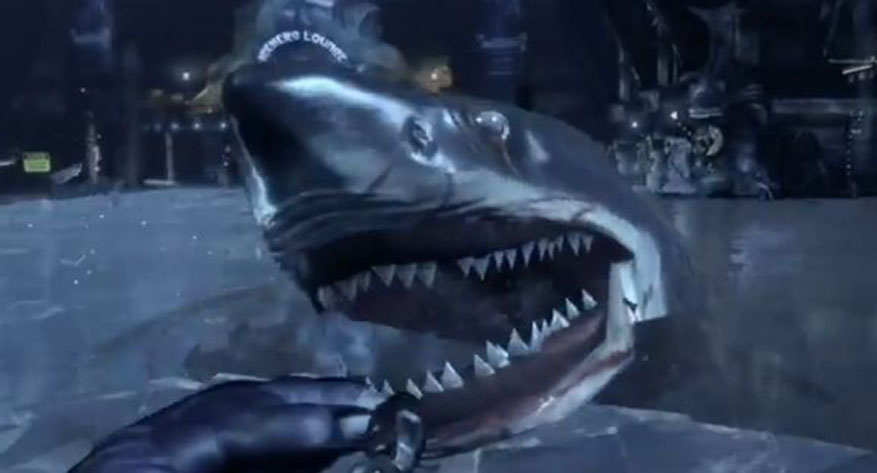 Arkham City is a great game. It has a great story with some of the most famous villains ever combined with the free flowing combat system that was introduced in Arkham Asylum. Even the best of games have a downfall though. At one point in the story, Batman has entered the Penguin’s lair to set Mr. Freeze free to make a cure that is plaguing both Batman and the Joker. Starting off, the trek through the museum seems up to par with the rest of the game. However, reaching a large room filled with water forces the player to jump on a small raft and use the batclaw to pull himself across the room. Falling in the water leads to our favorite hero becoming a snack for a shark. There is nothing  particularly difficult or game-breaking, just rather annoying pulling yourself across a large room. 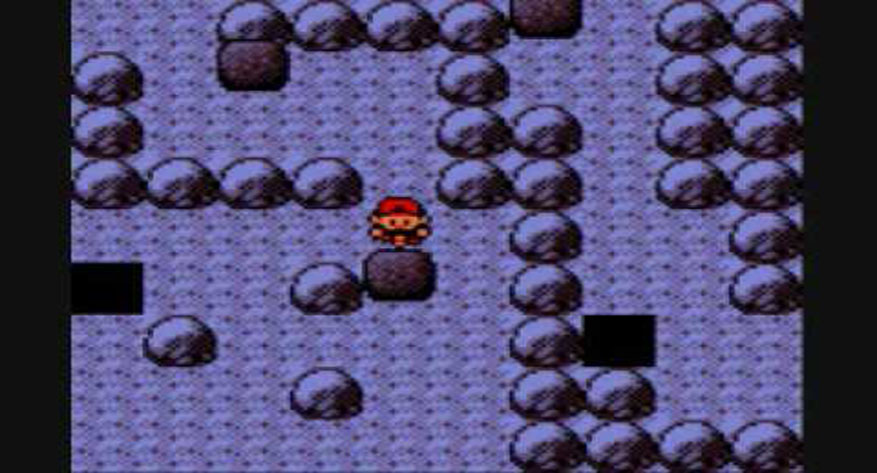 This area was the most frustrating area for me when I was seven. Not only are there tons of wild Pokemon here that are annoying with their freezing moves, but there are annoying ice paths you have to move across in a particular path without seeing what is ahead of you. Way too much time was spent sliding into the same rocks over and over again. Combine that with the fact that you need a Pokemon with the Strength HM to progress can completely mess with your party overall. 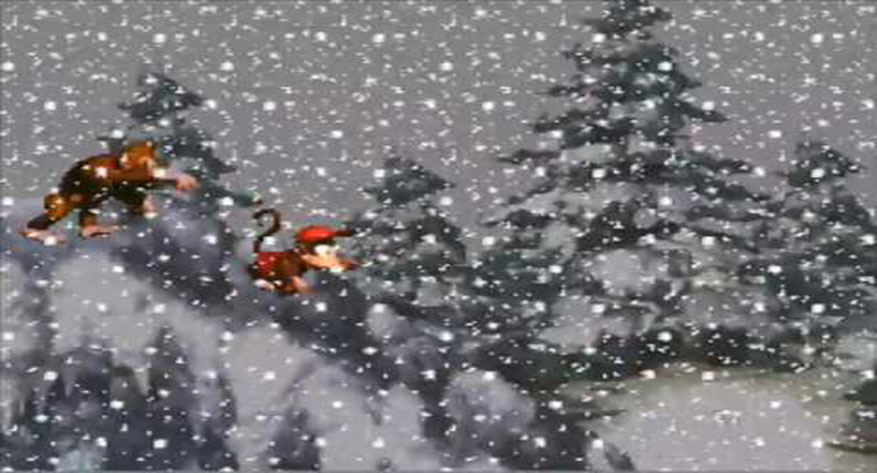 Donkey Kong Country already had loose controls. The basic levels at the beginning can leave the big ape slipping into falling to his death. Putting DK in an icy region makes moving around more difficult than before. If that wasn’t enough, a snow storm picks up making the screen dark and filled with the dumb white stuff that makes me hate life for a good 4-5 months. 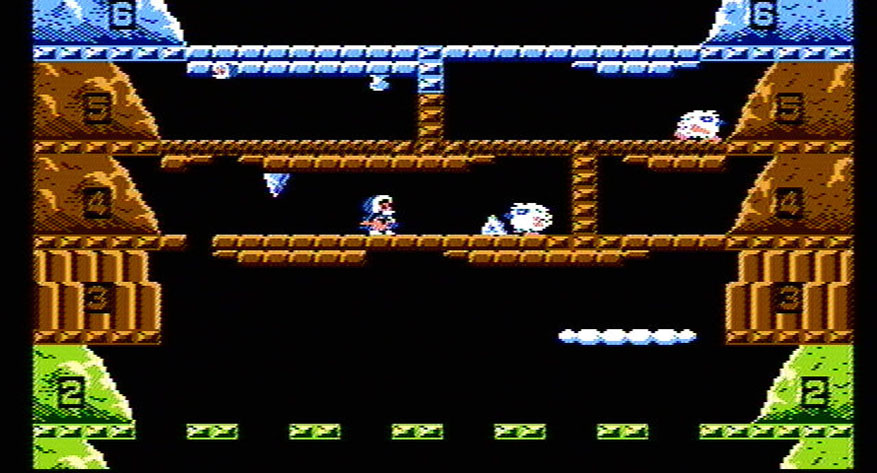 There is a reason no one knew much about the Ice Climbers until they made their first appearance in Super Smash Bros. Melee. Their lone game released on the NES is very forgettable. Not only is the game centered around climbing ice, the worst thing to exist, but the reason we are climbing is to save vegetables from a condor. What?

Those are some of the snow and ice levels that make me hate life even more than I already do. What are yours? Be sure to let me know in the comments!