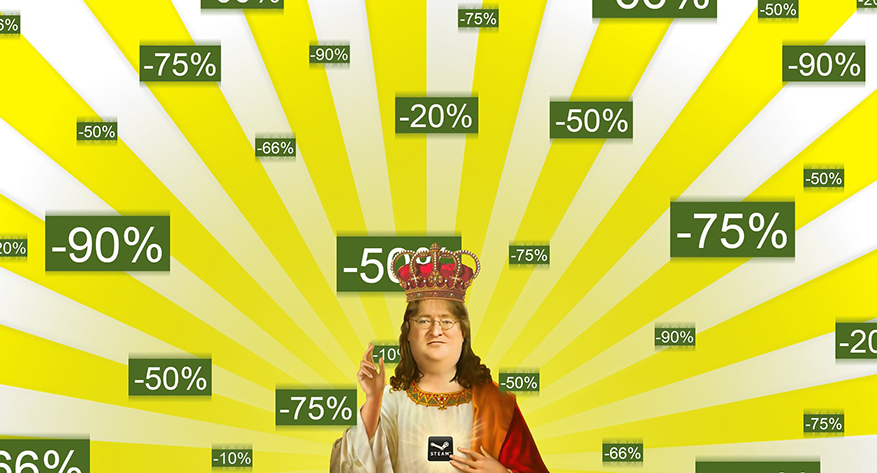 The 2018 Steam summer sale is LIVE! Here are 31 games you should pick up and come recommended by the staff here at Culture of Gaming.

The bundle contains both Metro 2033 Redux and Metro Last Light Redux. Explore the underground metro tunnels in a post-war Russia, fighting for survival and answers. Two fantastic games that run and look great, and get you ready for the upcoming Metro: Exodus game.

Ori is a fun, beautiful platformer that will appeal to all ages. Upgrades and new abilities are given to you at a pace that always makes you feel like you are progressing, and each level has its own unique mechanic to spice things up. The next game in the series, Ori and the Will of the Wisps is coming in 2019, and this is the perfect way to get your feet wet.

Two wonderful games that will run on pretty much any modern PC now. Explore both Washington D.C. and a reimagined Las Vegas 200 years after a nuclear war. The fun extends even further with the ability to mod to your heart’s content.

PC Building Simulator is great if you are an aspiring system builder, and would like to experience the basic process of building your own system. Or if you already are a builder, and are planning a new build, this effectively works as a “Google Sketch Up” program for planning. Its career mode is decently fun for a couple of hours. It recently updated for simulating overclocking.

Any modern PC is now capable of running MW2, and it is one of the greatest shooters of this generation. The PC player base is still pretty active, and hackers aren’t too rampant. Of course, the classic, epic campaign is a must. Great pick up.

To The Moon is an incredible, story driven game. Recently an announcement was made that it is being adapted into an animation. The narrative provides a moving commentary on life and fulfillment, and is accompanied by an emotional soundtrack.

Finding Paradise is the sequel to To The Moon and provides another gripping narrative. While neither of these games have much in terms of gameplay, they are both far more interactive than a visual novel. And of course, the insanely well composed soundtrack returns, providing the perfect backdrop for the story.

Tomb Raider acts as a reboot of the series, and is incredibly well done. The keyword here is re-invention. Much of the gameplay elements have been changed over previous entries in the series. And of course, the story is brand new, and takes you on the journey of how Lara became the infamous archaeologist.

The sequel to Tomb Raider, Rise further refines the elements and mechanics introduced in the first game, as well as provide the player with another world to explore, delving into more diverse environments like snow.

$7.49 may seem a little steep for a 2013 game, but fear not it is worth it. Great story and great gameplay. Still holds up incredibly well, and has one of my favorite companions in gaming.

Transistor is a fun game from the creators of Bastion. Transistor fully realizes everything about itself, from soundtrack to gameplay, and is almost perfectly executed. The game requires you to think to make it through the challenging and masterfully crafted levels. Almost any PC can run this game, and is definitely worth the pick up.

While I can also recommend the next two games in the series, this is the one that started it all. The Witcher has a semi open world that still holds up today, and is accompanied by a political Game of Thrones-esque narrative. The combat is much different than the other games, and will take some getting used. On PC, I would recommend the Rise of the White Wolf mod. The Witcher 2 is $2.99, while The Witcher 3 is $19.99.

Perhaps the quintessential turn based strategy game for PC. The bundle contains the base game as well as both expansions and accompanying DLC. This game will have you up until 2 in the morning just saying “one….more…..turn..”.

Okami is a heavily stylistic and unique game. Lose yourself in this mythical rendition of Japan, as you bring life to the land you are thrust into, with nothing more than a paint brush. Okami provides an experience that should be played by all.

Hideo Kojima’s swan song from Konami.  The Fox engine is incredibly optimized, and allows you absolute freedom in gameplay. The story is of course Kojima-esque with plenty of weird, but no previous Metal Gear experience is needed to enjoy or grasp this game’s story.

“Because Battlefield is too easy”. ARMA 3 and its APEX expansion which adds a brand new jungle landscape to play in, can be had for a heavily discounted price. Lose yourself in the tactical military sandbox that is ARMA 3, solo or with friends. There is a steep learning curve, but ARMA 3 is a truly unique shooter experience.

Although Dark Souls Remastered recently released, I personally can’t recommend it due to From Software having pulled the Prepare To Die Edition from the store. Anyway, Dark Souls III is ironically perhaps the best introduction into the souls series,and can be had for $14.99, or $25.49 which includes the Ashes of Ariandel and The Ringed City DLCs, which both add some solid hours of gameplay. The combat and mechanics at their most refined and approachable here. Heavily atmospheric, you will lose yourself in the universe of Souls after playing this game.

Rip and tear until it is done. DOOM is a refreshing shooter, which blends elements of older twitch shooters into a modern engine. The blood, the gore, and of course the unending rage of your character can be experienced in its well optimized glory for a well discounted price.

Would you kill the man who took everything from you? Or would you shame him so he is exiled from the very organization he created? The choice is yours in Dishonored which offers you multiple playstyles from stealth to assault.

What more can be said about Skyrim? This new edition includes all of the DLC as well as a the latest engine from Bethesda. The modding community is still ridiculously active, not only for the Special Edition but for the original game as well. Fear not, most mods for original Skyrim will work on Special Edition with a minor amount of effort made easy with community tools. Shout your way through the mountains for only $19.99.

This game appears simplistic on the surface, but once the shroud is removed, becomes an incredibly fun challenge you can spend hours on. Practically any PC will be able to play this, so its accessibility is through the roof. FTL can be picked up for $2.49.

This top down shooter is……let’s just call it unique. The first entry is a solid game in of itself with fantastic, challenging level designs that test your skill and ability to think quickly. Upon death (and you will die A LOT) just a button press and you’re back in the action again. The second entry takes everything great about the first game and cranks it up to 11. The bundle that contains both games as well as the soundtrack can be had for $7.48.

“Because ARMA is too much.” Somewhere between ARMA and Battlefield is Insurgency. A tactical shooter that is more than challenging, and is best experienced with friends, as, if you are feeling generous, a 4-pack of the game can be yours for $6.99.

You probably aren’t going to space today. This fun, innocent game will have you for hours trying to perfectly engineer the most efficient space vessels you can. Did I mention there are mods? Hundreds if not thousands of hours of fun and explosions are yours!

Admittedly, this game has been quiet for awhile. Upon writing this article, I was surprised to find out how active and big this game still is. If you have not experienced the explosive sensation that this game is, then I encourage you to pick it up. Wouldn’t the World Cup be even better to watch with rocket powered cars?

Between Metro and Fallout, exists STALKER. One might even say Metro is a spiritual successor to STALKER. This game still has a strong cult following, which you can join for $5.99.

Starbound is a unique take on the crafting genre, and is done in the style of Terraria with a science fiction setting. Hop from planet to planet gathering valuable resources to improve your technology, and craft bigger and better tools.

I hate Nazis. I’m sure we all do. If you’ve wanted to kill some and retake America form a hostile occupation force, now is your chance. Fight to restore the American dream in this alternate history narrative.

Friendly reminder that the Steam servers may be bogged down due to the store traffic during the start of the sale. It is also recommended as a best practice to buy games individually so you can take advantage of the Steam refund system. Happy gaming!