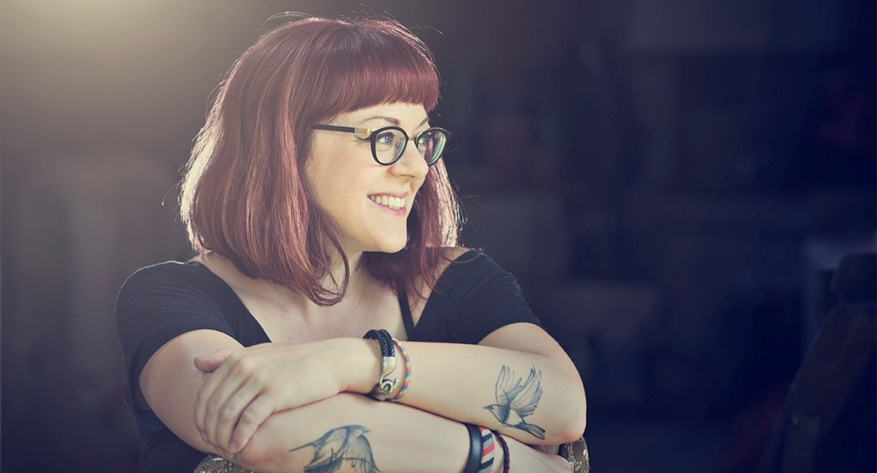 Kevin Alvarez: “Was Maxim Maresh your first character choice for a Shades of Magic comic series?”

V.E. Schwab: “Yes, indeed! He had a very specific backstory, one I wasn’t able to fully explore in the books without diverting plot and tension from the main cast. On top of that, he’s a fairly static character, set in his ways by the time we meet him in A Darker Shade of Magic. Steel Prince gave me the opportunity to explore the events that shaped him, when he was his son, Rhy’s, age.”

Kevin Alvarez: “Prince Maxim lives up to his name and reputation, have you been reached out by fans who started delving into the Shades of Magic because of The Steel Prince series?”

V.E. Schwab: “Yes! I obviously hoped that would happen, it’s been a bit of a thrill, and I think/hope we’ll see more of it as the comics come out in trade paperback, a medium that segues very nicely into the novels (it helps they’re shelved in the same section and/or same store).”

Kevin Alvarez: “What are your thoughts on lore expansion and stories outside a traditional novel?”

V.E. Schwab: “I mean, obviously I’m for it, since I’m participating, but I think change of medium can offer a lot of opportunities for a creator, especially one with a fairly large fictional landscape to work with. I chose to do Steel Prince because I’d already sold the next three novels in the Shades world, but those moved forward in time, and I wanted the chance to move back, and tell some of the…not smaller stories, but more encapsulated ones. Plus, as a cinematic thinker, and all around comics fan, it’s really such a privilege to see my work translated into a visual medium.”

Kevin Alvarez: “Do you work closely with Andrea Olimpieri and Enrica Angiolini on how locations and magic look like? How does the process work? Do you have final say on how the characters are portrayed? How do you feel about their work thus far?”

V.E. Schwab: “I do! I write the full scripts, and then work very closely with my editor and the artistic team to make sure the version of the comic coming to life is the version in my head. I think that’s what I can offer readers, not a concrete truth but the visual translation of the author’s idea. I’ve been very happy with their work.”

Kevin Alvarez: “Could new characters introduced in a comic book series like The Steel Prince find themselves in later novels?”

V.E. Schwab: “Possibly, but there’s nearly a 40 year lag between the Steel Prince comic and the next sequence of novels (Threads of Power), so a character would have to be quite young in the comics, or someone like Maris, the captain of the floating market in the books, who doesn’t age at a normal rate. But in a world with magic, best to never rule anything out.”

What’s on the horizon?

Kevin Alvarez: “Would you be interested in telling tales set in different London realms before they were closed off?”

V.E. Schwab: “This is the challenge of dealing with a very large world that is also moving forward in time, evolving magically and historically–there’s a massive temptation to go poking in every corner! So far I’ve only told stories from after the fall, so to speak, because that’s where my cast of characters and the tension of isolated/abandoned worlds comes in, but I wouldn’t be opposed to one day peaking behind the curtain of the past.”

Kevin Alvarez: “Would you ever consider having a crossover comic book (or novel) between Shades of Magic and The Villains series?”

V.E. Schwab: “My head spins at the thought of it! I’m not sure those rule systems are very compatible, but there is a fascinating fan theory that the events at the very end of A Conjuring of Light pave the way for the magic/supernatural systems in every other one of my books.”