Series That Skipped Last-Gen I Want Back Next-Gen 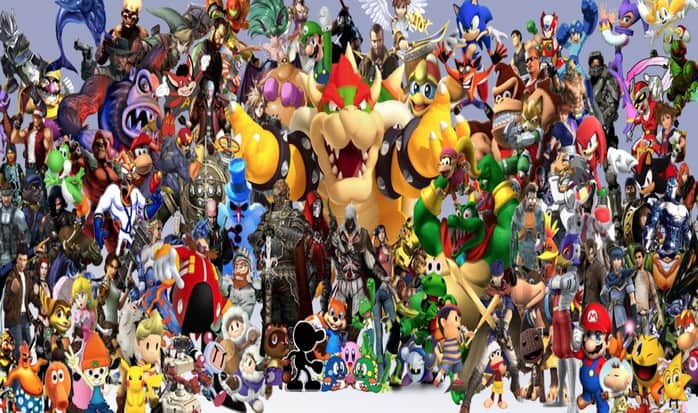 We’re all looking forward to next-gen and the shiny new games we’ll be playing. And yeah, I am too, but I’m also the old man in the room yelling for the old thing again. Give me new IPs. Give me new adventures and memories. I welcome them with open arms. It’s just that I can’t write an article about the top 5 new IPs I want because it’s impossible. But, you know, there are a couple familiar series out there would be cool to see again. Maybe some that were put on the bench last generation? No one needs to ask for a new Call of Duty or Assassin’s Creed. Guess what? You don’t have to worry about those. They’ll be there.

The next best thing to a new IP is bringing back something we haven’t seen in a while. This generation went on for a full 6 years. Sure, that’s not as long as the previous generation. But 6 years is totally long enough to miss some old franchises. If it’s long enough to get a master’s degree, it’s long enough to want an old game series again. So, rather than waste another 6 years waiting for video games instead of doing something productive with my life, I’m going to write about these inconsequential video game series that we didn’t get last generation but want to see next-gen.

First Encounter Assault Recon. Is there a more early 2000’s nonsense title? Yes, and that’s F3AR. But let’s not talk about that right now. FEAR was known for 2 things at launch. First was the amazing and believable AI at the time. Second was how good the shotgun looked and felt in slo-mo. Oh, and maybe spooks too. The point is, AI and slo-mo are two areas next-gen can really shine. Going back to it, the AI in the first FEAR isn’t all that amazing. The troops will flank you, and their chatter does a lot for making them seem really intelligent. Otherwise, they’re not all that special in terms of FPS targets. The thing is we were impressed then, and nostalgia is a powerful filter. What better way to show off what next-gen AI is capable of than bringing back the series some consider the peak of FPS AI?

Unlike the AI, the shotgun in FEAR is absolutely deserving of the hype it gets. Slowing down time, jamming the barrel into an enemy’s gut, and turning them into red mist is a treat for the senses. Now imagine that same thing, but with all the particle effects and details next-gen can handle. Just think of how satisfying all that gore, particles, and lighting will be slowed down? Seriously, we’ve already seen a lot of impressive particle effects and details shown off. FEAR’s slo-mo is how you really get players to appreciate it.

I don’t like racing games. A lot of people don’t like racing games, but here’s the thing. Even people who don’t like racing games love Burnout. This series is like a holdover from the ’90s where games were made more “arcade-y”. Think of NFL Blitz and Wayne Gretzky’s 3D Hockey ’98. Rather than be a super realistic sim, Burnout decide to just be, you know, fun. What’s fun about racing? Going fast, crashing other cars, and crashing yourself. That last one wasn’t really a thing until Burnout came along and added the “aftertouch” system. This let you control your crashed car’s carcass to wreck other cars or racers, and even explode yourself when the time is right. Genius.

Not counting the remaster, Burnout has been absent since 2008, or 2011 if you count the spin-off arcade game. Either way, the time has come for Burnout. Car’s are basically photo realistic now, which will make them all the more satisfying to smash together like a child playing with toys. Like FEAR the slo-mo effect on crashes, seeing windshields shatter, hoods crumple, and tires burst into flame would look amazing. Seriously, do I even need to argue for this one?

So, admittedly there’s no next-gen specific reason Mega Man X has to come back this gen. I just really want another game in the series. Come on, they brought back the original Mega Man in his classic form, so why not X? Those compilation games only make it worse, too. You know when the last X game was? The end of 2004 in America! 16 years ago! Children have been born and gotten their driver’s license in that time! Plus, X8 wasn’t even good! Make X9 a traditional 2D X game you cowards! And while I’m making demands, if you do make X9, don’t try to be cute naming X10. The temptation is there to make it XX or something stupid like that, but please restrain yourself. Actually, maybe calling it Mega Man 20XX could be cool…Call me Capcom.

Okay, we’ve all been waiting patiently long enough. Stop teasing us and give us a new Splinter Cell. Seriously, this one is more about how many hints and teases there have been without an actual announcement. Stealth games need a resurgence. MGS is gone, which leaves…what else? Theif? In terms of AAA stealth games, the genre is pretty sparse. Splinter Cell could easily fill that hole with basically no competition. Just dial back the more action elements. The series was drifting a bit too far from its roots in later titles. Give us intricate levels, smart AI, and a fun set of tools to utilize to get in and out unnoticed. That’s all we’re asking for. Oh, and Michael Ironside, of course.

Remember Turok from 2008? No? Yeah, that’s because the textures are still loading in. Boy, what a disgrace to the idea of Turok. Now, though, is the perfect chance to restore this once amazing franchise to glory. Horizon has basically done half the work, too. Just make real dinosaurs, some humanoid-dino hybrid things, set it in first person, and give us a ton of creative and fun weapons. Okay, maybe it’s not that easy, but it would be totally worth it! The old Turok games were desperate for more powerful hardware. And dual analogue sticks, but mostly hardware.

Now we can really make immersive jungle environments. Think of how intense it could be hunting with your bow in the bushes only to catch a glimpse of something hunting you in the distant foliage. Plus, Turok has a ton of good will from older gamers, and would be basically new to the younger crowd. Either way, everyone loves dinosaurs and guns. Just make them the cool dinosaurs please. I don’t want to see feathers even if it’s technically “accurate”.