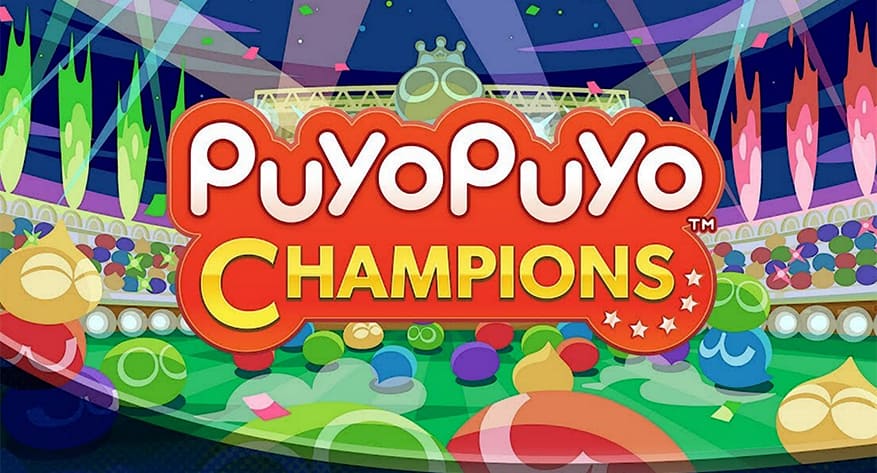 Sega has announced that Puyo Puyo Champions, a competitive puzzle games, is coming to Western audiences. Champions is releasing on PlayStation 4, Xbox One, Nintendo Switch, and Steam on May 7th for only $10.

Puyo Puyo has players stacking slime creatures in order to get them off of your screen, similar to Tetris. When competing against another player, you can match up your slimes to fill up the player’s screen with even more slime. The series has caught on with players in Japan, warranting the release of Puyo Puyo Champions (known as Puyo Puyo eSports) in Japan last September.

Puyo Puyo Champions is highly competitive, and is officially recognized by the Japan eSports Union (JESU), a group which aims to promote eSports across the country. They even provide licenses for professional players playing certain games according to their website.

Puyo Puyo Champions is a competitive game with a “strong focus on global online competitive multiplayer” according to Sega. It includes a new eight-player tournament mode for local battles and feature 25 playable characters from throughout the Puyo Puyo series.

Room in the States?

Fans have been asking for Puyo Puyo eSports to be ported for Western audiences. Since the “eSports” title was probably too on the nose for the West, Sega changed it to Puyo Puyo Champions.

Take on the world in the thrilling puzzle game Puyo Puyo Champions (known in Asia as Puyo Puyo eSports), coming to PS4, XB1, Nintendo Switch and Steam on May 7th!https://t.co/ngnMnCcYkz pic.twitter.com/qx5qdWS0GW

With the coming release of Champions and a low price tag, we might witness a Puyo Puyo resurgence. Hopefully Champions will please fans and introduce a wider audience to more competitive puzzlers similar to Tetris 99.

For more information about Sega and other eSports-related news, tune into Culture of Gaming for more.