Season of Arrivals in Destiny 2 – Should You Jump In? 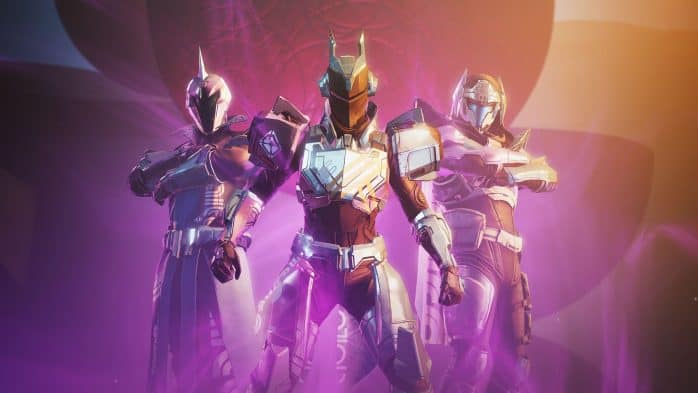 Destiny 2: Season of Arrivals has been in full swing for about 2 weeks now. Bungie announced not too long ago about their future plans for Destiny 2 and what’s to come for our guardians. They unveiled a new location and new emerging powers, which I mentioned earlier that week.

The biggest question going around on several forums, Reddit threads, and social media is: should you jump back into Destiny 2 now? I would say right now would be the best time to jump in. New players can play the free version of the game and buy the expansion. There is more content than ever to keep players entertained but I do need to highlight a couple of key changes implemented during Season of Arrivals.

Destiny came out in September of 2014 to mixed reviews but still managed to get a huge following of players. I don’t think anyone can call Destiny a monumental success but they are still the only game in town that fulfilled their role of a ‘Games as a Service’ model (not quite the 10 year plan, but close).

Anthem and The Division 2 tried to follow the exact model but still fumbled and lacked the flexibility of the game designers at Bungie. We are heading into a new trilogy of expansions that will redefine the game and deliver a promise made years ago. Minor spoilers about why right now it would be the best time to play Destiny 2’s current season.

Season of Arrivals talks about The Darkness finally in range and invading our solar system. The Darkness is a mythical power that had been teased since the original game and what caused the collapsed state of humanity. This current season is the prequel of sorts to that impending doom with pyramid-like ships invading several planets in the game currently. There are new weapons and story missions that are starting to layout and connect Shadowkeep’s main story to Beyond Light.

Guardians need to keep The Darkness at bay long enough until we can grasp our next move. This season launched a new event and a new dungeon for players to grind through while tying up any loose ends before Beyond Light this fall. Season of Arrivals is offering players just enough of a tease about the next story expansion in the same way that a game like WoW updates a before launch patch.

Be warned! One thing that you need to know is that Bungie will be removing content from the game once Beyond Light launches.

Bungie explained that the game is frankly too big to manage with all the types of events and currency each new iteration of the game provides. The developers explained that with this new trilogy, “The Darkness Saga,” they’re implementing changes to not only streamline the gameplay but also revamp older content as well. The following planets will be removed from Destiny 2:  Mars, Io, Titan, and Mercury. All story campaigns, missions, and matchmade-strikes will also be going into the Bungie vault.

While it is unfortunate that these places will be leaving the game, Bungie has clarified that they are bringing older content back with a new revamp. Bungie announced that Destiny 2 will be getting some older strikes and a new remix version of the infamous raid from the first game, Vault of Glass, in Beyond Light.

However, that also means that if there is now a time limit on when you can do the story missions before Beyond Light’s release date in September. Many players love Destiny 2 both for the gameplay and the lore; even if the lore isn’t always consistent. If you’re in it to learn the story and the major beats that lead into The Red War and Forsaken, I would highly recommend getting into this season before those stories and strikes are no longer part of the game.

Bungie is almost done fulfilling the Destiny promise they made all those years ago with Activision. This last set of expansions is going to deliver on a 7-year journey. It’s both exciting and worrisome. Can Bungie pull off such a monumental achievement? The closest comparison would be World of Warcraft. A game that still delivers new content but never had a set plan on how the story would progress.

Season of Arrivals is offering players a chance to be part of The Darkness saga as a prequel to the main event. Shadowkeep created a nice base and pivot after the events set up in Destiny 2: Forsaken. While Season of Arrivals won’t be heavy on story content like a pure expansion, it is setting things up nicely and leading up to Beyond Light. Plus armor rolls, weapons, several sandbox changes are being implemented to evolve Destiny in the coming years. Getting used to the new systems now and experimenting would be advisable.

Or you can jump in when Beyond Light releases this fall and be on a somewhat even playing field. The start of any big expansion is always a good starting point that worked out for The Taken King in Destiny 1 and Forsaken in Destiny 2.

Are you jumping in with Season of Arrivals or will you wait for Beyond Light? Let us know in the comments below! Don’t forget to check out my review for One Step From Eden on Nintendo Switch or my piece on whether VR is mainstream ready. For more great interviews, reviews, editorials, and news stay tuned to CultureOfGaming.com or check us out on OpenCritic.com!